OUT OF MIND » PERCEPTUAL AWARENESS » THE SHIFT IN CONSCIOUSNESS » New moon in Sagittarius: adjustments and exploration

We are having a New Moon in Sagittarius on November 26th in most parts of the world and on the early hours of the 27th in the time zones furthest East. This is initiating a new 29.5 day lunar cycle and new wave of energy for the coming month; however, the astrological configurations mentioned in this article will be more prominent over the coming two weeks. This cycle will include a Full Moon in Gemini on December 11th/12th.
This New Moon is a month away from the first of two Winter Eclipses, and therefore the effects of them may already begin to play out for some people. Eclipses facilitate changes and evolutionary developments in specific areas of our lives depending on how they are configured with your personal astrology chart. However, they  can also play out in the 3-6 months following and are not always noticeable around the time they are occurring.
Mercury also ended its retrograde on November 20th/21st and will be in its post-shadow period until December 7th/8th while still in Scorpio. This is a period in which we may progress forward and/or have more clarity in regards to certain themes, issues, insights, or developments that have come up during the retrograde.
New Moon In Sagittarius Quincunx Uranus, Trine Chiron
Sagittarius season began on November 22nd/23rd, however, this New Moon activates its themes even more so and imprints it into the Lunar cycle. This period is good for working with and co-creating with its energies and themes.

Sagittarius is about exploration, experience, learning, teaching, travel, foreign lands, philosophies, religion, beliefs, morals, righteousness,  idealism, luck, and optimism. It is also associated with things like marketing, media, and sales. As a fire sign it is passionate and instinctual. Negatively, Sagittarius energy can be excessive, blunt, egotistical, argumentative, opinionated, preachy, unrealistic, disregarding of consequences, and have a ‘know-it-all’ complex.
This New Moon is in a quincunx with Uranus which is separating from an opposition with Mars. This can reflect disruptions, instability, changes, shake ups, accidents, separations, rebellion, surprises, or losses that can be an annoyance and may require adjustments. This energy is strongest on the day of, and days leading up to, the New Moon.
This Lunation is also in a trine with Chiron which is slowing down to end its retrograde during the upcoming Full Moon phase. This month can be great for developments around healing, self-awareness, spiritual/holistic understandings, or the pursuit of wholeness and integration.
We can more easily make progress in addressing our wounds and shortcomings to help us unlock more of our positive potential. Chiron is also supportive for doing things in an unorthodox way and bringing things together that are usually separate from each other.
Jupiter Finishing It’s Run In Sagittarius Before Entering Capricorn
The ruler of this New Moon, Jupiter, is at the end of its own sign Sagittarius which really strengthens and amplifies the Sagittarian qualities mentioned above as well as overlapping Jupiter themes. It is near the Center of the Galaxy which is a highly significant part of the sky.
The Galactic Center is associated with aspirations, divine inspiration, higher consciousness, evolution, and spirituality. However, its energies can also sometimes trigger pressure, crisis, and challenging situations to help facilitate a needed change. It may be connected to beliefs or higher perspectives. 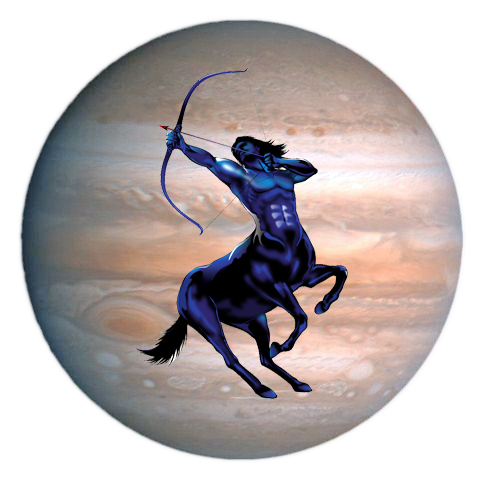 Jupiter then enters Capricorn on December 2nd/3rd where it will stay until mid December 2020.  Traditionally, it is considered to be challenged in Capricorn as it doesn’t express itself in the way that it likes to. Jupiter is naturally boundless and idealistic while Capricorn is a Saturn ruled Earth sign oriented towards achievement through hard work and discipline within the constructs, limitations, and realities of the physical world.
However, there are still  benefits to Jupiter in Capricorn. In this sign, it can reflect expansive energy towards goals, ambitions, structures, duties, and traditions. It can be good for learning things to help us with achieving, entrepreneurship, pursuing mastery, managing aspects of our lives, or being more productive.
Jupiter will also be moving towards the South Node which will be exact in January. This can also reflect some sort of endings in connection to how Jupiter and Capricorn is expressed in a specific area of our lives.
Neptune Going Direct, In A Trine With Mercury
At the time of this New Moon, Neptune in Pisces is transitioning out of its retrograde and starts to slowly progress forward in the following days.  I generally don’t put much emphasis on the actual retrograde periods of the ‘outer planets’ in my articles, however, in the weeks and days near the transition the general energies of that planet can become more noticeable.
It is also possible that certain things that occur at this time may be connected to something that transpired in the second half of June when the retrograde began. Neptune themes that may be highlighted could have something to do with creativity, imagination, visual arts, film/photography, fantasy, dreams, spirituality, divinity, soul mates, compassion, as well as practices and substances that induce psychedelic experiences.
Neptune is also associated with escapism, drugs, alcohol, and behavior that is flaky, delusional and deceptive. Some people may start to realize (or began to realize in June) that they were not seeing a situation clearly or perhaps projecting illusions onto something going on in their life.

With Mercury now moving direct while in a trine with Neptune, we may have a better perception around a situation. This configuration can also reflect heightened intuition, inspiration, or thinking and communicating in a way that is spiritual, creative, or compassionate. This is strongest on November 27th and 28th.
Venus Square Chiron, Trine Uranus, and Conjunct South Node While Sextile Mars
Venus in Capricorn is in a square with Chiron which is strongest on the 26th and 27th but can play out through the Lunar Cycle. This can trigger wounds, blockages, or perceived inadequacies pertaining to values, relationships, appearance, pleasures, or money. However, this can also be an opportunity to bring awareness or potential healing and growth to these areas.
Venus than moves towards a trine with Uranus which is exact on November 28th. This can be stimulating when it comes to our relations. There can be something new, unusual, exciting, insightful, or positively surprising which can play out socially, romantically, financially, creatively, or in regards to fun activities. This can also be a good time for aesthetic developments such as changing the appearance of something or even obtaining things like clothing or other material items.
Venus will then align with the South Node while in a sextile with Mars in Scorpio from December 2nd-3rd.  This can be a good time for activities with others, creative pursuits, or romance. However, there may be something pertaining to old behaviors or aspects of love, friendships, values, or pleasures that are no longer serving us and getting in the way of our growth. It’s possible that what transpires at this time can bring some sort of realization to something that we need to let go of. Mercury will also be in a sextile with Pluto at the same time which can help us with a depth of understanding.
Making Intentions And Things To Consider
What has come up for you during the previous Mercury Retrograde (from Oct 31st – Nov 20th) and in this last week following it? How should you proceed based on realizations or developments that have transpired? Is there anything coming up now to help you grow spiritually? Are there new perspectives coming into your life that may influence your beliefs and awareness? Is there anything that you feel like you need to learn? How are your wounds or blockages affecting your relationships and what can you do to help improve the situation?
These are just some examples of what to consider or focus your intentions on at this time; however, it is good to reflect on anything else that is coming up for you. It is generally best to make any intentions within the first 24 hours following a New Moon. The exact moment of it will be occurring at 3:06pm Universal Time on November 26th.  You can click here to see what that is in your time zone.

OUT OF MIND » PERCEPTUAL AWARENESS » THE SHIFT IN CONSCIOUSNESS » New moon in Sagittarius: adjustments and exploration