OUT OF MIND » TRUTH IN CONSPIRACY THEORIES? » #EPSTEINDIDN'TKILLHIMSELF » NO JURISDICTION? SCOTLAND YARD FORCED TO EXPLAIN WHY IT DROPPED SEX TRAFFICKING PROBE INTO EPSTEIN & PRINCE ANDREW

NO JURISDICTION? SCOTLAND YARD FORCED TO EXPLAIN WHY IT DROPPED SEX TRAFFICKING PROBE INTO EPSTEIN & PRINCE ANDREW Sun Dec 01, 2019 1:43 am 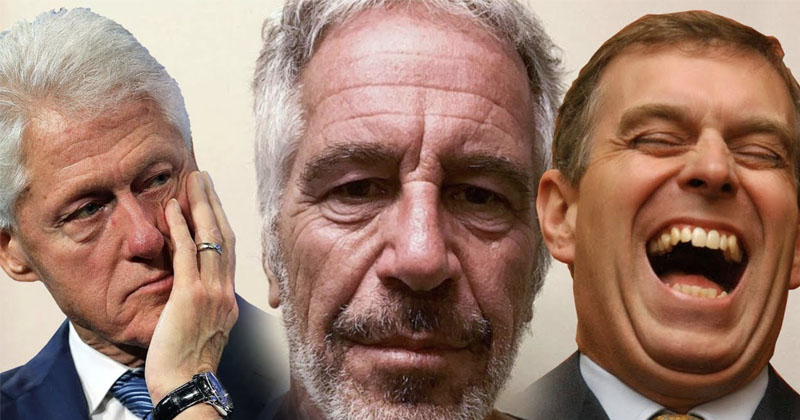 Source: RT
The Met had to give an explanation for why it stopped investigating allegations of sex trafficking against Jeffrey Epstein after a woman who claims she was forced to have sex with the Duke of York accused the police of corruption.
Virginia Giuffre is pictured in a now-notorious photo of Prince Andrew with his hand around her bare waist, with Epstein and the Duke’s ‘friend’ Ghislaine Maxwell in the background. Then a teenager, she claims to have had sex with the royal at least three times back in 2001.
Some 14 years later, she brought her story to the Metropolitan Police Service, only to see the probe dropped rather quickly. “At first the Scotland Yard told me they were going to forensically examine [Ghislaine Maxwell’s] house in London – next thing I hear, just like the FBI, they were not allowed to pursue the investigation. Corruption in the highelevels (sic) of gov,” Giuffre wrote on Twitter this week.
The Met confirmed on Thursday that they had indeed launched a probe, interviewed Guiffe, got advice from the Crown Prosecution Service, and decided the case was out of their jurisdiction to proceed with a full criminal investigation.

We therefore concluded that the MPS (Metropolitan Police Service) was not the appropriate authority to conduct enquiries in these circumstances.

“It was clear that any investigation into human trafficking would be largely focused on activities and relationships outside the UK,” Commander for Specialist Crime Alex Murray said, noting that Scotland Yard once again reviewed its position in 2019 and it remained unchanged.
Report this ad
Giuffre in the meantime doubled down on her accusations against Prince Andrew in the upcoming interview with the BBC, as the Duke of York faces a growing backlash following his own train-wreck interview with Newsnight about his friendship with the US financier.

OUT OF MIND » TRUTH IN CONSPIRACY THEORIES? » #EPSTEINDIDN'TKILLHIMSELF » NO JURISDICTION? SCOTLAND YARD FORCED TO EXPLAIN WHY IT DROPPED SEX TRAFFICKING PROBE INTO EPSTEIN & PRINCE ANDREW