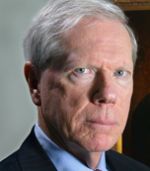 The
election that was supposed to be too close to call turned out not to be
so close after all. In my opinion, Obama won for two reasons: (1) Obama
is non-threatening and inclusive, whereas Romney exuded a “us vs. them”
impression that many found threatening, and (2) the election was not
close enough for the electronic voting machines to steal.

As readers know, I don’t think that either candidate is a good choice
or that either offers a choice. Washington is controlled by powerful
interest groups, not by elections. What the two parties fight over is
not alternative political visions and different legislative agendas, but
which party gets to be the whore for Wall Street, the military-security
complex, Israel Lobby, agribusiness, and energy, mining, and timber
interests.

Being the whore is important, because whores are rewarded for the
services that they render. To win the White House or a presidential
appointment is a career-making event as it makes a person sought after
by rich and powerful interest groups. In Congress the majority party can
provide more services and is thus more valuable than the minority
party. One of our recent presidents who was not rich ended up with $36
million shortly after leaving office, as did former UK prime minister
Tony Blair, who served Washington far better than he served his own
country.

Wars are profitable for the military/security complex. Israel rewards
its servants and punishes its enemies. Staffing environmental
regulatory agencies with energy, mining, and timber executives is
regarded by those interests as very friendly behavior.

Many Americans understand this and do
not bother to vote as they know that whichever candidate or party wins,
the interest groups prevail. Ronald Reagan was the last president who
stood up to interest groups, or, rather, to some of them. Wall Street
did not want his tax rate reductions, as Wall Street thought the result
would be higher inflation and interest rates and the ruination of their
stock and bond portfolios. The military/security complex did not want
Reagan negotiating with Gorbachev to end the cold war.

What is curious is that voters don’t understand how politics really
works. They get carried away with the political rhetoric and do not see
the hypocrisy that is staring them in the face. Proud patriotic macho
American men voted for Romney who went to Israel and, swearing
allegiance to his liege lord, groveled at the feet of Netanyahu. Obama
plays on the heart strings of his supporters by relating a story of a
child with leukemia now protected by Obamacare, while he continues to
murder thousands of children and their parents with drones and other
military actions in seven countries. Obama was able to elicit cheers
from supporters as he described the onward and upward path of America
toward greater moral accomplishments, while his actual record is that of
a tyrant who codified into law the destruction of the US Constitution
and the civil liberties of the American people.

The election was about nothing except who gets to serve the interest
groups. The wars were not an issue in the election. Washington’s
provoking of Iran, Russia, and China by surrounding them with military
bases was not an issue. The unconstitutional powers asserted by the
executive branch to detain citizens indefinitely without due process and
to assassinate them on suspicion alone were not an issue in the
election. The sacrifice of the natural environment to timber, mining,
and energy interests was not an issue, except to promise more sacrifice
of the environment to short-term profits. Out of one side of the mouth
came the nonsense promise of restoring the middle class while from the
other side of the mouth issued defenses of the offshoring of their jobs
and careers as free trade.

The inability to acknowledge and to debate real issues is a threat
not only to the United States but also to the entire world. Washington’s
reckless pursuit of hegemony driven by an insane neoconservative
ideology is leading to military confrontation with Russia and China.
Eleven years of gratuitous wars with more on the way and an economic
policy that protects financial institutions from their mistakes have
burdened the US with massive budget deficits that are being monetized.
The US dollar’s loss of the reserve currency role and hyperinflation are
plausible consequences of disastrous economic policy.

How is it possible that “the world’s only superpower” can hold a
presidential election without any discussion of these very real and
serious problems being part of it? How can anyone be excited or made
hopeful about such an outcome?