Who owns these Buildings and Vehicles on the far side of the Moon?

Who owns these Buildings and Vehicles on the far side of the Moon?

In 2017 we reported the discovery of two unusual features in the crater Paracelsus C on the far side of the moon. The two structures are in fact mining machines/crawlers used for mining operations, conducted by extraterrestrials.

Now it appears that more unusual structures have been discovered on the far side of the moon.

After analyzing another image showing an area of about 507 km2, the researcher states that the local power spectra of the features under study as well as several nearby craters appear to deviate significantly from that of the lunar background. (Read the scientific study, including the moon images, presented in the Journal of Space Exploration here). 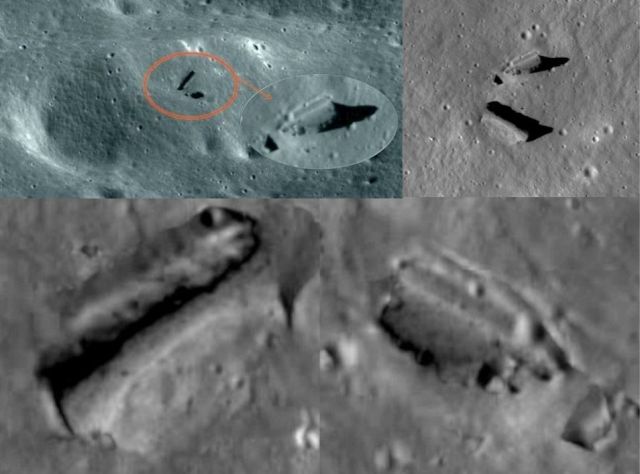 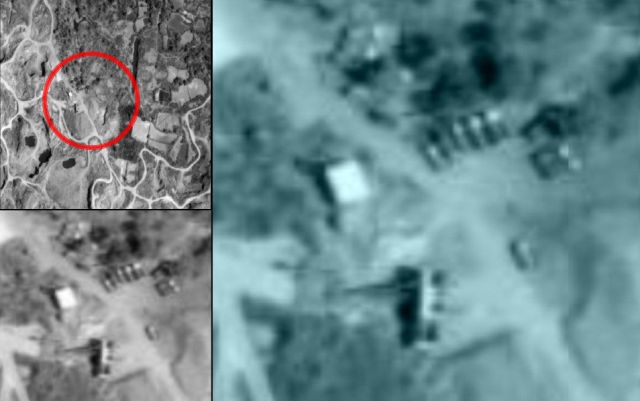 Image above - Buildings and Vehicles.
A long-running conspiracy theory that there are buildings on the moon, which could either be occupied by aliens, or be a secret NASA outpost, becomes very plausible if you look at the above image, it shows us that there are indeed buildings and vehicles on the other side of the moon.

The question is who owns these buildings and vehicles?

Posts : 113
Join date : 2018-11-30
I listened to John Lear on Youtube a lot, friend of Bob Lazar, he had a lot of info about this.  Fascinating man, once you start listening, you can't stop.  He never wrote books but recommended Lou Baldin's book, a day with an Extraterrestrial. Lear is of the opinion all planets & moons are populated with beings, some are people like us.  They mine & use advanced technology machinery.  Earth is apparently some kind of prison planet, lowly ranked in the solar system, Earth beings screwed up, are here to learn to live without envy, greed or hate.  Apparently there is some "soul recycler" on the Moon where we are "evaluated" when we die.

Admin
Posts : 108299
Join date : 2012-01-04
Location : Woodstock Nation
Lazar was a pimp and druggie enabler. Has a huge business that sells stuff so one can make crack and explosives.  Have you checked out some of the research and investigation into him by Steven Cambian? I will dig up the links after I have a cuppa coffee. I always got the creeps looking at Lazar though.
Lear is mostly unsubstantiated but makes for a nice story imo.
Just once I would LOVE to see some actually proof from these guys.

Posts : 113
Join date : 2018-11-30
I'm not as exposed as Americans to alternative theories BUT.. of all the people I've listened to, Lear somehow made sense... and in some way, so did Lazar. Go figure... Nope never heard of Cambian.
I try to keep an open mind, if Lear & Lazar were making money from their stories I'd be cynical, they weren't...

Admin
Posts : 108299
Join date : 2012-01-04
Location : Woodstock Nation
Lazar sold his story book for $30.00 a pop and sold an assload of books. He also received a real fat check for the Netflix movie. His own father came out and debunked his story re: the colleges he said he attended. He is still being investigated into his first wife murder also. Runs a whore house and cooks the books. Supplies crack houses with the glassware they need to make the drugs. Steven did a great job reporting the Lazar story and I highly recommend it.

Here are some links:
https://www.oom2.com/t64671-the-midnight-hour-0016-bob-lazar-bombshells-steven-cambian?highlight=Bob+Lazar

Here is the Lazar library of everything on OOM to date also :)
https://www.oom2.com/search?search_keywords=Bob+Lazar

Posts : 113
Join date : 2018-11-30
Ta for the Links, will look into it.  :)  Please don't blow my comfy bubble about John Lear too LOL, I'm at the stage of my life where one looks for roots of one's origin, the meaning of life etc.  John Lear ticked so many of those boxes.  Anyway, at least it confirms that he was not the only one noticing oddities on the moon.

Posts : 113
Join date : 2018-11-30
LOL PurpleSkyz, it's like drowning in a sea of disinformation holding on to a single straw. If he is dodge, it is what it is, I have to face it. Yes Bill Cooper I followed for a while, Eustace Mullins, David Icke, Credo Mutwa, Jordan Maxwell, Art Bell, etc. Not a newcomer to the Awakening & Consciousness Movement but no time to delve deep. Read Von Daniken when young, fascinated by South American Ancient Architecture, Area 51, Pine Gap etc.

» The Dark Side Of The Moon Astronaut Reports Of Music And The Truth Behind The Moon Landings
» Space Vehicles Parallel Parking on Earth's Moon?
» Three Glowing White Buildings Found In Moon Crater
» Alien Stealth Buildings On Neptunes Moon Triton
» Former NASA Employee Discovers Some Very Strange Buildings on the Moon