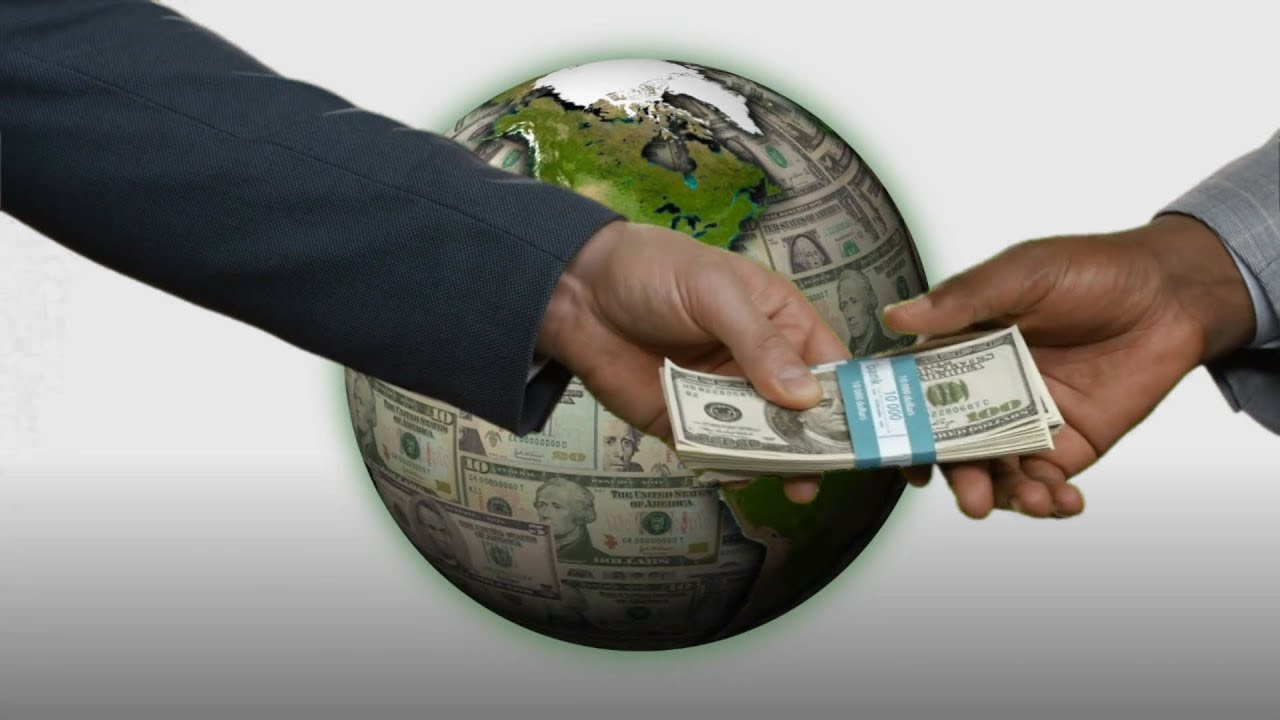 
The Truth Factory is back with this piece about the data manipulation behind the psyop known as “man-made global warming”. She reveals the systematic deceit in the UN’s climate alarmism and the identities of the real “climate deniers” with her proprietary blend of solid data and droll wit that makes her videos so amazing.
The green industry has a dark underbelly that needs to be exposed and this is what she does here. Those pushing the climate agenda the hardest, like the Rockefellers are those with the most to gain.
The Truth Factory shows how the big climate change panels, like NOAA and the IPCC have become nothing more than political lobbying organizations masquerading as scientific bodies to perpetrate fraudulent and dangerous boondoggles like the Green New Deal and carbon taxes, the latter of which have caused mass rioting in France for the past year.
All of the Democrat presidential candidates are pushing the climate hoax, with Andrew Yang often saying that the United States may have to eliminate private car ownership to combat climate change, proposing instead a “constant roving fleet of electric cars.”
At the heart of the climate fraud is the infamous “hockey stick graph” created by Michael Mann, that shows the global surface temperature remaining constant for 1,000 years, then rising abruptly from 1900, “proving” that the warming in the 20th century was due to the increase of greenhouse gases and that modern warming was unprecedented.
However, Mann’s hockey stick pointedly ignored the Medieval Warming Period and the Little Ice Age, in what TTF calls, “a true example of manmade global warming.”
She says, “It turns out that the hockey stick shape could only be created after cherry-picking through hundreds of samples and only using those that gave them the picture that they wanted.
“For example, they derived all the temperatures over the 15th century from looking at a single tree. To quote a tree reconstructor who worked with Michael Mann, ‘You have to pick cherries if you want to make a cherry pie.'”
She says, “It’s these controversies that give us the perception that the global warming establishment has willfully engaged in a campaign to mislead the public.”
We learn that the Green New Deal was written in a weekend, not by climate scientists but by “people with degrees in gender and sexuality studies, which is why it’s peppered with Socialist nonsense like ‘repairing historical oppression’ and giving money to those who are unwilling to work. She points out that the Paris Climate Accord is also riddled with this absurd, ham-handed ideological language.
“At the end of the day, none of these people seemingly actually cares about the environment or science. Even the Extinction Rebellion leader says, ‘It’s not about climate.”
Of course not. The real enemy is toxic, old, white, European racist heterosexuals.
“I’m surprised that the IPCC hasn’t made a graph correlating toxic masculinity to temperature change, since it’s easy to make a plot a graph out of three random data points and not only prove causation but pretend that we can predict the future.”
She reveals that, at the core of the climate hoax is the Rockefeller family, who were catapulted to superwealth in the 20th century by petroleum but in a bid to gain control of the United States’ energy policy in the early 2000s, divested out of fossil fuels and invested in “alternative” energy technologies. According to a leaked memo, they determined to wage war on oil companies, especially Exxon.
“The Rockefellers seem to have their eyes on South Africa, which is extremely rich in high-quality rare earth minerals, something that many modern technologies need and renewable energy technology cannot function without. This includes wind turbines, solar panels, batteries for celebrities’ Teslas and much more. This is the new oil.
“But let me put it to you like this: if you want to make money off of your green energy, all you have to do is crush the competition by making all of their energy sources seem as undesirable as possible. Then you pay people to pressure the government to cripple those industries and then you create a market for your product by shadow-puppetting the UN climate division into creating a wealth redistribution scam, where tax dollars from First World countries go to highly-populated developing nations to “go green”. And the best part is they get to do this under the guise of being climate heroes.”
There are real environmental issues out there, like deforestation, the pollution of the oceans with plastic and the water supply with endocrine disrupting pesticides and psychotropic medications. “There are several realistic actions that we can take to clean up the real problems our world is facing but if man-made climate change were a real threat, there would be only one real solution and it’s not driving a Prius or eating bugs. It’s Soylent Green. We got to start eating babies. I’m just kidding.”

» DEBORAH TAVARES - INFRASTRUCTURE & CLIMATE AGENDA
» Australian Fire Series Part 8 - Climate Fraud & Agenda 21
» Astrophysicist Weather Expert: Climate is Always Changing and Has Nothing to do with Man – Climate “Scientists” are on “Gravy Train” to Secure Funds
» New World Order’s Climate Hustle: Rothschild Climate Report Sauced Up By Pseudo Scientists ~ follow the money!
» Judge Anna: Regarding my purported Agenda – I have no plausible agenda other than what benefits all Americans!