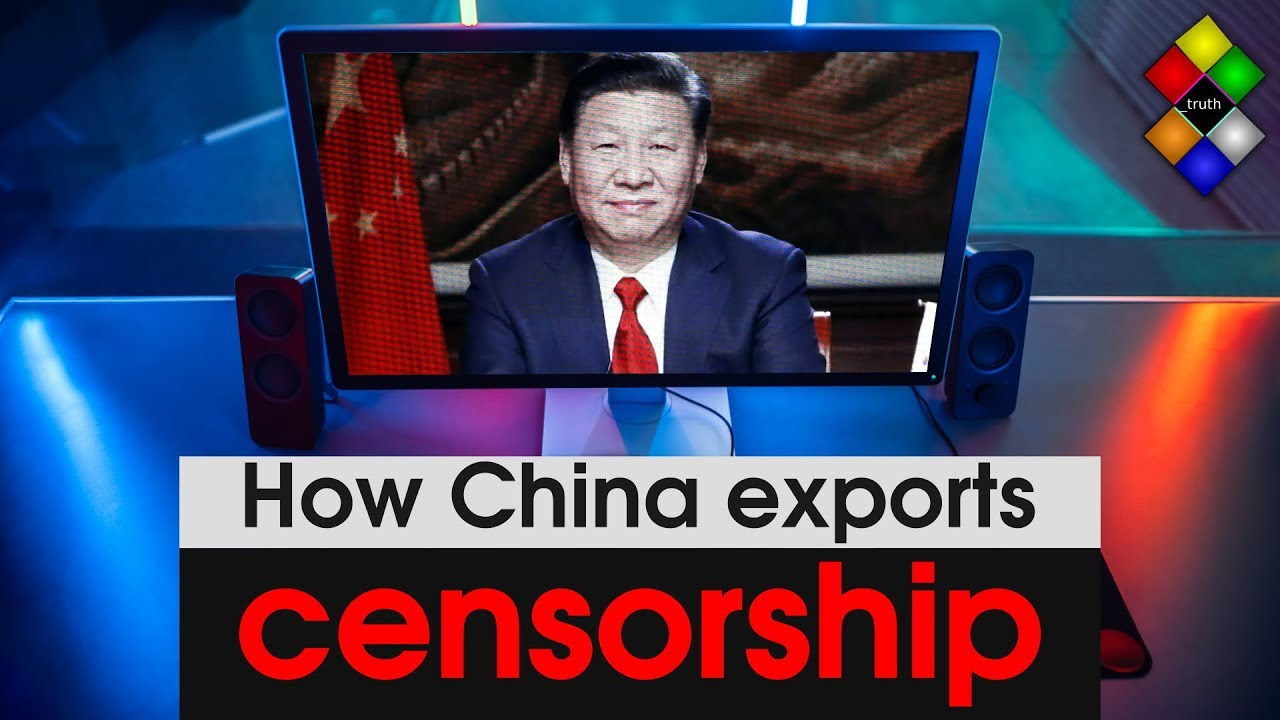 
I’m loving The Hated One – that’s the name of this YouTuber who makes these highly-intelligent videos with his unmistakably Slavic voiceover.
In this video, he shows how Chinese authoritarianism poses an existential threat to Western values via the large corporations that sacrifice those values in order to chase profits.
He says, “If China’s power remains unchallenged, it will unrecognizably transform the future of human rights…
“China’s biggest export is censorship and it’s changing your everyday life. The way you enjoy video games, wear clothing or watch sports events is being shaped by the influence of the Chinese government.
“The Communist Party is able to use economic blackmail to coerce US companies to act as their political proxies. The stories of the NBA and [the video game company] Activision Blizzard are not anomalies, they are a window into the future, where China dictates corporate policies.”
The huge size of the Chinese population and its markets have been weaponized to impose the hegemony of the Chinese Communist Party.

The entire Asia-Pacific region, which also includes the big gaming economies of Japan and South Korea makes up only 12% of Activision Blizzard’s total revenue, with the majority of its revenue is still coming from Western gamers, primarily in North America, which currently makes up 55% of the market. However, the market of Chinese gamers is growing rapidly and is forecasted to reach 354 million by 2023, which is larger than the entire population of the United States.
China has by far the single biggest e-commerce market, with almost $2 trillion in sales; nearly 4 times greater than the United States’. China has the world’s largest Internet population of over 700 million users.
“Companies that can’t resist Chinese revenue streams can choose to censor themselves or be denied access to China, altogether. This is a matter of pure corporate choice. Nobody’s forcing companies into China…
“Many don’t realize that it’s not just their integrity they are trading for profits. Placating Chinese censors legitimizes the country’s authoritarian regime that holds one million Muslims in indoctrination camps and subjects its population to atrocious surveillance and human rights abuses.
“Chinese censorship doesn’t just stay confined within the Chinese borders. As more and more corporations chase profits in Chinese markets, they find themselves blackmailed into complying with Chinese rules even outside of China’s jurisdiction. The latest NBA controversy is the loudest example of this reality.”
He recounts how a single tweet last October by Houston Rockets General Manager, Daryl Morey on his personal account in support of the Hong Kong anti-government protests was enough to cause the Chinese state-run broadcaster, CCTV to cancel all broadcasts of NBA pre-season games. CCTV issued a statement that freedom of speech doesn’t include “challenging a country’s national sovereignty.”
Morey’s tweet could result in the loss of 500 million viewers and it could cost the NBA $4 billion.
“But it doesn’t end there. Even though the Houston Rockets and the NBA denounced the tweet, citing aims to ‘bridge cultural divides’, the Chinese Basketball Association suspended cooperation with the Houston Rockets. The team’s merchandise was ordered to be pulled from several Nike stores in China and searches for all NBA sneakers on Alibaba and JV.com were removed from the results.
“This again put the NBA into a lose-lose situation, as backlash hit back from the United States for pressing ahead with an exhibition game between Lakers and Brooklyn Nets in Shanghai.”
The Chinese government suppresses any speech that challenges their official narrative and is forcing foreign companies to accept their claims on territories in international disputes. Zara, Marriott and Delta Airlines had to update their websites with the “correct” version of the Chinese map that didn’t list Hong Kong and Taiwan as separate countries.
Apple, the iPhone maker removed the Taiwanese flag emoji from devices sold in Hong Kong and Macau and removed the HKmap.live app, that was being used by Hong Kong citizens to stay safe during the violent protests because Chinese state media claimed that protesters were using the app to attack the police.
He says, “In the United States, Apple portrays itself is the only company in Silicon Valley that values the privacy of their customers but in China, Apple banned all VPN apps from its App Store that could help Chinese users bypass the Great Firewall and avoid the potential abuse of their human rights by Chinese authorities.”