Research Shows We Can Heal With Vibration, Frequency & Sound 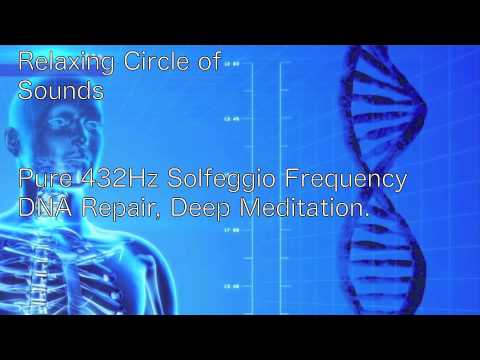 Cymatics is a very interesting topic. It illustrates how sound frequencies move through a particular medium such as water, air, or sand and as a result directly alter physical matter. There are a number of pictures all over the internet as well as youtube videos that demonstrate how matter (particles) adjust to different sounds and different frequencies of sound.
advertisement – learn more
When it comes to ancient knowledge, sound, frequency and vibration have always been perceived as powerful forces that can influence and alter life all the way down to the cellular level. Sound healing methods are often used by Shamans, who employ drums and singing to access trance states. Research has even demonstrated that drumming and singing can can be used to slow fatal brain disease, and it can generate a sense of oneness with the universe . Sound therapy is getting more popular, and it can have many medical applications, especially within the psychological and mental health realms.
Sound, frequency and vibration are used all throughout the animal kingdom, and there are many examples. If we look at the wasp, they use antennal drumming to alter the caste development or phenotype of their larvae. Conventional thinking has held for quite some time that differential nutrition alone can explain why one larvae develops into a non-reproductive worker and one into a reproductive female (gyne).  However, this is not the case, according to a 2011 study:

“But nutrition level alone cannot explain how the first few females to be produced in a colony develop rapidly yet have small body sizes and worker phenotypes. Here, we provide evidence that a mechanical signal biases caste toward a worker phenotype. In Polistes fuscatus, the signal takes the form of antennal drumming (AD), wherein a female trills her antennae synchronously on the rims of nest cells while feeding prey-liquid to larvae. The frequency of AD occurrence is high early in the colony cycle, when larvae destined to become workers are being reared, and low late in the cycle, when gynes are being reared. Subjecting gyne-destined brood to simulated AD-frequency vibrations caused them to emerge as adults with reduced fat stores, a worker trait. This suggests that AD influences the larval developmental trajectory by inhibiting a physiological element that is necessary to trigger diapause, a gyne trait.”

This finding indicates that the acoustic signals produced through drumming within certain species carry biologically meaningful information (literally: ‘to put form into’) that operate epigenetically (i.e. working outside or above the genome to affect gene expression).
Pretty fascinating, isn’t it? Like many other ancient lines of thought, this has been backed by modern day scientific research.

We have a new PM Mr Dominic Cummings

His media champion is someone called Boris

» The Power of Sound: How Vibration Helps Us Heal
» Studies show we can heal with sound, frequency and vibration
» The Secrets Of Frequency & Vibration (The Power Of Sound)
» The Secrets Of Vibration 528hz) Hidden truths of sound! Law Of Attraction Part 1
» 114 CYMATICS shows us that Waves Create Form – Visible Sound