Today at 8:08 pm by PurpleSkyz

OUT OF MIND » THE INSANITY OF REALITY » GOVERNMENT & THE NEW WORLD ORDER » Bards of War: FAITH, The Sword of Truth, the Time Has Come

Bards of War: FAITH, The Sword of Truth, the Time Has Come 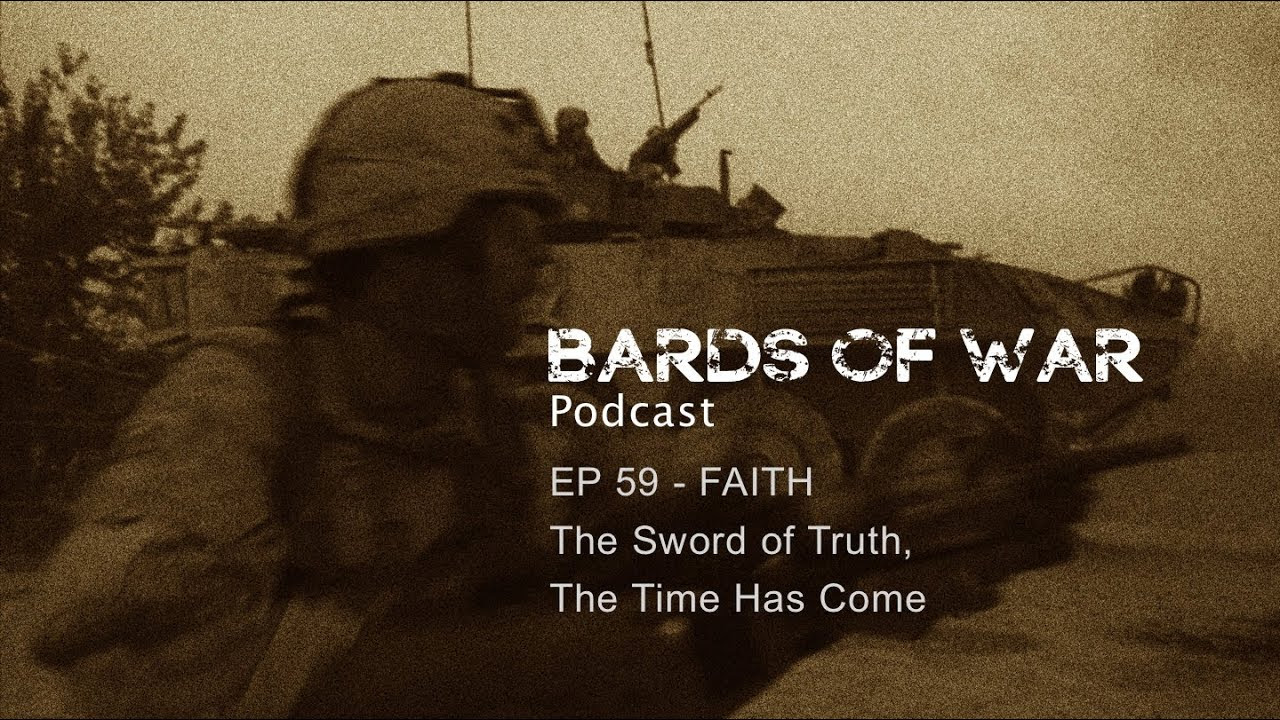 Bards of War: FAITH, The Sword of Truth, the Time Has Come

The US has been subverted by a vile and corrupt leadership that wants us to willingly give up our sovereignty and to overthrow the Constitution. Filmmaker and war correspondent Scott Kesterson has begun making some jarring and important podcasts in the absence of any justice for their endless assaults against the public.
We are no longer dealing with politics. We are in a civil war and Kesterson gives us a thumbnail of how we must draw our battle lines at the county level, to ensure that our counties are Constitutional sanctuaries that guarantee Freedom of Speech, Second Amendment rights; that our police and our justice system abide by the 5th Amendment, using the authority of the Sheriffs and their ability to mobilize troops.
Kesterson says that although it’s not truly about party politics that currently, “The Left and Democrat Party as a whole have completely discarded the principles of the Constitution to push their agenda at all costs. And they are pushing at every single point they can to establish legal precedents to further their march in the coming years to dismantle the Constitution, to roll out Agenda 2030 and to implement a global One World Order…
“What concerns me the most is that with all the information that comes across on Q and other forums, the one message that is persistent on the Q board is passivity; ‘Hold your ground, do nothing, trust the plan.’
“This country was not built on complacency. This country was not built on people sitting by the sidelines waiting for somebody else to do their job. It was built on action and what most fail to remember is that it wasn’t built with a musket, it was built with the power of words…
“Words are powerful and they’re the tools and methods with which to effect change and while we have an army of Digital Soldiers, as I’ve stated recently, it is essential that we take that fight off the digital sphere and into the real world.
“Right now, the weight of the Nation rests on three people: William Barr, Durham and Huber. We don’t know what they’re doing, we’re being told that justice is coming but this is what I’m going to say:
“Their clock is ticking. Because this country cannot endure failure on their part and anything less than 100% justice to the maximum extent of the law is a failure to We the People…
“In the latest Q post, there’s a reference to the Silent War – but that Silent War is tearing lives apart, it’s displacing families. It’s gutting us, as a nation.
“We hear, ‘Be patient’ because it has to be done right. OK. Fair enough. We have been patient. But in the process of being patient, we have seen William Barr roll out what we call ‘future crimes’, an idea of using data to predict potential crimes before they happen. That’s Orwellian!
“In the process of waiting, we have seen more data swept up, more censorship being imposed on us. We’ve seen no restraint to the NSA, to the CIA’s operations. We’ve seen no protections of our basic First Amendment and Second Amendment rights. In fact, it’s gone quite the other way.
“I can accept that this Deep State is powerful. I can accept that this Deep State is an amalgamated mess. It takes the tools of a surgeon to remove it without causing total collapse and harm to the American public. But there comes a point when we have to, as the people stand up and make our voices known, loud and clear…
“[The Deep State is] deeply embedded, it has huge financial resources. It has the weapons of law on their side. It has the tools of information and data to dig apart our lives, smear good people in the news, defame them to such a degree that many will never escape the temporary histories that are being written by a treasonous, evil media – a media that bases itself on pure lies and propaganda, as a weaponized arm of the Deep State.
“These are dark times. But they are not times to cower. They’re times. to stand…
“Now, we see the actions of Virginia, where the criminals have taken power; of the Governor position and the legislature and are now trying to upend the Constitution by grabbing guns across the state. They’re hoping this will be a provocation for war.
“And to the Peoples’ defense have come the sheriffs and the county commissions and they have backed the measures to create 10 out of the 11 counties, turning themselves into “Sanctuary Counties” for 2nd Amendment. Those are heroic actions and that’s where our fight has to be.
“We have to hold these people accountable at the County level. Our counties become battlegrounds that we can control and we can fight from. You can’t control the State, it’s too deeply connected to the Federal and all of the different ways they siphon and re-route money. But at a County level, we can hold people accountable, that’s our local communities and that’s where we have to fight…
“The Sheriff, which is the Executive, the County Commission, which is the Legislative and the DOJ, tied with Citizens’ Grand Juries, which becomes the Judicial. When all three of those come together, our Counties become weaponized and defensive perimeters, which we can secure and fight from.
“Let me read you some things that I noted, that we’re currently facing with our current political body, including elected and non-elected officials in DC. I want you to just think about the magnitude of what all this says:

“This is unbelievable, what we’re dealing with and it’s not a game and it will take every single one of us to get active in our communities and awaken our people to realize what is really going on here.
“Choices have now been made. Battle lines have been drawn. You’re either awake or you’re standing in the Matrix. But the two cannot coexist. It is either time for people to join and become part of a revived and newly-birthed Republic or over the course of this battle and this war, they’re going to have to leave…
“You’re either an American or you’re not. And as Teddy Roosevelt said, there is no such thing as a 50-50 American. You’re either onboard with the Constitution and creating a Constitutional Republic or you’re not. Our Founding Fathers didn’t give us the Constitution to make a decision that we’re going to pick and pull certain pieces of it and tear it apart, remake it and then change the entire system to Socialism and Communism. That’s not political change. That’s revolution. And in our case, it’s not revolution, it’s civil war because we’re fighting back and we’re saying, ‘No!’
“…We’ve now worked through the holiday period; a period of prayer, a period of celebration of faith and of values and the true sense of the Constitutional destruction that we’ve been witnessing is now given full clarity for us to see and process. And our patience is quickly running out. And the wrath of We the People is brewing and it will spill over. The pressure valve right now rests with William Barr, Durham and Huber and my prayers are that they do what they say what they’re going to do. But we cannot sit idly by, wringing our hands in hope, because hope is not a strategy…
“To wage the war with words so holy, to wage the war with prayers so focused and pure, to wage a war with convictions so unyielding that Lucifer and his minions and his servants falter and their callous hearts rip open with fear and trepidation.
“Hebrews 4:12 – ‘For the word of God is living and active, sharper than any two-edged sword, piercing to the division of soul and of spirit, of joints and of marrow, and discerning the thoughts and intentions of the heart.’
“The concept of the sword is the emblem of the power over life and death. Our path is clear, Patriots. With God around us and faith before us, we have an obligation to stand for this Constitution. We have an obligation to defend our lives for the pursuit of Liberty, Life and Happiness.
“And no one has the right to take away that guaranteed sovereignty nor our free will for the benefit of their evil, selfish and manipulative schemes. The time has come and it’s time for us to stand.
“Psalm 144 – ‘Blessed be the Lord, my rock, who trains my hands for war, and my fingers for battle.'”

OUT OF MIND » THE INSANITY OF REALITY » GOVERNMENT & THE NEW WORLD ORDER » Bards of War: FAITH, The Sword of Truth, the Time Has Come