‘If she’s going down, you can bet a lot of others will be going down with her’ 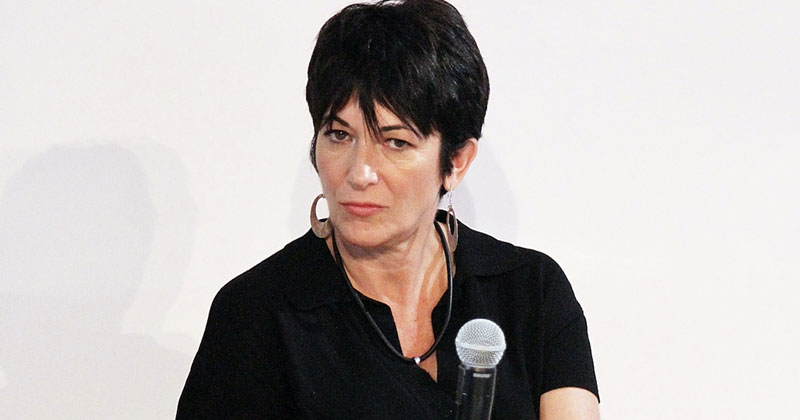 Source: Jamie White | Infowars.com
Exiled British socialite Ghislaine Maxwell is confident she won’t be prosecuted for her involvement in deceased pedophile Jeffrey Epstein’s pedophile network, according to friends close to the madam.
“Ghislaine and her sister Isabel remain totally convinced that she’ll escape any criminal convictions and will eventually clear the family name and return to high society once the dust has settled,” Laura Goldman, a friend of Maxwell’s sister Isabel, told The Sun.
“She has wealthy connections who hide her and even pay some legal fees. She can stay out of the public eye as long as she wants.”
Goldman added that despite Maxwell going into hiding, she remains sure she won’t face consequences for allegedly procuring underage women for Epstein.
“Ghislaine is so confident that she’ll be back that she’s still texting friends in different social circles while she’s in hiding,” Goldman said.
“She obviously has some serious dirt on someone to be so sure of herself in the circumstances,” she added.
Notably, despite Maxwell maintaining her innocence, she was was apparently “relieved” after learning of Epstein’s suspicious death from his Manhattan jail cell, because the disgraced pedophile wouldn’t be able to turn on her.
“She was more relieved than anything,” Goldman said. “It may have placed her more in the spotlight but at least he couldn’t turn on her.”
The FBI reportedly is aware of Maxwell’s whereabouts and is “building a case against her,” according to lawyer Spencer Kuvin, who is representing several of Epstein’s victims.
Report this ad
“I think ultimately they are building a case and know where she is and they’re just not letting on, much like they did with Mr Epstein, who, when he stepped foot in the US, they just arrested him,” Kuvin said last month. “Nobody knew that, they didn’t broadcast it, they didn’t tell anyone he was traveling here, they just did it.”
“Anytime she travels, the federal government is going to know where she is because there are flight logs required for every type of travel, whether it’s private jet or commercial, the federal government, through the FAA [Federal Aviation Administration], has flight logs and international organizations also have flight logs,” he added.
Another source close to Maxwell told The Sun that if she goes down, she’s taking a lot of powerful people down with her.
“She’s an incredibly intelligent, cunning character and you can bet she’ll have a lot of tricks up her sleeve still – even though she’s up to her neck in trouble through her association with Epstein,” the source said.
“If she’s going down, you can bet a lot of others will be going down with her.”