OUT OF MIND » CHANGING ENVIRONMENT & NATURE » EARTH CHANGES » 2020 JUST BEGAN, AND WEIRD THINGS ARE ALREADY STARTING TO HAPPEN ALL OVER THE WORLD

2020 JUST BEGAN, AND WEIRD THINGS ARE ALREADY STARTING TO HAPPEN ALL OVER THE WORLD

Many of us are expecting 2020 to be a very unusual year, and it certainly didn’t take long for the weirdness to start 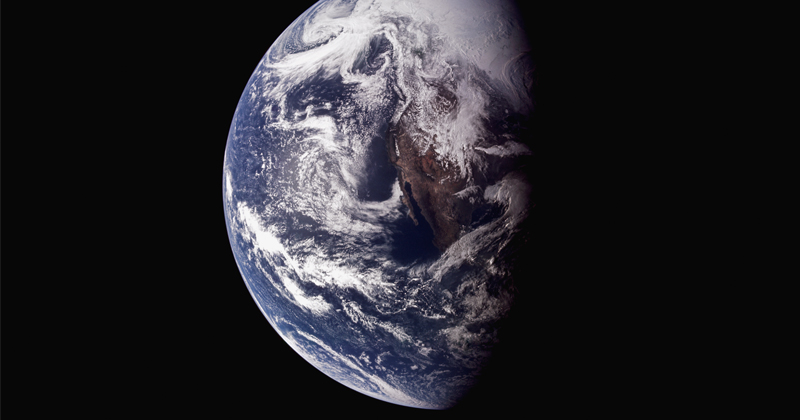 Source: Michael Snyder | End of The American Dream
Many of us are expecting 2020 to be a very unusual year, and it certainly didn’t take long for the weirdness to start.
In this article I am going to share several examples of this weirdness with you, and I have a feeling that this is just the beginning of what we are going to experience over the next 12 months.
We live at a time when the pace of change has reached at an exponential rate, and our society is literally coming apart at the seams all around us.
That makes this a perfect environment for weird stuff to happen, and that means that I will have no shortage of things to write about in the coming days.
I would like to start off by discussing the really bizarre phenomenon that is happening in the skies over Colorado and Nebraska right now.  According to the New York Times, hordes of sophisticated drones have been “flying in precise formations” over those two states at night and nobody knows where they are from…

They come in the night: Drones — lots of them — flying in precise formations over the Colorado and Nebraska prairie.
Why are they there? Unclear.
“It’s creepy,” said Missy Blackman, who saw three drones hovering over her farm outside Palisade, Neb., on a recent evening, including one that lingered right above her house. “I have a lot of questions of why and what are they, and nobody seems to have any answers.”

One or two unidentified drones is not a big deal, but we are talking about hundreds and potentially even thousands of drones that are operating in coordination with one another, and nobody has any idea who owns them.
According to the Denver Post, these very large drones “have 6-foot wingspans and spend the nighttime hours flying in grid-like patterns”…

The sheriffs of Lincoln, Washington and Sedgwick counties told The Denver Post on Friday that their offices have been getting calls this week about the unknown winged devices, days after initial reports out of Phillips and Yuma counties caused a national stir.
Local and national authorities say they have no idea who is operating the groups of large drones, reported to have 6-foot wingspans and spend the nighttime hours flying in grid-like patterns.

Needless to say, this phenomenon is freaking a lot of people out, and it is spawning all sorts of theories…

While the powers that be have no answers, the mystery aircraft have inspired a wide range of theories online. It has to be the work of a Mexican drug cartel, one commenter on The Post’s website said. No, no — it’s obviously aliens from a far-off galaxy, another replied. Perhaps it’s the History Channel looking for lost cities, or ranchers trying to track their cows, others theorized.

If you live in Colorado or Nebraska and you have seen these drones, please send me some photos.
I would like to get to the bottom of this, because this is extremely alarming.
On a lighter note, over in Washington state officers recently “spent 10 hours”digging out vehicles that had literally been engulfed by giant tumbleweeds…

State troopers in Washington state spent 10 hours digging cars and a semi-truck out from under hills of tumbleweeds that flooded a road on New Year’s Eve in an event being dubbed “Tumblegeddon.”
Washington State Patrol Trooper Chris Thorson told USA TODAY on Tuesday that his district began receiving 911 calls around 6:30 p.m. local time about tumbleweeds blocking the roadway in an area about 20 miles west of Richland, one of the state’s Tri-Cities.

Report this ad
That particular area of Washington state does have to deal with tumbleweeds, but Washington State Patrol Trooper Chris Thorson has never seen things anywhere close to this bad.  According to him, “a strange mixture of weather and circumstances” created just the right conditions for something like this to happen…

“Visibility was bad, which caused cars to slow down,” he said. “When they stopped, the tumbleweeds were piling so fast, they just fully engulfed in minutes. It’s kind a strange mixture of weather and circumstances.
“I don’t know how to really explain it,” he added. “It’s just odd. It’s so odd because it doesn’t happen. Typically, 99 percent of the time, you can drive through tumbleweeds.”

Meanwhile, down in southern Australia they are dealing with colossal wildfires that are unlike anything they have ever experienced before.  These fires are so massive that they are actually creating their own weather.  The thunderstorms that have been spawned as a result create even more fires, and embers are being pushed out by high winds over a very large area.  At one point, thousands of people were forced to take refuge along the beaches because the fire had cut off all other escape routes…

Thousands of holidaymakers and locals were forced to flee to beaches in fire-ravaged southeast Australia Tuesday, as deadly blazes ripped through popular tourist areas and cut off several towns.
In fire-encircled seaside communities along a 200-kilometre (135-mile) strip of coast, terrified people — wrapped in blankets and make-shift facemasks — sought refuge near the water.

As they covered their faces with anything that was available, they huddled along the shore under “an eerie orange sky” as they waited to see what would happen…

Dozens of fires continue to burn out of control in the states of Victoria and New South Wales (NSW). Thousands more people were forced to evacuate their homes along the NSW coast on Tuesday, which is dotted with small beach towns popular with holiday-makers over the Christmas season.
In Batemans Bay, NSW, hundreds of families fled their homes Tuesday under an eerie orange sky. “It was like we were in hell,” vacationer Zoe Simmons told CNN. “We were all covered in ash.”

Report this ad
Of course firefighters are doing all they can to battle these enormous blazes, and quite a few of them have already perished.
One video that shows a raging fire overtaking a fire truck with the crew still inside has already been viewed more than four million times on Twitter.
On the other side of the world, unusually cold and snowy weather is making headlines.  In fact, we are being told that some parts of the UK could be about to get as much as 20 inches of snow…

A cold band of weather will hit Norway later this month, bringing with it the potential of snow, ice and potentially sub-zero conditions. Such is the low-temperature forecast, that some reports have stated temperatures will drop to as low as -3C (26.6F) which could potentially drift across the North Sea towards the UK.
Moreover, in a model produced by WX Charts, the snow falling across the UK could be as much as 20 inches (50cm).

In middle America such a storm would not be unusual, but for the UK this is definitely weird.
Unfortunately, things are likely to get even weirder in the weeks and months ahead.  Our planet is becoming increasingly unstable, global weather patterns are getting really crazy, we are on the precipice of war in the Middle East, the fabric of society is unraveling all over the world, and we have never been more primed for an economic meltdown than we are right now.
So buckle up and hold on tight, because the ride ahead is not going to be smooth.

OUT OF MIND » CHANGING ENVIRONMENT & NATURE » EARTH CHANGES » 2020 JUST BEGAN, AND WEIRD THINGS ARE ALREADY STARTING TO HAPPEN ALL OVER THE WORLD

» Prophetic Signs Things are Changing World Wide 2020! - Are These Biblical Signs of Things to Come?
» What Would Really Happen If Things Went Down? Counting Down the 10 Most Likely Things That’ll Happen When SHTF
» Prepare - Things are Rapidly starting to Break Down!
» 20 MINUTES WITH BRIDGETTE ONLINE CLASS STARTING APRIL 3, 2020
» POOFness for JUL 5: Things Happen