OUT OF MIND » THE INSANITY OF REALITY » GOVERNMENT & THE NEW WORLD ORDER » U.N.: U.S. Broke International Law by Eliminating Soleimani 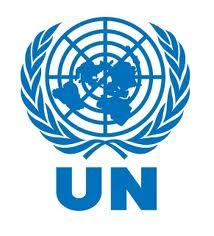 Agnes Callamard, the U.N. special rapporteur on extrajudicial killing, said on Thursday night that the U.S. drone strike that killed Iranian terrorist mastermind Gen. Qasem Soleimani was a violation of international law.
The U.N. has been oddly quiet about Soleimani’s violations of international law, including activities that indisputably violated U.N. sanctions.


“The targeted killings of Qasem Soleiman and Abu Mahdi Al-Muhandis are most likely unlawful and violate international human rights law: Outside the context of active hostilities, the use of drones or other means for targeted killing is almost never likely to be legal,” Callamard wrote on Twitter.
She proceeded to lay out an impossibly stringent standard for preventive action that becomes grotesquely amusing when measured against Soleimani’s malign activities, not least his involvement in an undisputed act of war against the United States, the attack on the U.S. embassy in Baghdad last week:

To be justified under international human rights law, intentionally lethal or potentially lethal force can only be used where strictly necessary to protect against an imminent threat to life.
In other words, whoever targeted these two men would need to demonstrate that the persons targeted constitute(d) an imminent threat to others. An individual’s past involvement in “terrorist” attacks is not sufficient to make his targeting for killing lawful.
Furthermore, drone killing of anyone other than the target (family members or others in the vicinity, for example) would be an arbitrary deprivation of life under human rights law and could result in State responsibility and individual criminal liability.
The use of drones on the territory of other States has also been justified on the basis of self-defense. Under customary international law States can take military action if the threatened attack is imminent, no other means would deﬂect it, and the action is proportionate.
The test for so-called anticipatory self-defense is very narrow: it must be a necessity that is “instant, overwhelming, and leaving no choice of means, and no moment of deliberation”. This test is unlikely to be met in these particular cases.

Soleimani was not much concerned about killing people other than his targets – his operations routinely included the indiscriminate murder of civilians, from Syria to the streets of Baghdad.
In the most recent and clear-cut example, Iraqi Shiite militia acting on Soleimani’s orders launched a rocket attack on December 27 that killed an American civilian contractor. The forces that attacked the U.S. embassy in Baghdad clearly identified Soleimani as their “leader.”
Soleimani’s presence in Iraq was blatantly illegal, and he was there to orchestrate the wholesale murder of Iraqi civilians because they threatened Iran’s grip on Baghdad. Both murdering civilians and destabilizing sovereign governments are generally frowned upon under international law, although those eager to criticize the United States were strangely passive about Soleimani’s violations.

Furthermore, Iran treats Iraq like a colonial possession – Soleimani was often described as Iran’s “viceroy” to Baghdad – and colonialism is supposed to be an inexcusable transgression against international norms in the modern era. The network of non-state actors in foreign countries developed by Soleimani to violently execute Iranian policy is a massive offense against international norms, the very definition of what sovereign nations are not supposed to do.
Soleimani was the top commander of a designated terrorist organization, the Quds Force of the Iranian Islamic Revolutionary Guard Corps (IRGC), and was engaged in terrorist activity on foreign soil at the time of his death.
The U.S. Defense Department stated on Thursday that Soleimani “was actively developing plans to attack American diplomats and service members in Iran and throughout the region.”
Presumably, Callamard would demand to see the proof of this assertion, although it might be classified to protect U.S. intelligence sources, who would have very good reason to fear torture and murder if their identity was revealed.
Soleimani was sanctioned as a terrorist by the Obama administration in 2011 for his role in plotting a bomb attack in Washington, DC, that would have become a mass-casualty event if it had not been thwarted. The goal of the attack was to assassinate the ambassador from Saudi Arabia, also a violation of international law, and hundreds of innocent bystanders would have been killed or maimed if Soleimani’s plan had succeeded.
Soleimani was also the subject of United Nations sanctions, which he flagrantly violated with complete impunity. An international travel ban was imposed against him by the U.N. in 2007, but it did not hinder his movements to any appreciable degree.

OUT OF MIND » THE INSANITY OF REALITY » GOVERNMENT & THE NEW WORLD ORDER » U.N.: U.S. Broke International Law by Eliminating Soleimani