This Is The Radical Solution Finland Used To Solve Their Homelessness Crisis Mon Jan 06, 2020 4:03 pm 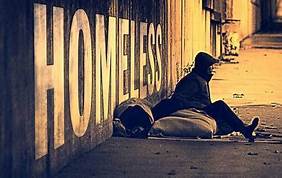 Over the years we have witnessed many European countries trying their best to reduce homelessness in their country. France doubled its emergency lodgings while Eire tripled its shelters, but to no avail. These countries along with many others in Europe, including Germany, Spain, and the Netherlands, have tried and failed at housing all of their homeless people. On the other hand, Finland can be counted on as the only country wherein homelessness has reduced in the previous decade.
Homelessness is not easy to record. Lack of documents and a lack of practical application methods to locate the concerned homeless people enable a greater mass to slip through the structures of the systems. But the most important issue, perhaps, is the fact that not 100% of homelessness in a country is immigration based. Substance abuse, destructive habits, and sickness are among the leading causes of homelessness throughout the world. With proper planning, estimation, and implementation, reduction in the number of homeless people like Finland’s is possible.

Finland’s policy of sheltering individuals involves not sheltering them in shelters but with subsidized serviceable accommodations. The government provides the cheapest possible alternative to rented housing. The population that falls below-poverty levels can also avail of this facility. It becomes easy to locate them whether they are immigrants or citizens if they have leased accommodation to their name and it also saves the government a lot of money. Finland’s government thus not only witnessed a significant fall in homelessness (by 21%) but also saved over $16,000 per individual accommodation per annum.
Read: First-Ever Homeless Shelter For Native Americans Opens in Seattle
Finland’s cold geographical position enables it to prevent street sleeping. However, it was the ideology of reattaching an identity to the individuals that allowed Finland to rise above others. The homeless are not housed in a hostel and any sense of temporary solution is taken out of the equation. They are given supported housing with a very social environment that enabled them to maintain their dignity and move on from whatever phase they may be going through.
Finland has constantly employed social workers to generate the required manpower. But it also cannot be negated that Finland’s small area and rich economy has contributed greatly towards improving homelessness. The bigger countries have tried to build shelters on a large scale but always seem to fall short.

Read: Austin Texas Pays Homeless People $15 An Hour To Clean The City
The decreased rate of construction of public housing and the sky-hi rents are supposedly the two factors contributing to homelessness. The French government even went so far as to stop the landlords from evicting the tenants. At the same time, illegal immigration has resulted in a rising homeless population that is increasingly difficult to deal with. Germany has another level of complexity to deal with. German laws enable the privatization of public housing after thirty years lease period is over which has resulted in a decrease of shelters.
This reduction in homelessness in Finland now stands as an inspiration for not only other European nations but also for the rest of the world to follow.
IMAGE CREDIT:  Katarzyna BiaÅ‚asiewicz