Odd shaped cloud photographed in the sky over Anchorgage, Alaska

January 10, 2020
Last year on October 17, a citizen from Anchorgage, Alaska witnessed an odd shaped cloaked craft in the sky on which he decided to take some photographs of it.

The photographer who submitted the photos to Mufon for further investigation states:

Upon pulling into the Anchorage Best Buy I saw a stationary object or strange cloud. Initially I thought it was an advertisement balloon of some sort or a strange shaped aircraft.

The object had no movement, whatsoever. It did not waiver, flutter, or change shape in any way.

I estimate the wind speed to be about 7 knots on the ground and the object was a mile away between 1000 and 1500 feet high. There were no lines, cables, or anything else that seemed to be attached. 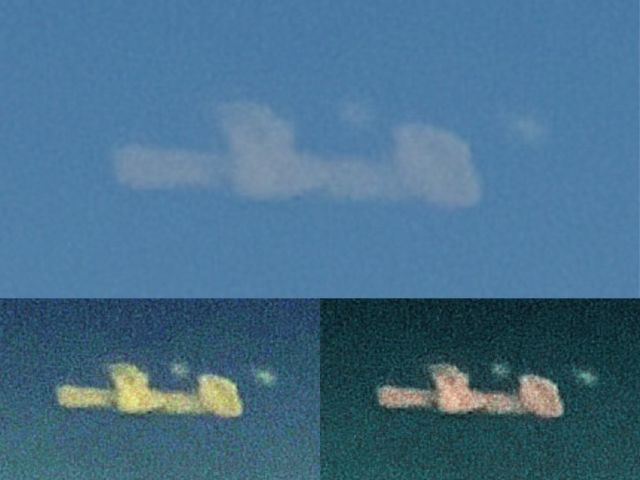 After zooming in with my camera, I told myself it was an odd shaped cloud, but it was certainly out of place and seemed to be symmetrical in shape. It didn't seem like a UAV or a drone.

Again, it was completely stationary. There was one other adult female not related to me in the parking lot who acknowledged the object. She too stared at it for a bit before we both moved into the store. About an hour later, I came outside and it was gone.