Today at 2:31 pm by PurpleSkyz

Today at 2:13 pm by PurpleSkyz

» John Titor Revelations, The Strange Story of the Time Traveler from 2036 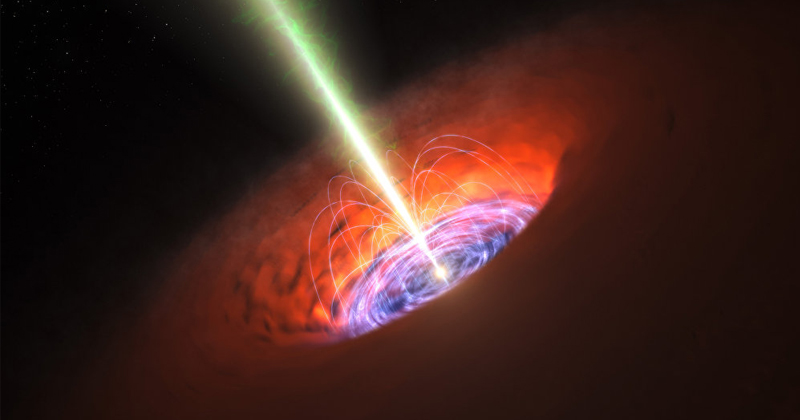 Source:
The universe has offered astronomers yet another riddle as several objects near the supermassive black hole Sagittarius A* at the heart of the Milky Way show characteristics of gas and dust clouds, but behave like stellar-mass bodies.
Two of them were discovered several years ago, but it turns out that there are more.
Astronomers have spotted four more objects of mysterious natures, which look like dust and gas but behave like stars orbiting around the supermassive black hole known as Sagittarius A* in the Milky Way galaxy .
According to an article in the journal Nature, the group of so-called G objects – G3, G4, G5, and G6 – was discovered by researchers from the University of California, Los Angeles, in addition to G1 and G2, which were mapped in 2005 and 2014 respectively.
“No broad consensus has yet been reached concerning their nature: the G objects show the characteristics of gas and dust clouds but display the dynamical properties of stellar-mass objects”, the paper reads.

For those of you that have ingested this information through countless interviews and analysis at Infowars, this report serves as a refresher .
Their behavior is puzzling researchers, as well. As the Gs are orbiting around a gravitational giant located 26,000 light-years away from Earth, they are observed as compact most of the time. However, they seem to stretch out when they approach the black hole at the center of their orbits, which range from between 100 and 1,000 years in length.
As the researchers suggest, the Gs were once binary stars that orbited each other before they were pulled together and merged due to the black hole’s gravitational force.
“Mergers of stars may be happening in the universe more often than we thought, and likely are quite common. Black holes may be driving binary stars to merge. It’s possible that many of the stars we’ve been watching and not understanding may be the end product of mergers that are calm now”, co-author Andrea Ghez explained to the outlet Science Focus.
Her team is searching for other G-objects, which could help the researchers learn more about the galaxies  in our universe.