Crashed UFOs and secret operational bases in Antarctica is an ongoing project, which started several years ago, carried out by UFO researcher Frederick living in South Africa in collaboration with UFO Sightings Hotspot.

Crashed UFO or ancient technology/object under the ice.
Frederick who has been investigating the 3rd Reich theory for about 40 years, spoke to researchers including an ex Nazi in his town who was an electrical engineer. This man told Fredrick that there was a WW2 3rd Reich base and he told about their highly classified flying disc space program but that the world is looking in the wrong place in Antarctica. 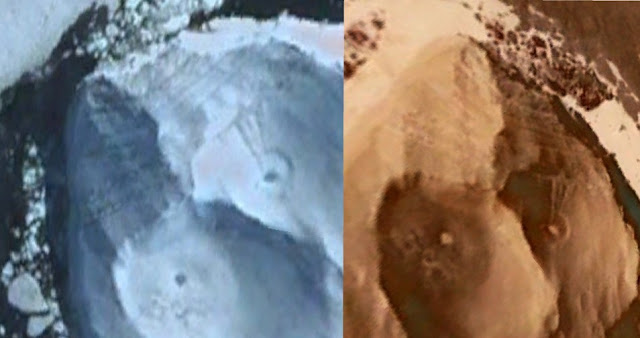 Crashed UFO or ancient technology/object under the ice.
Frederick uses Google Earth to confirm the secret bases, crashed UFOs, ancient objects, etc. as well as he collects data from his sources in the Antarctic to confirm certain classified access information, such as protected zones, no-fly zones, secret bases. 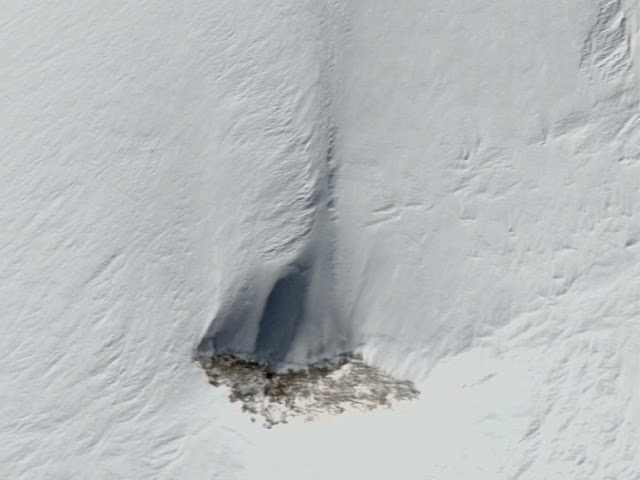 There are huge secret (extraterrestrial) bases under the ice or partly under the ice, but the structures are disguised as research stations.

Discoveries made by Frederick match the statement of Emery Smith who talks about suppressed technology and secret projects in Antarctica during a recent interview with Leak Project. 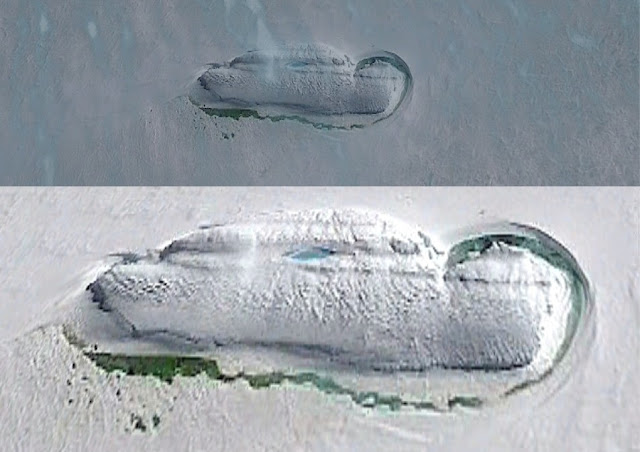 WW2 submarine or vessel with UFO-like object stored at the back of the submarine/vessel coming out of the melting ice. Submarine/vessel: 190 meters long - UFO-like object: 40 meters width/18 meters high.
Emery Smith states: We know that the government is covering up many things in Antarctica but now the ice melts it is really hard for them to cover it up anymore.

One of the reasons is that persons who have enough money buying their own private box satellite which is equipped with infrared X-ray, HD cameras and these amateurs can sneak across Antarctica at one point and can take some amazing photographs with their satellite. 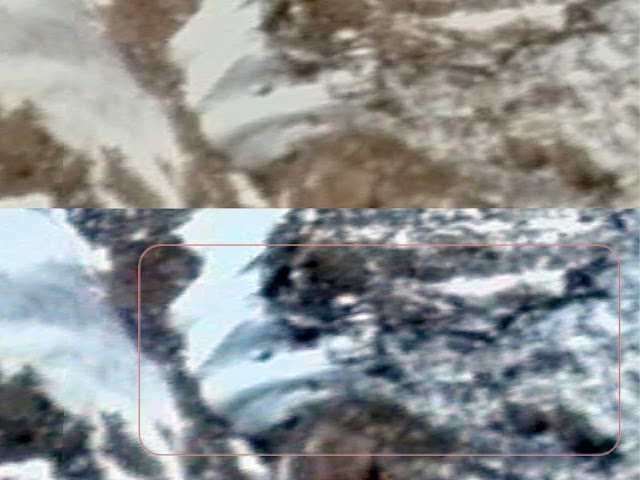 Crashed disc-shaped UFO with open hatch coming out of the melting ice.
Despite there is dis-information campaign of what really happening there in Antarctica, there is a breaking point now and the government have to answer on what is really going on in Antarctica. Therefore they have to release something for example they found some artifacts from an ancient civilization or extraterrestrial race.

The fact is that there are huge extraterrestrial crafts down there that coming out of the melting ice. 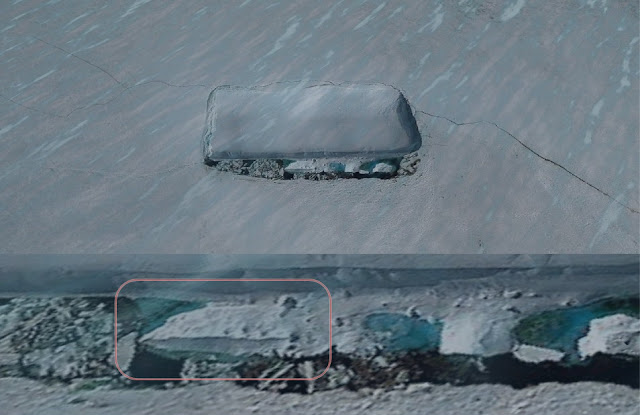 Crashed saucer-shaped UFO under the ice.
Another fact is that there are huge underground facilities, facilities under the ice and under the water that they and probably together with aliens are operating and these (ancient) facilities are there for quit some time.

They have mapped all these facilities already with underground penetration radar and they have also maps of the extraterrestrial crafts down there. 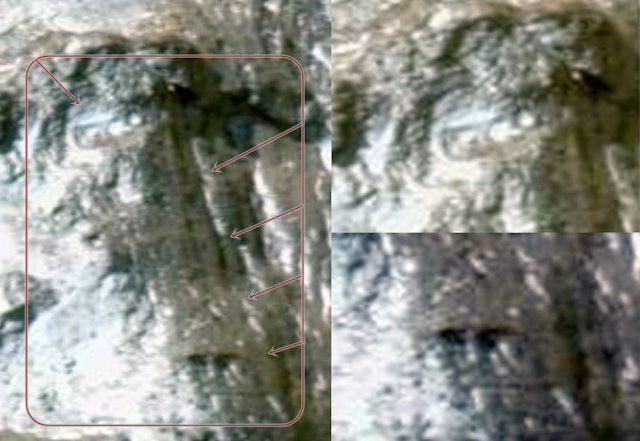 Crashed ancient UFO near top of mountain coming out of the melting snow.
They have 3D images of these crafts and the huge hangars, so when they go down in there then they already know how to go and where to go to the craft, they have trained for this already for many years for actually go into these crafts. Watch the interview here.

Note: To avoid a cover-up of the discoveries, we do not yet release the coordinates.