What could have produced this smoke ring ? Image Credit: Twitter / @razzblues
This giant ring, which was spotted drifting up into the sky, has been the topic of some heated debate this week.
The phenomenon reportedly appeared on January 21st over the city of Lahore - the capital of Punjab province - where it was seen by multiple witnesses who recorded the spectacle on their phones.

Footage of the ring quickly racked up tens of thousands of views on social media, leading to much speculation over exactly what it could be.

Some users suggested that it could be UFO related, while others favored more skeptical possibilities.

It's interesting to note that giant smoke rings like this have been seen before over the last few years.

Back in 2014, for instance, a very similar phenomenon, which was captured on camera over the UK city of Leamington Spa, was later found to have been caused by a fireworks test.

Similarly, another ring spotted in Chicago in 2012 was caused by a transformer blowing up.

As such, this latest example is also likely to have an equally conventional explanation.

Blue on Blue  @razzblues
They are here. #Lahore #Aliens 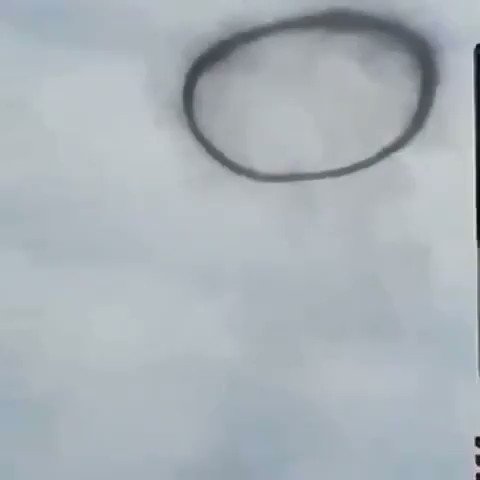