OUT OF MIND » BREAKING NEWS & HOT TOPICS » THE GREAT DIE OFF » CORONAVIRUS LATEST: OVER 2,800 GLOBAL CASES RESULTING IN 80 FATALITIES plus MORE

CORONAVIRUS LATEST: OVER 2,800 GLOBAL CASES RESULTING IN 80 FATALITIES plus MORE 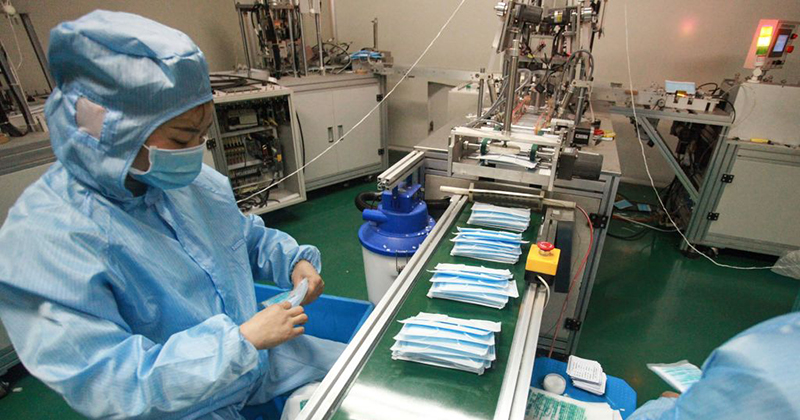 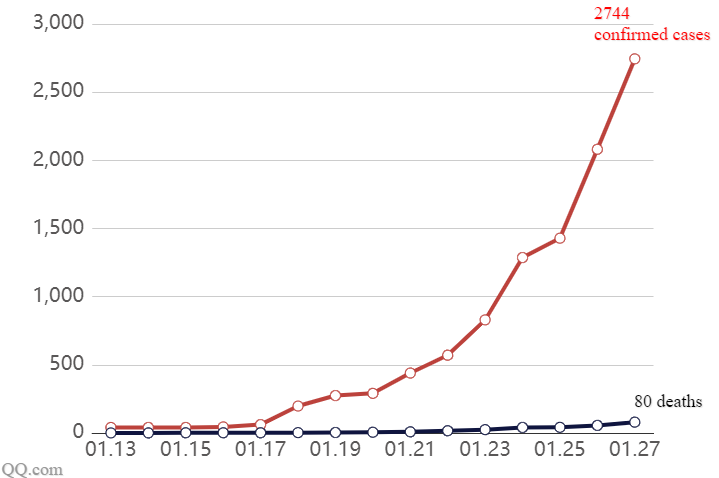 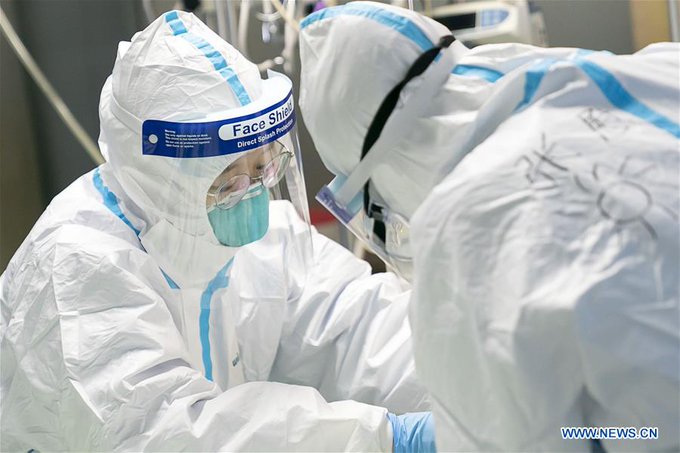 Update (1510ET): CDC reports that a fifth infection has been confirmed in the US (in Arizona), calling the coronavirus an “emerging public health threat,” says threat is “serious.”

CDC is closely monitoring an outbreak of respiratory illness caused by a novel (new) coronavirus (termed “2019-nCoV”) that was first detected in Wuhan City, Hubei Province, China and which continues to expand. Chinese health officials have reported more than a thousand infections with 2019-nCoV in China, including outside of Hubei Province. Infections with 2019-nCoV also are being reported in a growing number of international locations, including the United States, where 5 cases in travelers from Wuhan have been confirmed in four states (AZ, CA, IL, WA) as of January 26, 2020.

SOURCE AND SPREAD OF THE VIRUS

Both MERS and SARS have been known to cause severe illness in people. The complete clinical picture with regard to 2019-nCoV is still not fully clear. Reported illnesses have ranged from infected people with little to no symptoms to people being severely ill and dying. Learn more about the symptoms associated with 2019- nCoV.
There are ongoing investigations to learn more. This is a rapidly evolving situation and information will be updated as it becomes available.

Outbreaks of novel virus infections among people are always of public health concern. The risk from these outbreaks depends on characteristics of the virus, including whether and how well it spreads between people, the severity of resulting illness, and the medical or other measures available to control the impact of the virus (for example, vaccine or treatment medications).
Investigations are ongoing to learn more, but person-to-person spread of 2019-nCoV is occurring. Chinese officials report that sustained person-to-person spread in the community is occurring in China. Person-to-person spread in the United States has not yet been detected, but it’s likely to occur to some extent. It’s important to note that person-to-person spread can happen on a continuum. Some viruses are highly contagious (like measles), while other viruses are less so. It’s important to know this in order to better assess the risk posed by this virus. While CDC considers this is a very serious public health threat, based on current information, the immediate health risk from 2019-nCoV to the general American public is considered low at this time. Nevertheless, CDC is taking proactive preparedness precautions.

CDC recommends getting vaccinated, taking everyday preventive actions to stop the spread of germs, and taking flu antivirals if prescribed.
And the poiliticking has begun…
Learn More

WATCH NOW
VIDEO02:58
CDC: 110 people under investigation for coronavirus, no new confirmed cases
U.S. health officials are currently monitoring 110 people across 26 states for the coronavirus, including the five patients who contracted the deadly infection in China and brought it back to America.
The disease, which has killed at least 81 people in China and sickened more than 2,800 worldwide, isn’t spreading within the community in the U.S. and the risk to the public right now is still considered low, Dr. Nancy Messonnier, director of the National Center for Immunization and Respiratory Diseases, told reporters on a conference call Monday.

“We understand that many people in the United States are worried about this virus and how it will affect Americans,” Messonnier said. “Every day we learn more, every day we assess to see if our guidance or our response can be improved.”
The number of “patients under investigation” in the U.S. has almost doubled from the 63 the Centers for Disease Control and Prevention said were under surveillance on Thursday. The CDC says 32 people have tested negative for the virus.
“While that number is 110, we are certainly prioritizing based on [patients under investigation] that might be at higher risk,” Messonnier said.
The CDC confirmed Sunday a fifth U.S. case of the virus — a patient in Maricopa County, Arizona, who recently traveled to Wuhan, China, the epicenter of the disease’s outbreak and where the majority of cases have been reported.
Messonnier said the CDC has screened roughly 2,400 people flying from Wuhan to five major U.S. airports and is considering expanding its screening. The agency increased its travel warning for all of China, asking people traveling to practice “enhanced precautions.”
“This outbreak is unfolding rapidly and we are rapidly looking at how that impacts our posture at the border. We’re certainly considering broadening of that screening,” she said.
Coronaviruses are a large family of viruses that usually infect animals but can sometimes evolve and spread to humans. Symptoms in humans include fever, coughing and shortness of breath, which can progress to pneumonia. Physicians have compared it to the 2003 outbreak of SARS, which had a short incubation period of two to seven days.
China’s National Health Commission minister, Ma Xiaowei, said on Sunday that the incubation period could range from one to 14 days, and the virus was infectious during incubation, unlike the outbreak of severe acute respiratory syndrome, Reuters reported.
On Monday, the CDC said it hasn’t seen “any evidence of patients being” infected “before onset.”
Messonnier said the incubation period for the new virus is somewhere between two and 14 days. There’s been some debate over how contagious the disease is and she said it may not be known for a while.
“This outbreak is really unrolling in front of our eyes,” she said.
The so-called R naught, a mathematical equation that shows how many people will get an illness from each infected person, is somewhere around 1.5 to 3, she said. Measles, which is one of the most contagious infections in the world, has an R naught of around 12 to 18, by comparison, she said.
The CDC is trying to speed up testing and to get the tests in the hands of state health officials. It currently takes the CDC about four to six hours to make a diagnosis once a sample makes it to its lab.
U.S. health officials have warned that the flu or other respiratory illnesses could complicate identifying more cases. They recommend that people call a health-care provider before seeking treatment so the appropriate measures can be put in place.
In China, some 50 million people are now under travel restrictions. Shanghai Disney is closing until further notice at a time when the theme park would normally be packed with tourists during the Lunar New Year holiday. Starbucks and McDonald’s also closed stores in Hubei province where Wuhan is located.
The WHO’s director-general, Dr. Tedros Adhanom Ghebreyesus, is traveling to Beijing to meet with government and health officials. According to the organization, more data needs to be collected before the virus, which can spread through human-to-human contact, is declared a global health emergency. The WHO declined at two emergency meetings last week to say it was a worldwide emergency.

OUT OF MIND » BREAKING NEWS & HOT TOPICS » THE GREAT DIE OFF » CORONAVIRUS LATEST: OVER 2,800 GLOBAL CASES RESULTING IN 80 FATALITIES plus MORE