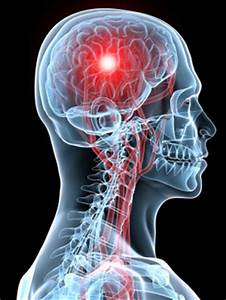 As you age, your brain will experience changes that could affect your mental function. With cognitive decline being quite common, it is important to maintain brain function by keeping your brain as healthy as it can be. Now, recent evidence suggests that a simple squeeze to your arms and legs might be beneficial for your brain.
A study published in the journal Neurology, the medical journal of the American Academy of Neurology, found that people who restricted their blood flow by wearing blood pressure cuffs on their arms and legs exhibited signs of more controlled blood flow to the brain. This process is referred to by the authors as remote ischemic preconditioning.
Previous research has established that “training” the organs by using remote ischemic preconditioning to restrict blood flow may make the heart more resilient and resistant to changes in blood flow and the damage caused by lack of oxygen during a heart attack.
“Since previous studies have shown benefits to the heart, we wanted to determine if remote ischemic preconditioning could also be beneficial to the brain,”  said corresponding author Yi Yang from the First Hospital of Jilin University in China. “Our study found such preconditioning temporarily improved dynamic cerebral autoregulation, which is the brain’s ability to regulate and ensure adequate blood flow to the brain despite blood pressure changes. We also found an increase in biomarkers in the blood that can be protective to the nervous system and brain.”
Under pressure
Scientists from China aimed to determine the effects of remote ischemic preconditioning on dynamic cerebral autoregulation and various blood biomarkers in healthy adults. In this new study, the researchers enrolled 50 healthy adults who were, on average, 35 years of age. Each participant went through two consecutive days of monitoring with the first day done without preconditioning. On the second day, the participants were equipped with blood pressure cuffs strapped on one upper arm and one thigh. These cuffs were inflated for five minutes and then deflated for another five minutes, with the process repeating four times.
The researchers measured the brain blood flow regulation of each participant by measuring and analyzing each ones’ blood pressure taken at the start of the day and periodically throughout the next 24 hours. They also used ultrasound to measure the blood flow in the two main arteries in the brain.
Based on the results, the researchers discovered that participants exhibited improved brain blood flow regulation or cerebral autoregulation only six hours after conducting the cuff compressions. These improvements maintained itself for at least 18 hours after the initial compressions.
In addition, researchers collected blood samples from each participant at the start of the day and one hour after performing cuff compressions. They found that participants experienced increased numbers of specific biomarkers — molecules that signal the presence of certain conditions in the body — one hour after preconditioning compared with their levels before the experiment.
To be specific, the researchers found an increase in two biomarkers that are known to protect the nervous system. One of these biomarkers is called the glial cell line-derived neurotrophic factor, which has been previously found to protect your body against diseases like stroke and help regenerate damaged neurons.
They also noted an increase in four biomarkers involved in regulating inflammation in the body alongside lower levels of one biomarker that responds to inflammation.
“While our results are exciting, obviously we can’t know when someone will have a stroke and when this could be beneficial. We hope to use these results to help develop a new medication or treatment that will help all people better resist stroke or other neurological diseases,” said Yang. “It’s important to emphasize that people should not try to restrict blood flow on their own because, unless under the care of a physician, they could cause themselves harm. In addition, our study was small and much more research needs to be done to confirm our findings before recommendations can be made to physicians to use such preconditioning as a therapy.”