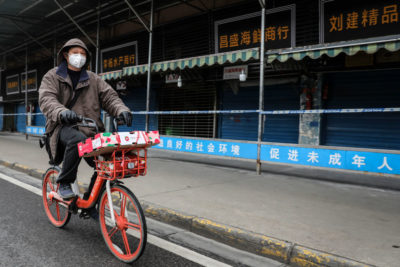 Global equity markets are taking a beating on Thursday as the death toll climbs to 170 from 132, with 7,711 cases of coronavirus confirmed in China and 7,814 worldwide.
The developments over the last several weeks could force the World Health Organization (WHO) to issue a global alert over the alarming infection rate of the deadly virus.
Evidence shows the virus can be transmitted from person to person before any signs or symptoms, which is one of the reasons why the WHO could soon declare a Public Health Emergency of International Concern (PHEIC), as the virus spreads across the world.
Dozens of cities are shut down across China, more than 50 million folks are quarantined to their homes, and experts have warned there’s no vaccine for at least one year, suggests the deadly virus will continue to spread across China and the world.

Airline carriers started to cut flights to and from China on Wednesday. Western companies have announced factory and retail store closings across the country, and this will likely result in a massive loss of business that could produce an economic shock felt around the world.
Late last week, a Wuhan nurse made an emotional video on social media, claiming more than 90,000 have already been infected.


I just received an urgent new video uploaded by the Chinese doctor from the #coronavirus quarantine zone in Wuhan. I need your help with translation and it’s very important we get it right before it goes out to major media outlets. I’m posting it in 3 parts. (1 of 3) 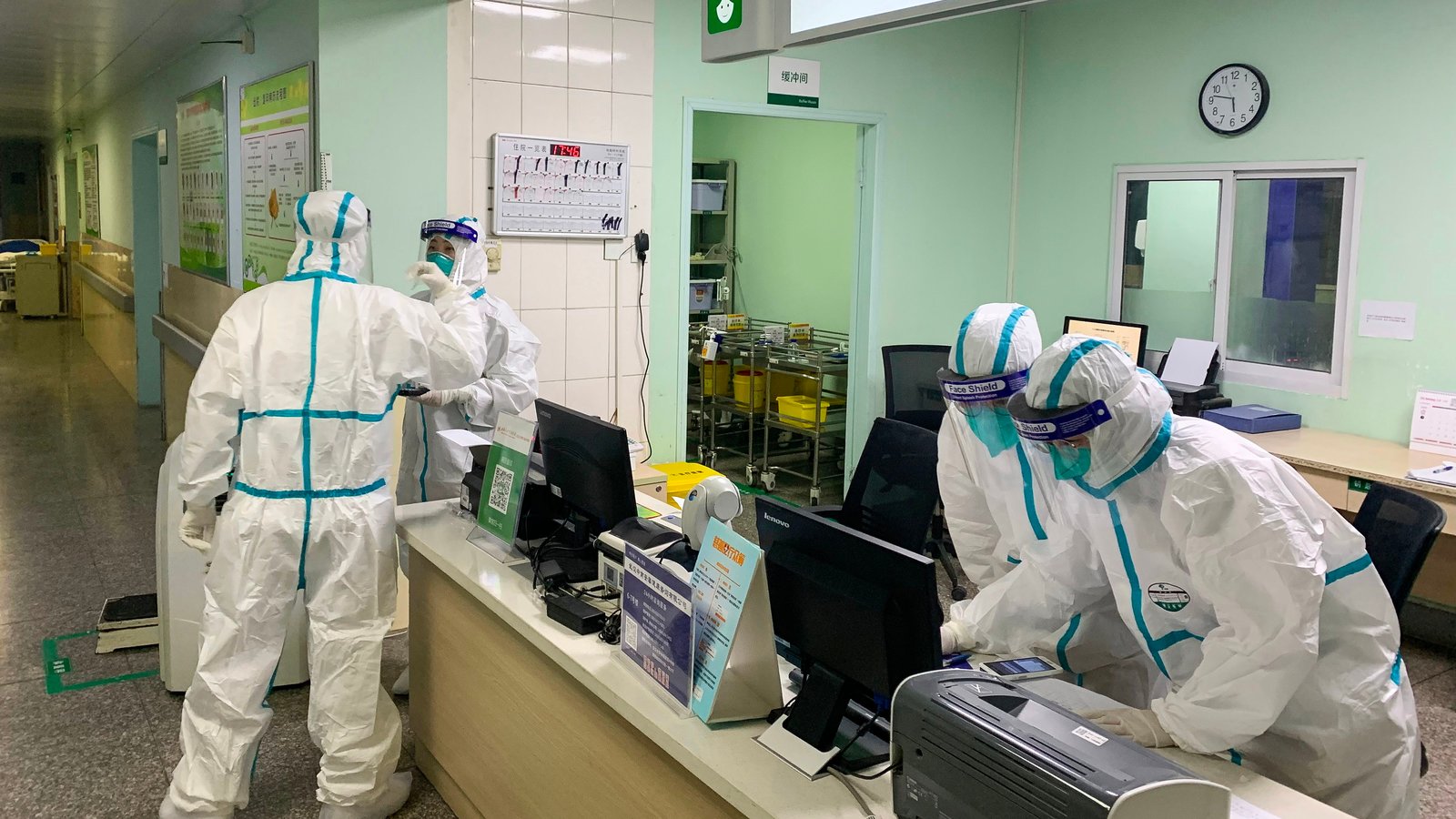 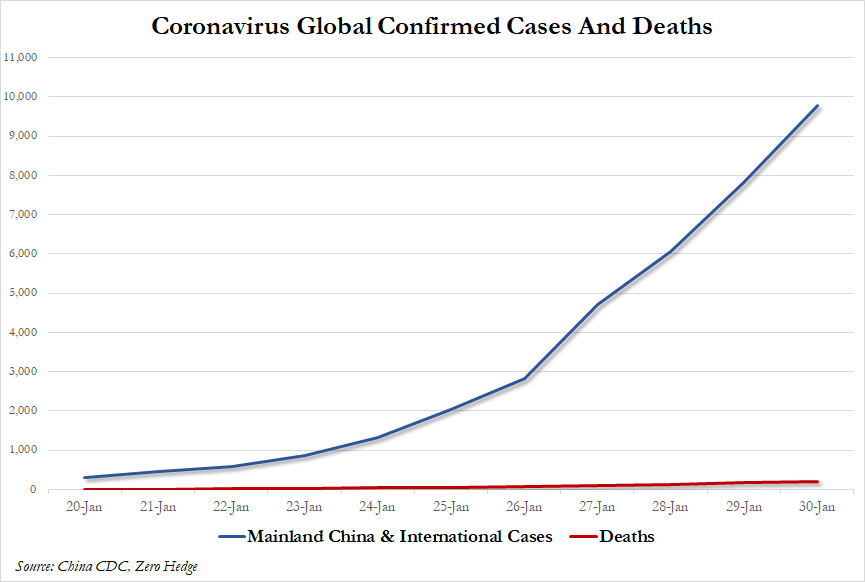 This brings the total confirmed worldwide to 9,821.
* * *
Update (1730ET): Hubei Province has just confirmed another 42 coronavirus-related deaths for Thursday, another huge jump on par with some of the announcements from earlier in the week.

At present, 5486 cases are still being treated in the hospital (among them: 804 cases of severe cases and 290 cases of critical cases). Hubei diagnosed another 1,220 cases, bringing the total number for both China and the world above 9,000, well above SARS global total.
Here’s the full statement, translated to English via Google:

Meanwhile, the Chinese ambassador to the UN is holding a press briefing, as Turkish Airlines becomes the latest to suspend flights to China (including routes to Beijing, Guangzhou, Shanghai and Xian).
In other news, India TV is reporting a suspected coronavirus-related death, what would be the first outside China. A 22-year-old man from Tripura died in a Malaysian Hospital Thursday, according to family sources. However, this has not yet been confirmed. Earlier reports about a Thai woman dying of nCoV in India were likewise never confirmed.
* * *
Update (1620ET): The first two coronavirus cases have been confirmed in Italy. No word yet if there’s any connection to the cruise ship that was quarantined earlier on Thursday (health officials gave it the all-clear a few hours ago). But PM Conte has just blocked air traffic with China.

And we thought the WHO just said not to worry, because China has it all under control? 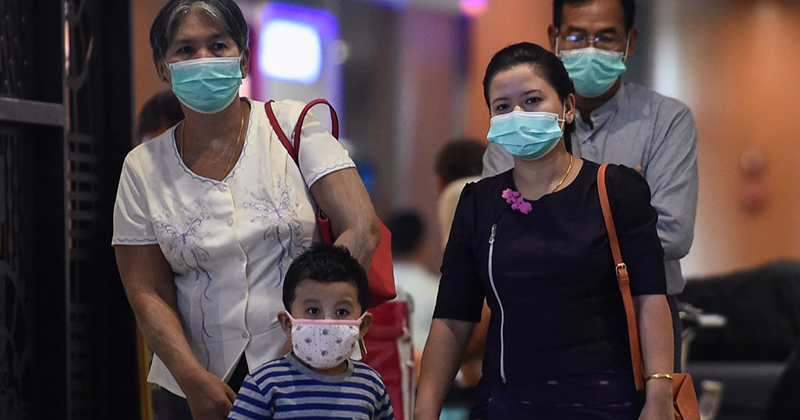 Source: Michael Snyder | Economic Collapse
The World Health Organization says that we are facing an “unprecedented outbreak”, and they are basing that assessment on the official numbers that we have been given so far.
But what if those numbers are not accurate and this outbreak is actually much, much worse than we have been led to believe?
According to the Chinese government, there are now 9,692 confirmed coronavirus cases in China, and the official death toll has risen to 213.

But the Wall Street Journal has already documented the fact that the death toll is being artificially suppressed.
As I discussed the other day, many of those that have died are being categorized as dying from “severe pneumonia” so that they won’t count as coronavirus deaths.

Jon Rappoport of http://nomorefakenews.com joins The Alex Jones Show to break down how the coronavirus pandemic could be used to implement a world government forced inoculation program.
Meanwhile, it is becoming exceedingly clear that the number of confirmed cases is also much lower than it should be.
Large numbers of victims are being classified as “suspected cases” even after it is quite obvious that they have the virus.
CNN spoke to a Chinese woman named Shi Muying who has been told by her doctor that she has the coronravirus, but because a fourth test has not been administered yet she is still considered to be a “suspected case”…

By January 26, Shi began to have a fever — one of the symptoms of the novel coronavirus. She went to the hospital’s fever clinic where she found over 20 patients, all waiting to be tested by one doctor.
She says she was given three tests — a nasal swipe to rule out the flu, a CT scan to compare her lungs against those of infected patients, and a blood test. After nine hours of tests and waiting for results she says the doctor told her that she had coronavirus, but because he could not give her the fourth and most definitive test, she could only be considered a suspected patient. Her 67-year-old father is in the same situation.

So this woman and her father do not count as confirmed cases at this point.  Instead, they are among the 12,100 suspected cases that are still supposedly waiting to be confirmed.
Of course Shi and her father were quite fortunate to actually be tested in the first place.  Many others have visited hospital after hospital only to be turned away each time.
The truth is that the Chinese medical system is simply unable to handle an outbreak of this magnitude.  The hospitals are being absolutely flooded by very sick people, and there aren’t enough doctors or enough resources to deal with them all.
According to a nurse that works at a hospital in Wuhan, what they are facing is truly a very desperate situation…

According to a nurse in Wuhan who asked not to be identified for fear of professional repercussions, staff are overwhelmed, resources are running low, and there are no beds. There are so few hazmat suits that staff disinfect them at the end of their shift to wear again the next day, she said. Around 30 of the 500 medical staff at her hospital are now sick and admitted to hospital, and others — including her — have self-quarantined at home.
“There really are a lot of people who can’t get admitted, but there’s no point in blaming the nurses. There are no beds, no resources. Are we supposed to just fight this battle bare-handed?” she said. “Right now, loads of medical staff are at breaking point … I see my sisters charging toward the front line and I feel so powerless.”

Will similar things start happening in other countries all over the globe?
On Thursday, the number of confirmed cases outside of China [url=https://www.zerohedge.com/s3/files/inline-images/intl cases]surpassed 100[/url] for the first time.  The World Health Organization finally declared a global health emergency, and the head of the WHO warned that this is truly “an unprecedented outbreak”…

“Over the past few weeks we have witnessed the emergence of a previously unknown pathogen that has escalated into an unprecedented outbreak,” WHO Director-General Tedros Adhanom Ghebreyesus said during a news conference at the organization’s Geneva headquarters on Thursday. “We must act together now to limit the spread.”

Of course there has only been a handful of cases in the United States so far, and so most Americans are not really overly concerned about this crisis at this point.
But if this virus continues to spread, that will soon change.
Reuters interviewed a 21-year-old American-born college student that is living in Wuhan named Nicholas Schneider, and he told Reuters that he has been trying to find a way out of the city.  Now that Wuhan has been totally locked down, he says that he feels “like I’m in an apocalypse somehow”…

An eerie calm has descended on the normally bustling streets of the city of 11 million people, where Schneider has been studying geodesy – a branch of applied mathematics – at Wuhan University, about 10 miles (16 km) from where experts believe the new coronavirus originated in a market illegally trading in wildlife.
“It’s like a ghost town, barely any people and cars. It’s a weird feeling. I feel like I’m in an apocalypse somehow,” said Schneider in a phone interview with Reuters on Wednesday.

If this virus starts spreading like wildfire in the U.S., it is just a matter of time before U.S. cities are locked down in a similar manner.
And will our medical system be able to handle a large scale outbreak?
Certainly our system has more resources than China’s does, but the truth is that there aren’t enough hospital beds for all of us.
In fact, right now there are less than a million hospital beds in the entire country.
And there won’t be enough test kits for everyone either.  So far, all testing in the U.S. has been done at the CDC, and officials are hoping to make test kits available to local communities soon.
But what if thousands of sick people showed up at your local hospital demanding to be tested?
Would there be enough test kits?
In China, one journalist tried to get tested, and he was told there are only “100 or several hundred test-kits per hospital per day”…

I tried getting tested at a hospital to see what the process was like. They asked me questions and told me to queue for testing. I went with a patient to Tongji Hospital. Lots of patients had been to multiple hospitals. I was genuinely scared.
The corridors in the out-patients department were all full of beds, lots of people were breathing with masks and oxygen tanks. In the corridors. They had to be seriously ill.
Dr said we need to select which patients to do the test on. There are only I was told 100 or several hundred test-kits per hospital per day. There aren’t enough, so doctors need to select those to check. So some people have been to 5-6 hospitals trying to get tested.

So a lot of sick people in Wuhan may never get tested at all.  Instead, many of them will just sit at home “and wait to die”.
Ultimately, we really do not know how many coronavirus victims there are in China right now.  As I discussed yesterday, researchers at the University of Hong Kong are estimating that there could be 44,000 victims at this point, but they have no way of knowing for sure.
But what we do know is that this pandemic is getting worse with each passing day.  Even if you just look at the official numbers, they are growing at an exponential rate.  Mysterious pandemics are one element of “the perfect storm”that we have been anticipating, and it looks like this current pandemic is only going to intensify in the months ahead.
And the more this pandemic grows, the more fear we are going to see.  Large numbers of people are going to be desperately afraid of getting sick and dying, and that has the potential to paralyze our society to an extent that we have never seen before.