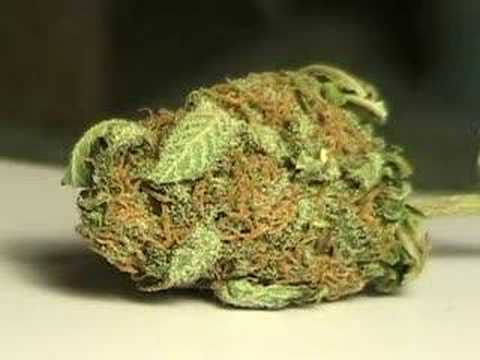 (CNN)A newly discovered cannabis compound has been shown in the lab to potentially be 30 times more potent than THC, the most studied psychoactive compound in marijuana.
Whether the new cannabinoid, named tetrahydrocannabiphorol, or THCP, will deliver 30 times the high of THC — or any high at all — is unclear.
Italian scientists also discovered a second previously unknown compound they named CBDP. It appears to be a cousin of CBD, the medicinal compound known for its anti-inflammatory, antioxidant and anticonvulsant activity.
The discoveries were recently published in the journal Nature, Scientific Reports.

The compounds were isolated and identified from the Italian medical cannabis variety known as FM2 using mass spectrometry and metabolomics, processes used to find the basic chemicals of a sample or molecule.
The authors assessed the ability of THCP to bind to human cannabinoid receptors found in the endocannabinoid system by sending the compound to a lab to be tested in a tube.
The endocannabinoid system's job is to keep our body in homeostasis, or equilibrium, and it regulates everything from sleep to appetite to inflammation to pain and more. When a person smokes marijuana, THC overwhelms the endocannabinoid system, latching on to cannabinoid receptors and interfering with their ability to communicate between neurons. 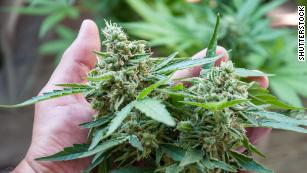 Congress investigates lifting some cannabis restrictions
THCP bound strongly to both receptors -- 33 times more than THC does, and 63 times more than another compound called THCV. The finding led the authors to wonder if THCP might explain why some particularly potent cannabis varieties have a stronger effect than can be explained by the presence of THC alone. Weed impairs driving skills long after the high is gone
"This means that these compounds have higher affinity for the receptors in the human body," said Dr. Cinzia Citti, lead author of the research and post-doctoral fellow in life sciences at the University of Modena and Reggio Emilia in Italy. "In cannabis varieties where THC is present in very low concentrations, then we can think that the presence of another, more active cannabinoid can explain those effects."


The role of alkyl side chains

The alkyl side chain is the driving force behind a cannabinoid's effects on humans. For most of the nearly 150 cannabis compounds, including THC, the chain is only five atoms long, the authors said.
However, THCP has a seven-atom chain, meaning that in its natural form it has surpassed the potency of THC.
A cannabinoid with more than five atoms has never been previously reported as naturally occurring, according to the authors. Additionally, most of them have neither been isolated nor characterized because of how challenging it is.
"The challenge is that it can take a long time to isolate, especially with rare sources," said Dr. Jane Ishmael, associate professor in Oregon State University's College of Pharmacy. "I get the impression that these products were present in small amounts, so it's a surprise to find the natural products from a cannabis plant that we've known about for a long time."

CBD has mostly been the focus of studies on the health benefits of cannabis, but because THCP appears to show stronger binding abilities and potency, the authors think there is potential for health benefits.
The findings could enable the production of cannabis extracts for targeted physical effects; more testing with the study's methods could further the discovery and identification of new compounds, the authors said. 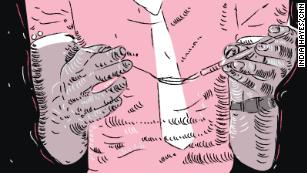 Study finds CBD effective in treating heroin addiction
"There are other minor cannabinoids and traces in the plant that can be hard to study, but by isolation we can continue to assess the effects they might offer," Ishmael said.
"Historically, many of our medicines have been derived by or inspired by natural products. By having new compounds that bind with very high affinity, that will give scientists a new probe into biological sciences."
CNN's Sandee LaMotte contributed to this report.