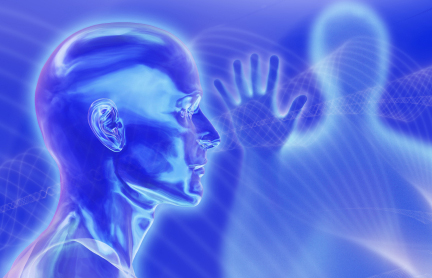 In order to reduce the possibility of you becoming a target of occult psychic attack or even black magic, you need to reduce your occult vulnerabilities. Tom Montalk made a good point about this in the forum discussion as well: “If you’re sending hate darts at people, emitting thoughts of contempt and judgment, revenge fantasies, even sexual fantasies, these do things to your energy field and overall “balance sheet” that open up additional vulnerabilities to negative influences.” You can add envy, jealousy, or any other negative projection with an emotional charge behind this, as well.
Most often, the other person’s unconscious wounds, traumas, or ego issues/self-importance/insecurity get triggered, and their pain is being projected onto another person, which is then augmented by occult forces. We can engage in the same pattern of shadow projection ourselves unconsciously if we don’t check our own triggers. It’s also an occult law that these projections will come back around to the person emitting them to “balance sheet” like karmic debt. That goes for any black magic/psychic attacks targeted on others, consciously (via ritual and curses) or unconsciously (via shadow projections).
“In occultism, there is the “rebound”. You send out a bad thought, it returns to you as an attack. That is exactly one of the reasons why you must have a complete control over your feelings, sensations, thoughts, for if you become angry with someone or think badly of him, or if, still worse, you wish him ill, well, in your very dream you see this person coming with an extreme violence to attack you. Then, if you do not know these things, you say, “Why, I was right in having bad thoughts against him!” But in fact, it is not at all that. It is your own thought that comes back to you. And the person may be absolutely unaware of all that has happened, for — and this is one of the commonest laws in occultism — if you make a formation, for instance, a mental formation that an accident or something unpleasant should happen to a certain person and you send out this formation, if it so happens that this person is in a very high state of consciousness, does not at all wish anything bad, is quite indifferent and disinterested in the affair, the formation will come up against his atmosphere and instead of entering will rebound upon the one who has made it. In this way, serious accidents have taken place. There were certain people who practiced that low deformation of occultism which is called magic and they had made formations through magic against someone. But this person happened to be far above this and could not be touched by those formations. So they returned upon those people, fatally. If they had made a formation of death, it would have been they who died.”
– The Mother Mira Alfassa, The Collected Works of the Mother
As always, it is best to just make boundaries (energetically and psychically), and not get into victim/blame or attack/defense mode but staying in non-reactive zero-point—the most important and most difficult part is to not take anything personally. If you can rise above, not accepting any thought suggestions and not reacting to them whatsoever, you stay immune to any psychic attack and will, in fact, send it back to the sender who then has to deal with his/her thought formation him/herself. This is easier said than done because the ego, with its self-importance or self-pity, always likes to blame externally and fall into victim/blame to attack/defend, engage in passive-aggressiveness, sulking inside silently with negative thought projections (especially resentment), or fully lashing out verbally, etc. Hence, a consistent meditation practice is the key to learn to still your mind and detach from any thoughts and emotional reactivity.
In the same way, any negative projected thought you send out will come back around to attack you. In some instances, it’s actually good to reach out (if it’s asked for) and bring it all into the open by applying basic shadow work with self-responsibility for the purpose of healing relationships, especially if it’s someone you know personally. But this only works if both people (or more) are committed to the process and SINCERELY 100% ready to take full self-responsibility for their feelings and projections. This requires a certain level of vulnerability, courage, and humility as well. However, I’ve noticed that many people are not capable of engaging in this process of open, vulnerable, shadow work for they lack basic emotional intelligence and can’t tune into their bodies, or, oftentimes, are missing a certain intellectual capacity to understand and apply basic shadow work.  Sometimes they may simply fear this face-to-face process for it asks for a certain level of transparency and vulnerability (which unmasks and is, therefore, threatening to the ego); while others simply lack the sincerity to work on themselves and truly take self-responsibility for everything they feel without blaming/attacking/or becoming defensive.