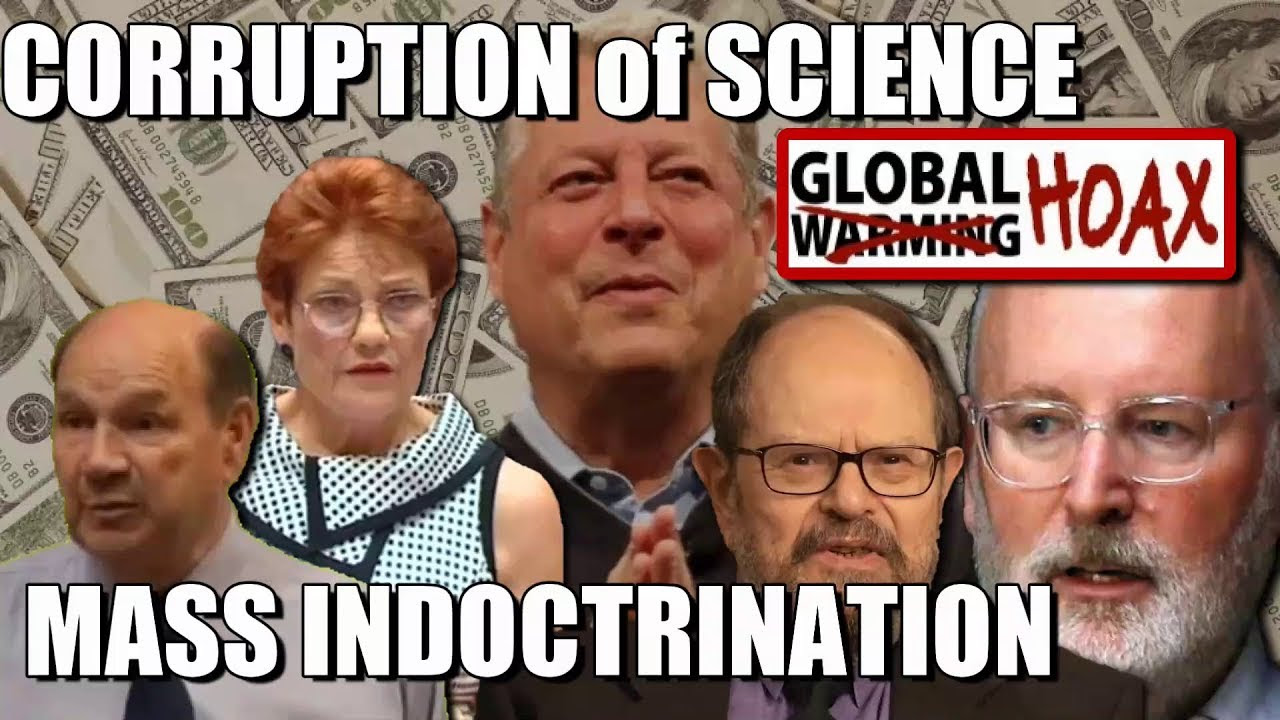 Wow, this Dutch YouTube account, Artikel 7 is pumping out amazing videos, skillfully editing together disparate pieces of footage with music and graphics, while driving a powerful point about the deliberate corruption of science to push forward the misanthropic, nihilistic, apocalyptic and genocidal cult that is climate activism.
As Dr. Tim Ball, a retired professor from the University of Winnepeg says here, this corruption has been premeditated, “And just like with murders, murders of passion are one thing but premeditated murders are a completely different situation.”
Dr. Richard Lindzen, an Atmospheric Physicist at MIT says of this corruption, “Science, itself has become sort of a slight irrelevance, that stories have been promoted over the last 25-30 years and they have completely redirected the science. But more to the point, they’ve also followed Eisenhower’s warning that fundamentally, as the state monopolizes the support of science. It calls the shots.
“So you have the scientists on the one hand, on both sides presenting, I would say, not particularly alarming scenarios but then you have the body politic presenting something that does not, by and large have the support of science, about the end of the planet…
“What is the cost of the politicization of science? Well, it’s many things…I don’t think any field survives this degree of corruption without losing, if nothing else it’s self-respect. But in terms of climate science, I think it set back the field probably a few generations.
“I mean, it forced it into a channel that was not describing most of past climate change and so, instead of trying to figure out how the Earth behaved, the field was co-opted into a situation where it was supposed to support a paradigm that the government wanted or that the environmental movement wanted.”