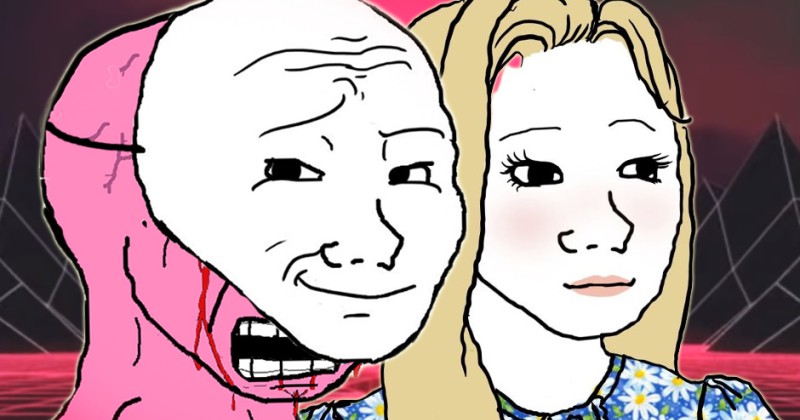 Source: Andrew Fillat & Henry Miller | HumanEvents.com
The Seattle School Board recently deemed inequality – too few minorities – in their gifted children program to be more important than nurturing the abilities of these intellectually talented kids.
They propose to consign these high achievers to classes that will fail to challenge or engross them, and potentially show them the futility of achievement.
“What are they thinking?” we wonder. Presumably, this school board is not comprised of stupid, corrupt, or ill-intentioned people. But what could motivate this kind of policy change?

Of course, people have a right to be ignorant and to make bad decisions. Just as we can choose to damage our health by overeating, smoking cigarettes, and neglecting to take prescribed medications, we can also choose to remain uninformed on policy issues. Sometimes, it might even make sense to do so.

An internet troll who hated a conservative student because of his political opinions has successfully used “hate crime” legislation to get him charged with a felony — “making terrorist threats” — simply for posting a photo of himself with his gun. And Sandy Hook lawyers’ lawsuit against Remington moves forward in spite of its clear violation of law
According to economists, “rational ignorance” comes into play when the “cost” (usually meaning the effort) of gaining enough understanding of an issue to be able to make an informed decision relating to it outweighs the benefit that one could reasonably expect from doing so. For example, many who are preoccupied with family, school, work, and mortgages may not consider it worthwhile to sift through a mass of arcane data to understand, say, the risks and benefits of nuclear power, plasticizers in children’s toys, or genetically engineered crops.
A quarter century ago, the cosmologist Carl Sagan expressed concern about the trend toward a society in which, “clutching our crystals and religiously consulting our horoscopes, our critical faculties in steep decline … we slide, almost without noticing, into superstition and darkness.”
More recently, British polymath Dick Taverne warned that, “in the practice of medicine, popular approaches to farming and food, policies to reduce hunger and disease, and many other practical issues, there is an undercurrent of irrationality that threatens science-dependent progress, and even the civilized basis of our democracy.”
In everyday life, public policy, and even in the decisions made by elite universities, we are seeing such dire predictions validated.


MISSING THE FOREST FOR THE TREES

A variation on these ponderous themes is the kind of thing we recently encountered in an article published by Stanford University’s news service that seems a perfect example of largely symbolic idealism: “simple, but meaningful steps [people on campus] can take to reduce their environmental footprint.” Those steps consist of actions like converting lights to LEDs, updating aerators to save water, and reducing the use of disposable packaging and utensils.
Those actions are aimed at addressing climate change at the micro level, and there’s nothing wrong with them, to be sure. Certainly, small contributions can make a difference if they’re aggregated across a large population. But at Stanford, they seem to be missing the forest for the trees. At the same time the university encourages those baby steps, it embraces and encourages organic farming, which is wasteful of water and arable land. The university’s organic gardens prohibit the cultivation of plants crafted with modern genetic engineering technologies (including a groundbreaking one that was co-invented by a Stanford professor), and, incredibly, invited Vandana Shiva, an aggressively anti-science and anti-technology activist, to lecture to its students. Her rejection of modern agricultural technologies and encouragement of primitive farming methods in poor countries leads to low yields, vulnerability to pests and diseases, under-nutrition, and diminished longevity.
The dissonance between Stanford’s ostensible priorities – preeminence in science and technological innovation, and environmental stewardship – and its actions is a prime example of the schizophrenia of much of America’s liberal intelligentsia.
Too often, even when small actions make sense, the attempts to generalize and expand the good intentions to a larger scale go wildly awry. We could go on and on about the wrong-headed, proposed remedies for climate change, but consider the following examples:

The broader point is that, echoing Professor Sagan and Lord Taverne, we are increasingly sacrificing common sense and rationality to a kind of mindless idealism.


THE LIMITS OF QUIXOTIC THINKING

The most likely explanation for the policy shift the Seattle School Board is considering is that they, too, have capitulated to idealism and have been blinded by identity politics into believing that all people are, literally, created equal—not just in the eyes of the law, but in innate characteristics including intelligence. According to this view, differentiating people by accomplishments is hurtful if the outcome does not precisely mirror the racial, gender, ethnic, and cultural dimensions through which everyone can be categorized. Any underrepresented cohort in these political categorization schemes is, by default, considered to be victimized, and the system must, ipso facto, be racist, sexist, homophobic, etc.
But if this is a valid viewpoint, we would ask, “Why isn’t everybody athletically talented enough to play professional sports if they choose?” and, “Why can’t everybody become a coloratura soprano or a published poet?”
Those questions are fundamentally no different than, “Why can’t everybody solve complex math and engineering problems like the smartest kids at M.I.T.?”
The ideal of perfect equality fails in the real world, so why distort policy to try to achieve the impossible?
This situation has been a long time coming. It began when parents somehow acquired the notion that disappointment or hurt feelings was something their kids should, and could, be entirely spared. But that fails to distinguish between learning opportunities, where disappointment is constructive – every child must at some point learn that he can’t always win the spelling bee or get all A’s – and the kind of damage to self-esteem that might justify protection.
This trend has led to “participation trophies,” safe spaces, crying booths, protection from micro-aggressions and “trigger words,” and, more recently, the “right” not to be made to feel uncomfortable.  British writer and TV personality Piers Morgan has called it the “snowflake and victimhood culture.”
This new entitlement is a major contributor to the adoption of feelings-based policies that reject the need to seek rational validation. Fact-based debate no longer seems necessary, if passion and good intentions suffice. Unwelcome facts can be ignored, repudiated, or “cancelled,” if social media condemns them.
Entitlement is everywhere. Identity is everything. Measures of merit are no longer a crucial factor for judging people’s status. Virtuous ideas and virtue-signaling are sacrosanct, regardless of their grounding in reality.
Although individuals are entitled to believe in horoscopes, trust in crystals to bring good luck, or buy into quack medical cures, such irrationality becomes a serious threat to society when it is allowed to influence public policy. For that reason, we need to choose political leaders who understand the limits of quixotic thinking, or we will continue to confront financial albatrosses like the Green New Deal and California High Speed Rail Consortium (aka the Train to Nowhere). If we tolerate the dominance of ideological purity and good intentions over reason, perils lie ahead.