Latest topics
» WATCH: This man built a home of the future using trash from the past 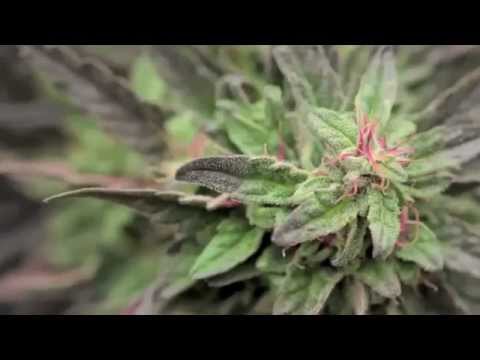 Biotech companies have been plodding behind the scenes for years in preparing of their veiled entrance into the cannabis industry. With patented ‘odorless’ strains, weed connoisseurs could soon be smoking genetically engineered pot without even realizing it.
A Canadian company called CannabCo Pharmaceutical Corp. seeks to be the first of such companies to produce fully genetically modified (GM) cannabis. Similar to the non-browning apple developed by Okanagan Specialty Fruits Inc., CannabCo has developed a form of cannabis with technology which “greatly reduces” odor.
“A number of users, and people that are around cannabis smokers, complain about the smell, especially in enclosed areas, condos and apartments, and this technology addresses those concerns.” – CannabCo President Mark Pellicane
However, no trials have been conducted to determine whether smoking genetically modified cannabis causes any adverse effects on its user’s health. There have been no animal studies to date, and certainly no long-term studies on humans showing that the product is safe to use.
“How would they know that? I mean, you couldn’t do a randomized placebo-controlled trial because people would taste the difference.” – Peter Grinspoon, a doctor at Massachusetts General Hospital
In the same way that Monsanto introduced genetic engineering into the food supply in the 1990’s, CannabCo is seeking to get their foot in the cannabis door with even less safety testing than Monsanto had to undergo.
Because of  Monsanto and Scott’s Miracle Gro‘s “deep business partnership”, as reported by Big Buds Magazine, we know that a subsidiary company of Scott’s has been buying up cannabis growing companies as they prepare to enter the market.
“They want to bypass hydroponics retail stores…When we said we won’t get in bed with them they said, ‘Well, we could just buy your whole company like we did with Gavita and do whatever we want.’” – Hydroponics Lighting Representative
CannabCo has stated that they reserve an exclusive right to sell the product, potentially driving out other businesses and even other strains as they grow market share. If they follow the same trend as GM corn and soy did in North America, biotech will ultimately achieve near-total control over cannabis and its growers.
Genetically engineered pot would be a “global first,” but there’s no reason to believe that the situation won’t end up exactly like it did with GM food. Nearly all of the natural biodiversity that now GM-dominant crops once held has depleted, resulting in mostly genetically indistinct corn and soy. If this happened to cannabis, it would mean less choice for the consumer and total corporate control over the growing process.
“The United Nations warns that the diversity of cultivated crops declined by 75% during the 20th Century and a third of today’s crop diversity could disappear by 2050. The global plant breeding market is dominated by multinationals like Monsanto. They’re stealing Nature from us.” – Michael Straumietis, founder and owner of hydroponics nutrients company Advanced Nutrients
Critics of genetic engineering often point out that Monsanto’s ‘terminator seeds’ remove the ability for farmers to save seeds, forcing them to purchase more from the supplier (Monsanto) each year, chemicals that only work with GM seeds have decimated the soil and are causing damage to the environment and our health, and biotech companies have bought off scientists and academics to push their pro-GM propaganda.
Is the convenience of ‘odorless’ weed worth it, even though the technology is patented and largely untested, or should we stick with natural products known to be safe?