Unknown Protein Found Inside a Meteorite for the First Time 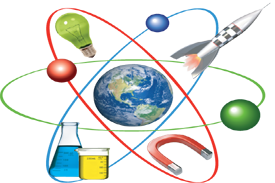 Alien Protein Found Inside a Meteorite for the First Time
March 3, 2020

A team of American scientists believe they may have discovered the first extraterrestrial protein known to man. It was found within a meteorite which fell to Earth some three decades ago.
via RT:
If verified, the find – which has yet to be peer reviewed – would be the latest in a series of milestones bringing us closer to discovering extraterrestrial life. Ribose, a type of sugar found in RNA, was recently identified on a meteor.
Physicist Malcolm McGeoch, who works for the PLEX Corporation – which specializes in making superconductors for x-ray machines – used mass spectrometry techniques on a meteorite called Acfer 086, which crashed down in Algeria in 1990.
He and his team claim to have found evidence of the presence of glycine amino acid with a much stronger signal than in previous analyses. They say the glycine was bound to other elements like iron and lithium, suggesting it was part of a protein – which they have provisionally named hemolithin.
As far as we know, life cannot exist without protein, so while we may not have met ET yet, we are gradually compiling evidence that we’re not alone in the universe.
Although hemolithin is structurally similar to proteins here on Earth, it has an entirely ‘alien’ ratio of deuterium to hydrogen, unlike anything seen before on our planet. According to preliminary readings, the protein may have formed among the stars some 4.6 billion years ago.
The team admits, however, that what they have found may instead be a polymer – a broader class of molecules of which protein is a member – and they are inviting further research into Acfer 086 and similar meteorites to confirm what exactly they’ve found.
RT