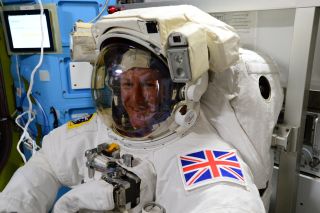 Dr. Helen Sharman was Britain’s first astronaut. She went to space 28 years ago and recently made headlines by stating that there is no doubt whatsoever that “All sorts of forms of life” exist in the universe, and it’s possible that “They’re here right now” and in some cases we “simply can’t see them” as they are so different to humanity.
advertisement – learn more
Could she have been referring to beings that exist within other dimensions? Based on my research, when it comes to the topic of UFOs and the extraterrestrial hypothesis as an explanation for some of these objects, many have hypothesized that some of these craft simply pop in and out of our existence, perhaps from another dimension.
Sharman told the Observer Magazine that “Aliens exist, there’s no two ways about it” and that “There are so many billions of stars out there in the universe that there must be all sorts of forms of life.”
The chemist spent eight days as a researcher on the space mission when she was 27, making her one of the youngest people to enter orbit.
This echoes the thoughts and feelings of the majority, if not all of the scientific community right now when it comes to contemplating life beyond our own world.
The list of astronauts around the world who have shared their belief that intelligent life exists, in abundance, elsewhere in our known universe is quite long. Some have even stated that they have been privy to evidence suggesting that we have been visited, and are being visited.
Read More