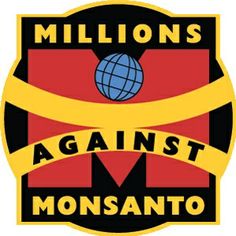 Jury finds that because of dicamba, a peach farmer is going out of business
Photo by JJ Goulin/iStock
By Carey Gillam | Feb 25 2020
A Missouri peach farmer notched a rare courtroom victory this month, defeating the former Monsanto Co. and chemical giant BASF in the first of what is expected to be a series of court fights over claims that the companies are responsible for pesticide damage that has wiped out orchards, gardens, and organic farm fields in multiple states.
On February 14, a unanimous jury awarded Bill Bader and his family-owned Bader Farms $15 million in compensatory damages. The following day, they added on another $250 million in punitive damages to be paid by Bayer AG (Monsanto’s German owner) and BASF. The jury found that Monsanto and BASF conspired in actions that created what Bader’s attorney called an “ecological disaster” designed to increase profits at the expense of farmers such as Bader.
The verdict followed three weeks of documentary evidence and testimony introduced in US District Court in Cape Girardeau, Missouri. The evidence proved that Bader Farms suffered extensive damage to its peach business from dicamba, a herbicide sprayed by neighboring farmers that drifted into the Bader orchard. The dicamba did so much damage that the Bader farm is essentially being forced out of business due to the loss of 30,000 peach trees, according to Bader attorney Bill Randles.
“It’s very sad,” Randles said in an interview with Sierra. “He’s been the ‘peach guy.’ Now . . . his peach farm cannot survive.”
The Bader lawsuit is one of many brought by farmers around the country blaming Monsanto and BASF for dicamba damage to their fields, gardens, and trees. Dicamba has been used by farmers for decades to kill weeds on their fields but historically was not sprayed during hot summer months because of the tendency of the herbicide to become volatile and drift long distances where it could kill non-targeted plants.
Monsanto upended that caution when it introduced genetically engineered soybeans and cotton designed to tolerate a direct spray of dicamba. The company said fields planted with its new GMO crops could be sprayed with new dicamba formulations developed by Monsanto and BASF that would not drift away from the targeted fields. That meant farmers buying the GMO seeds could use the dicamba herbicides at will to help fight weeds even during the warm months of the season and not worry about harming a neighbor’s fields, the companies said.
Monsanto announced in 2011 that it would work with BASF to introduce the new dicamba system because its “Roundup Ready” system, which was based on the use of glyphosate herbicides and glyphosate-tolerant crops, had led to an epidemic of glyphosate-resistant weeds.
Scientists warned that while the new system might work well for people buying the special seeds, it would threaten the production of farmers growing anything other than Monsanto’s GMO soybeans and cotton. Publicly, Monsanto and BASF scoffed at the concerns and assured regulators that their new dicamba cropping system would not create problems.
But internal corporate communications introduced at trial by Randles showed that the companies secretly predicted there would be thousands of complaints about dicamba damage and even planned how to avoid liability. The documents also showed that the companies believed many cotton and soybean farmers would buy the special GMO seeds not because they wanted or needed the weed control but as a defensive measure against drift.
“They knew they were going to hurt people, and they planned to make money off of it. It is that simple,” Randles said. “There were a lot of documents in which they privately acknowledged the harm they’re causing.”
The jury largely agreed with the Bader Farms’s allegations, finding that Monsanto was negligent in distributing its GMO dicamba-tolerant seeds before new herbicides were released, which encouraged farmers to spray old versions of dicamba. The jury also found that Monsanto and BASF were negligent because even their new dicamba herbicide formulations drifted off target despite the companies’ representations that they would not.
Bayer said that it would appeal the verdict and that there was “no competent evidence presented” attaching liability to Monsanto’s products. BASF said it was “surprised by the jury’s decision” and would join in the appeal.
“BASF is convinced of the safety of its products when they are used correctly following the label instructions and stewardship guidelines,” the company said in a statement.
Lawsuits similar to Bader’s have been brought by roughly 140 farmers and have been combined as multidistrict litigation (MDL) in the federal court in Cape Girardeau. The same judge who oversaw the Bader trial, Judge Stephen Limbaugh, is overseeing the MDL.
Randles said he is confident that the jury verdict will be upheld.
“They’re going to pay. Can they stall it? Yes,” Randles said. “Can they overturn it? No.”
Like what you read? Sign up for daily updates from Sierra magazine.