Italy’s healthcare system on the brink of collapse, as the number of cases explode to 15,113 – with 1,016 deaths

Posted on March 13, 2020 by The Extinction Protocol

Despite stricter measures enforced by the government, the death toll from the novel coronavirus outbreak in Italy continues to rise, reaching 1,016 on Thursday — a jump of 23% over a period of 24 hours. According to the latest figures provided by the Italian Civil Protection Department, the total number of cases in the country has risen to 15,113, the highest anywhere in the world after China, where the virus emerged last December.

On Wednesday, the Italian government warned citizens that new containment measures — including a stricter lock-down of shops, bars, and other commercial activities — will take at least a couple of weeks to slow down the spread of the virus. Fears over the COVID-19 outbreak are also taking a toll Italy’s financial markets as its main index, FTSE MIB, closed almost 17% down on Thursday, its worst loss on record. Italy’s stigma as the hotbed of the virus in Europe is also having a major impact on airport traffic.

Operational activities at the two airports in Rome — Fiumicino and Ciampino — were reduced on Thursday, following a high number of cancellations due to the coronavirus outbreak. The company that handles both airports announced that starting March 17, Fiumicino will close its Terminal 1, while all check-in and luggage claim operations will be handled at Terminal 3. The Ciampino airport, which is mainly used by low cost companies, will completely shut down its passenger terminals from March 14. Despite Italy’s strict travel restrictions to contain the spread of the virus, flights in and out of main Italian airports have seen a steep decline and check-in areas have been almost deserted in recent days.

The situation has been further complicated by U.S. President Donald Trump’s decision to impose travel restrictions related to Europe. Since originating in Wuhan, China, last December, the coronavirus has now spread to more than 110 countries. The global death toll has surpassed 4,600, with more than 125,000 confirmed cases, according to the World Health Organization, which has declared the outbreak a pandemic.   –AA

New study shows some infections could last for 37 days: Some people who get the coronavirus could be contagious for a lot longer than the two-week quarantine period that many countries are using, a new study says. Researchers looking at cases in China say patients could spread the virus for up to 37 days after they start showing symptoms, according to the study published in the British medical journal The Lancet. On average, survivors still had the virus in their respiratory system for about 20 days and could presumably continue to spread the disease, researchers found. “The shortest observed duration of viral shedding among survivors was 8 days, whereas the longest was 37 days,” the researchers said. – Miami Herald

Canadian Prime Minister Justin Trudeau’s wife, Sophie Gregoire Trudeau, began exhibiting flu-like symptoms after returning from a speaking engagement in the U.K.
Mrs. Trudeau has now been confirmed to be infected with the Chinese Coronavirus.
Surprisingly, sources tell CTV News  the couple’s children are not showing symptoms and are not being quarantined.

CANADA – Canadian government officials announced Thursday night that Prime Minister Justin Trudeau’s wife, Sophie Grégoire Trudeau, tested positive for the coronavirus and “will remain in isolation for the time being.”

They also said the prime minister “is in good health,” and his wife “is feeling well,” showing “mild” symptoms. (link)

“The NBA is suspending game play following the conclusion of tonight’s schedule of games until further notice.” 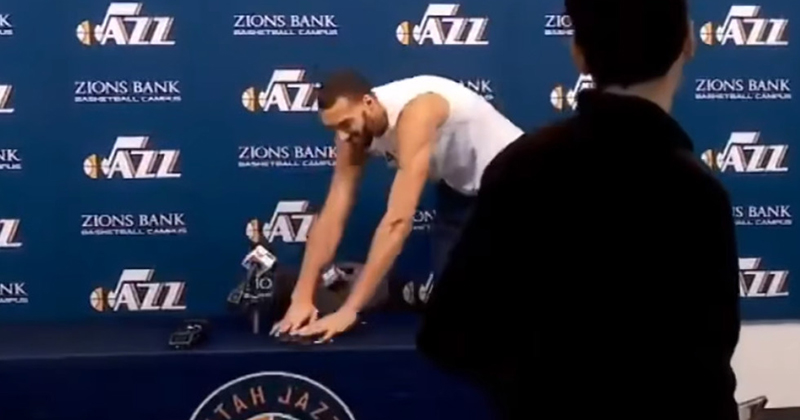 Source: RT
The National Basketball Association (NBA) has ended its season early after Utah Jazz player Rudy Gobert – who made light of the coronavirus scare at a recent press conference – was confirmed to be carrying the disease.
“The NBA is suspending game play following the conclusion of tonight’s schedule of games until further notice,” the league said in a statement on Wednesday night, adding that it would “use this hiatus to determine next steps for moving forward in regard to the coronavirus pandemic.”

U.S. projections: Up to 150 million Americans could get coronavirus – could kill 25 times more people than the flu

Posted on March 13, 2020 by The Extinction Protocol

The Reality Show: No matter what the top U.S. virologists say, Americans continue to be in denial and are downplaying the coronavirus threat much to their own possible peril. The warnings from the nation’s leading virologists are meant to spur the public into action to prepare and possibly mitigate the potential risks and rates of infection.
Washington (AFP) – Between 70 to 150 million people in the United States could eventually be infected with the novel coronavirus, according to a projection shared with Congress, a lawmaker said Thursday. Congresswoman Rashida Tlaib made the remarks during a hearing of the House of Representatives with members of the president’s coronavirus task force, confirming earlier reports by US media outlets including Axios and NBC News. “Congress’s attending physician told the Senate that he expects between 70 to 150 million people to eventually contract the coronavirus in the United States,” Tlaib said.

Axios had reported that doctor Brian Monahan conveyed the projection to Senate senior staff on Tuesday, telling them they should prepare for the worst and offering advice on how to remain healthy. The upper end of the projection is about 46 percent of the US population of 327 million people. By comparison German Chancellor Angela Merkel warned this week that up to 70 percent of her country’s population could get the virus. Asked by Tlaib whether he believed the projection was accurate, Anthony Fauci, head of the National Institute of Allergy and Infectious Diseases (NIAID), told the hearing: “We really need to be careful with those kinds of predictions because that’s based on a model.”

He added that “all models are as good as the assumptions that you put into the model” and that with containment and mitigation the upper end of the projection could be avoided. About 80 percent of coronavirus cases are mild, and the overall mortality rate is around one percent, according to the latest estimate provided by Fauci to Congress on Wednesday. At the low end of the projection this would mean about 700,000 deaths. At the high end it would mean 1.5 million deaths. Heart disease was the leading cause of death for Americans in 2018, with just over 650,000 deaths in 2018. The flu and pneumonia caused around 60,000 deaths.  –Yahoo News

Posts : 1810
Join date : 2012-02-15
Age : 66
Location : Ct
What a convenient way to collapse a countrys financial system, especially if the're already bankrupt as all of the EU is. How long before the REAL reason for the designer flu shows its ugly face. Hmmmm. Perhaps some of my older posts might be interesting..Just a thought...

BBC have released a statement from some official body, probably W.H.O

It say's Europe is now the epicentre of this virus

From China to Europe?  what dots join that up?

Italy has been reeling from the same thing as Greece, Portugal, and Spain EU debt. The factor that Italy shares or soon will do with Germany and Scandinavia, the Turkey has set in motion again  ...... illegal immigrants. Italy has them and more of them heading north into the epicentre.....

China is pointing the finger at the US, and no govt seems to have a clue, it would all make sense if they were playing from the same script.... but what do I know?