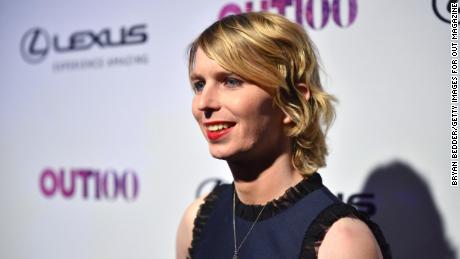 
March 12, 2020 “Information Clearing House”  US District Judge Anthony J. Trenga ordered whistleblower Chelsea Manning released from detention on Thursday, a day after she attempted to take her own life. However, he did not release her from the fines she incurred as punishment, which total a quarter of a million dollars.
“Upon consideration of the Court’s May 16, 2019, order, the motion, and the court’s March 12, 2020, order discharging Grand Jury 19-3, the court finds that Ms. Manning’s appearance before the grand jury is no longer needed, in light of which her detention no longer serves any coercive purpose,” Judge Trenga wrote in a Thursday court order. “The court further finds that enforcement of the accrued conditional fines would not be punitive but rather necessary to the coercive purpose of the court’s civil contempt order.”
“According, it is hereby ordered that Chelsea Manning be, and she hereby is, immediately released from the custody of the attorney general,” he wrote.
However, the judge denied Manning’s request to have waived $256,000 in fines she had accrued since the previous May, which he added as an additional coercive measure to try and force her to testify.
The decision comes a day after Manning attempted to end her life while in Virginia’s Alexandria Detention Center and a day before she was due to appear in court regarding a February 19 motion for her release. She has been in detention since March 2019 for her refusal to testify before a grand jury about her interactions with WikiLeaks co-founder Julian Assange, who helped her publish a trove of stolen US government documents in 2010 revealing US war crimes in Iraq and Afghanistan. Manning, then a US Army intelligence analyst, was tried and sentenced to 35 years in prison in 2013 for that crime, but released in 2017 when departing US President Barack Obama commuted her sentence.
Her detention has been protested by tens of thousands of activists, academics, politicians, and sympathetic persons, including the United Nations’ special rapporteur on torture, Nils Melzer, who wrote a letter to the US government in November denouncing her treatment and calling for her release.
On Wednesday, Melzer wrote on Twitter that Manning’s suicide attempt was “typical for the confusion, dehumanisation & suffering deliberately inflicted through prolonged psychological torture.”
Assange was arrested in the United Kingdom a month after Manning was detained, and the US Department of Justice revealed he was charged with 18 counts relating to his publication of Manning’s documents. The first round of Assange’s extradition hearings in London happened last week, which could see him shipped to the US for trial.
“Source”
Do you agree or disagree? Post your comment here
Anti-War Activist Chelsea Manning Attempted Suicide in Prison
She has been pressured to cooperate with an investigation against journalists who expose government misdeeds.
By teleSUR

March 12, 2020 “Information Clearing House” –   Former U.S. Army Intelligence analyst Chelsea Manning attempted suicide on Wednesday at a detention center in Virginia, where she has been incarcerated since March 2019 for her refusal to give testimony before a grand jury convened to investigate and prosecute journalists whose work threatens to expose government misdeeds.
The anti-war activist, who is currently recovering her health at the hospital, was scheduled to appear before a judge regarding a motion seeking to end the civil contempt sanctions she faces.
“Ms. Manning is still scheduled to appear on Friday for a previously-calendared hearing, at which Judge Anthony Trenga will rule on a motion to terminate the civil contempt sanctions stemming from her May 2019 refusal to give testimony before a grand jury investigating the publication of her 2010 disclosures,” Manning’s lawyers said.
U.S. prosecutors have kept Manning in jail under “coercive confinement”, which means that she will be held in jail until she agrees to cooperate and testify about her association with WikiLeaks founder Julian Assange.​​​​​​​
“Coercive confinement is considered a violation of international law, but the U.S. authorizes its use to enforce cooperation with grand jury subpoenas…


Since Chelsea will never betray her principles, her confinement is not coercive, but punitive, and must not continue,” organizations supporting the anti-war activist said.
Before being at the Alexandria Detention Center, Manning served seven years in a military prison on the same charges that are currently being brought against her.​​​​​​​

A.Stepanian:"Her [@xychelsea] actions today evidence the strength of her convictions,as well as the profound harm she continues to suffer as a result of her 'civil' confinement-a coercive practice that UN Rapporteur on Torture,@NilsMelzer recently said violates international law" 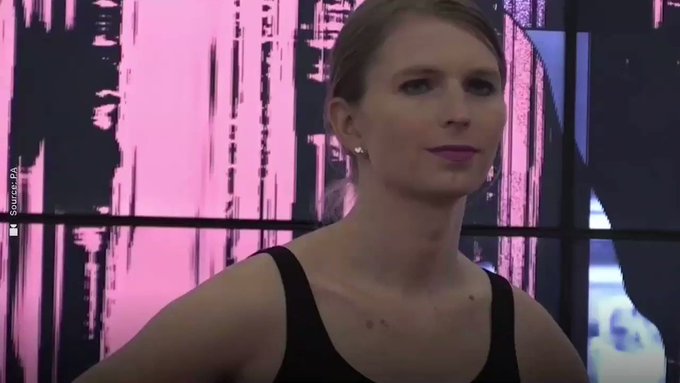