A high-level government source warned me TWO YEARS AGO that US cities would be locked down under quarantine Sun Mar 22, 2020 8:11 am

Admin
Posts : 107469
Join date : 2012-01-04
Location : Woodstock Nation
A high-level government source warned me TWO YEARS AGO that US cities would be locked down under quarantine… here’s the stunning proof this was all planned years ago
Saturday, March 21, 2020 by: Mike Adams 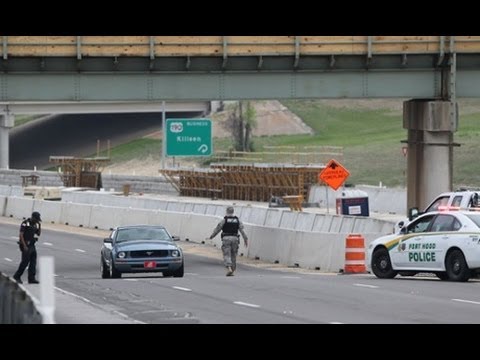 (Natural News) In late November of 2017, a high-level government-connected source described to me almost the exact scenario that is unfolding now across America: Quarantined cities, the collapse of food supplies, the acceleration of martial law and other shocking details you may have forgotten you read here on this website over two years ago.
I published all the details on December 2, 2017 in a Natural News article entitled, “Nationwide civil unrest coming… and city dwellers are the LEAST prepared to survive.”
The article, with selected quotes republished here, is so incredibly accurate in describing what’s happening right now that it’s practically a roadmap for 2020. Although at the time, I believed the context for this was a left-wing uprising. Little did I know the real plan was something far more sinister and deadly on a global scale.
Indeed, the fact that I was told all this two years ago — by a source I haven’t heard from since, by the way — is yet more proof that everything you are seeing unfold right now was pre-planned, engineered and initiated to achieve exactly what’s unfolding now.
Here are some of the quotes and points from the 2017 article, which are now almost unbelievably accurate:

In fact, I even recorded a podcast that was posted in late 2017 which covered all this. Remember: At the time, I believed the context of this would be an Antifa uprising and an attempted violent Leftist revolution. Little did I know the real plan was something much, much bigger. And by releasing a pandemic, globalists have managed to convince all the mobs to stay home.
The big realization in all this is that globalists have planned to exterminate humanity for many years, and they built the weapons to achieve that, then caused those weapons to be released. Now, it’s all proceeding like clockwork to line everybody up and euthanize the clueless masses with the coronavirus vaccine. From a globalist point of view, it’s so much easier to exterminate people when they’re begging for the vaccine, isn’t it? Hence the coordinated censorship of all voices that oppose mandatory vaccines…
Here’s the podcast from 2017 which explains more:
www.brighteon.com/5814850992001