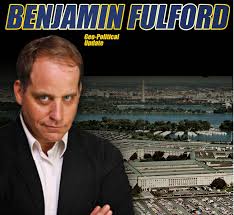 We have received a warning that an electromagnetic attack on Tokyo is planned for Wed. March 25th.
5G transmitters have been installed all over the city and will be activated on Wednesday.
This may cause serious health effects and/or disruptions to electronics etc. 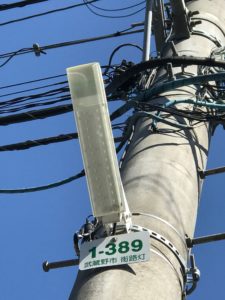 If any deaths occur as a result retaliation will be focused on La Palma on the East coast of the US.

Project Blue Beam is full steam ahead, so sit back and enjoy the fake Armageddon show

The fake end-times scenario now unfolding in the West will soon get more fantastical, so sit back and enjoy the show.  Although it may seem scary at times, the real aim is to create a better world.  “We have defined the duration of the theatre as 20 months,” says a European royal family source.  So far over 30 countries and a billion people are on lockdown as part of the show.
However, at the same time, we are also hearing from esoteric sources that a very real war that has been raging for thousands of years is coming to an end.  If humanity is victorious, the quarantine on the planet Earth will be lifted and humanity will be allowed out into the universe, according to sources in the family groups that control monotheism.
Before this is possible though, the old financial control grid has to be collapsed and that means there will be turbulence and some hardship, especially in the West, as the rest of the world stops paying tribute to the Khazarian mob, Asian secret society sources say.
Before we take a look at what will happen to the financial system, let us take a peek at some of the project blue beam fake end times show now being promoted.  The P3 Freemasons sent me the following images and video last week.
The first is of devil’s horns appearing above a church in Austria.

Then the devil appeared in the Persian Gulf.

The video is of a demon appearing on the roof of a church in Spain.  A short video of it can be seen here:  https://www.youtube.com/watch?v=apzR0haUcfI
With a few clicks of the mouse, we checked out what the P3 sent us and found out the following: According to NASA, the first picture is of a partial eclipse of the sun that took place in 2003.  News reports say the second was a partial eclipse on January 7th.  2020.  Maybe, but the P3 does have the technology to beam such holograms in the sky, which they demonstrated to me when I visited them in 2009.
The gargoyle or demon on the church roof, it turns out, was created by what appears to be a teenager in Spain working on his home computer.  The six-minute video below shows exactly how parallel reality can be created on the internet. https://www.qhubocali.com/virales/video-demonio-en-la-azotea-el-video-viral-que-aterroriza-a-internet/
In any case, the fake pandemic show we are now seeing actually represents a real war for the planet earth. NSA sources are now telling us that Covid19=Covert Virus Infection Destruction 2019.
The question is: who’s destruction?
The controllers of the old system are trying to stay in power by using bioweapons and 5G electromagnetic attacks to kill large portions of the population and force the rest into submission.  The resistance forces are neutralizing the bioweapons and preventing the installation of 5G towers.  In a counter-attack, they are using the ongoing economic disruption to end Khazarian mafia control of the financial system.  So far the white hats appear to be winning.
They are saying Italy now has the most deaths from the pandemic and the entire country is on lockdown.  However, if you look at the data, it shows the average age of the people dying is 80 and 99% of them had one or usually more pre-existing medical conditions.  In other words, all the cabal has working for it, is fear-mongering BS.
Since the Pandemic show and computer graphics may soon stop fooling people MI6 and CIA sources say the next phase will involve “a giant…