OUT OF MIND » THE INSANITY OF REALITY » ILLUMINATI AGENDA & WORLD DOMINATION » Why Did Hundreds Of CEOs Resign Just Before The World Started Going Absolutely Crazy?

Why Did Hundreds Of CEOs Resign Just Before The World Started Going Absolutely Crazy?

Why Did Hundreds Of CEOs Resign Just Before The World Started Going Absolutely Crazy? Fri Mar 27, 2020 9:07 am


Authored by Michael Snyder via The End of The American Dream blog,
In the months prior to the most ferocious stock market crash in history and the eruption of the biggest public health crisis of our generation, we witnessed the biggest exodus of corporate CEOs that we have ever seen.  And as you will see below, corporate insiders also sold off billions of dollars worth of shares in their own companies just before the stock market imploded.  In life, timing can be everything, and sometimes people simply get lucky.  But it does seem odd that so many among the corporate elite would be so exceedingly “lucky” all at the same time.  In this article I am not claiming to know the motivations of any of these individuals, but I am pointing out certain patterns that I believe are worth investigating. 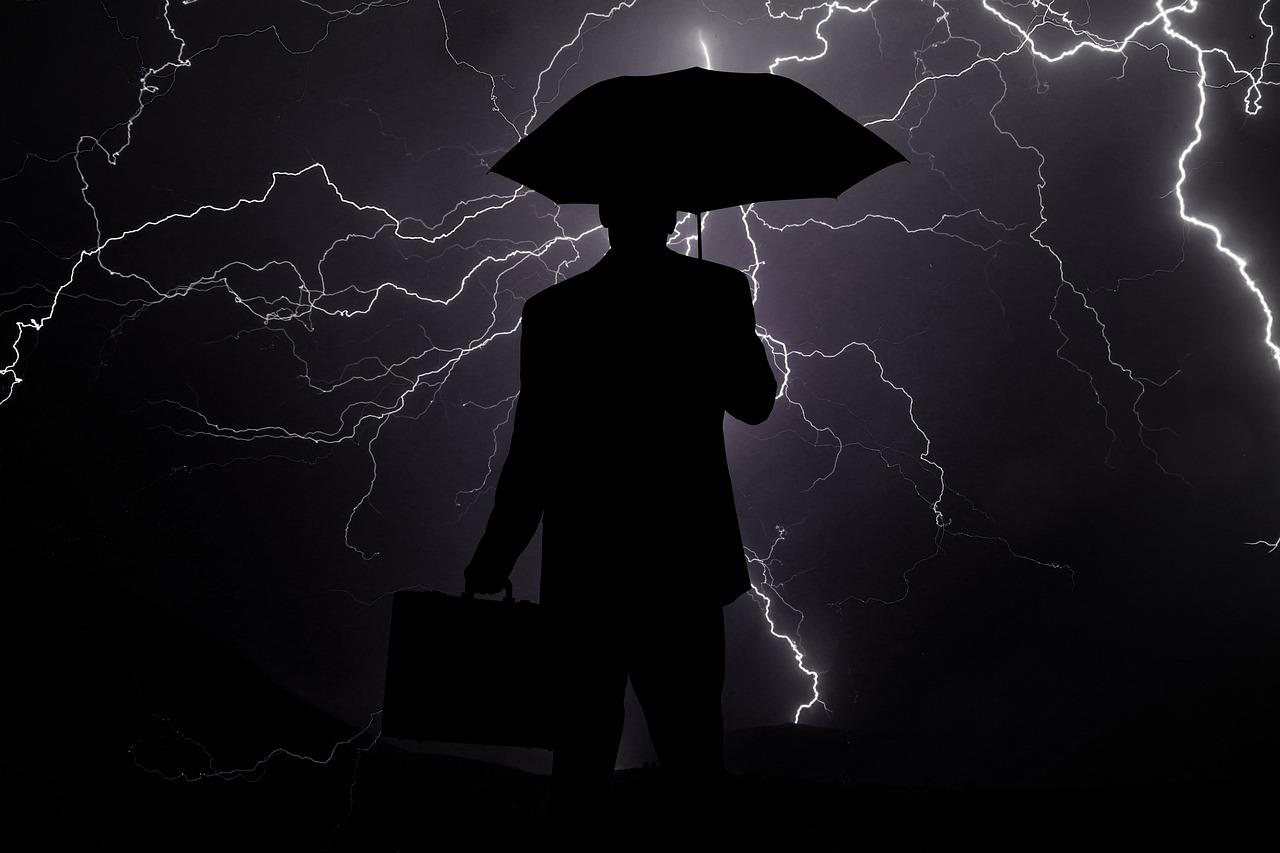 One financial publication is using the phrase “the great CEO exodus” to describe the phenomenon that we have been witnessing.  It all started last year when chief executives started resigning in numbers unlike anything that we have ever seen before.  The following was published by NBC News last November…


Chief executives are leaving in record numbers this year, with more than 1,332 stepping aside in the period from January through the end of October, according to new data released on Wednesday. While it’s not unusual to see CEOs fleeing in the middle of a recession, it is noteworthy to see such a rash of executive exits amid robust corporate earnings and record stock market highs.
Last month, 172 chief executives left their jobs, according to executive placement firm Challenger, Gray & Christmas. It’s the highest monthly number on record, and the year-to-date total outpaces even the wave of executive exits during the financial crisis.

By the end of the year, an all-time record high 1,480 CEOs had left their posts. 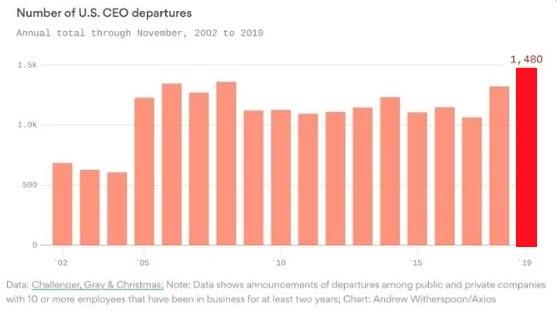 But to most people it seemed like the good times were still rolling at the end of 2019.  Corporate profits were rising and the stock market was setting record high after record high.
Yes, there were lots of signs that the global economy was really slowing down, but most experts were not forecasting an imminent recession.
So why did so many chief executives suddenly decide that it was time to move on?
The following are just a few of the big name CEOs that chose to step down in 2019…

Of course the mass exodus of chief executives did not end there.
In fact, a whopping 219 CEOs stepped down during the month of January 2020 alone.
By then, it was starting to become clear that the coronavirus that was ripping through China could potentially become a major global pandemic, and I certainly can understand why many among the corporate elite would choose to abandon ship at that moment.
Some of these CEOs have made absolutely absurd salaries for many years, and it is much easier to take the money and run than it is to stick around and steer a major corporation through the most difficult global crisis that any of us have ever experienced.
The following are just a few of the well known CEOs that have resigned so far in 2020…

It is important for me to say that I do not have any special insight into the personal motivations of any of these individuals, and every situation is different.
But I do think that it is quite strange that we have seen such an unprecedented corporate exodus at such a critical moment in our history.
Meanwhile, top corporate executives were dumping billions of dollars worth of shares in their own companies just before the market completely cratered.  The following comes from the Wall Street Journal…

via Why Did Hundreds Of CEOs Resign Just Before The World Started Going Absolutely Crazy? | Zero Hedge

Re: Why Did Hundreds Of CEOs Resign Just Before The World Started Going Absolutely Crazy? Sat Mar 28, 2020 8:33 pm

OUT OF MIND » THE INSANITY OF REALITY » ILLUMINATI AGENDA & WORLD DOMINATION » Why Did Hundreds Of CEOs Resign Just Before The World Started Going Absolutely Crazy?