OUT OF MIND » PERCEPTUAL AWARENESS » OTHER DIMENSIONAL » Is There Life After Death? Study Finds A “High Prevalence” of People ‘See’ and ‘Hear’ Dead Loved Ones

Is There Life After Death? Study Finds A “High Prevalence” of People ‘See’ and ‘Hear’ Dead Loved Ones 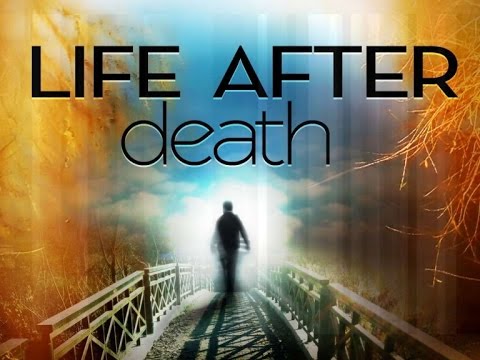 The idea that consciousness exists beyond the physical realm is still greeted with harsh skepticism, but with all of the interesting evidence out there, this shouldn’t be the case. It should actually be studied further with an open mind, but the fact remains that no matter how strong and plausible the evidence is for something, if it upsets and disrupts the current accepted framework of knowledge, it will often be greeted with harsh opposition and ridicule. Countless amounts of ‘sane’ people have had experiences that suggest to them that their loved ones aren’t really ‘gone,’ but are simply in another place, so why do we assume that these are only hallucinations? Why do we instantly jump to that conclusion instead of actually entertaining the idea that there is indeed some sort of life after death, regardless of the fact that we may not be able to fully understand it yet?
https://www.collective-evolution.com/2020/04/01/is-there-life-after-death-study-finds-a-high-prevalence-of-people-see-and-hear-dead-loved-ones/
Thanks to: https://www.collective-evolution.com

Posts : 398
Join date : 2017-04-21
Thanks Purpz for posting this.
I always believed in the continuation of consciousness but I was very skeptical of communication. That has totally changed. The love of my life transitioned in 2017 and contacted me within days to tell me she was ok. She has used feathers, pennies, turning on and off lights, clocks and the radio. communicated through songs, I feel her touch on my left side, I've smelled her perfume, she comes in dreams. Many of the things: feathers, etc I had no familiarity with. I started researching them and was amazed that She was doing stuff from the other side that has been reported by so very many.
She and others guide me and have introduced people and events into my life to guide me.
I use a pendulum to communicate with her on a daily basis and some cards also. Over time our communication methods have evolved, mainly from her guidance, and there are specific techniques  I would happily share if anyone is interested.
i referred to Her as "the love of my life" and I need to reiterate that. Our Love has been the power that has connected us over time and space. Love is the most powerful force. In this time of social distancing we need to be connected and in our hearts and souls and we can be. Masks, gloves and all there is no seperation.

OUT OF MIND » PERCEPTUAL AWARENESS » OTHER DIMENSIONAL » Is There Life After Death? Study Finds A “High Prevalence” of People ‘See’ and ‘Hear’ Dead Loved Ones

» Life After Death? Study Reveals Near-Death Experiences Are Not Hallucinations!
» Life After Death? This is What People Experience As The Brain Shuts Down
» Study of 145 Countries Finds Huge Increase in Death After COVID Jabs
» When the dead come calling - Signs that a deceased loved one is nearby
» Researchers Are Figuring Out Why Some People Can 'Hear' Voices of The Dead