OUT OF MIND » THE INSANITY OF REALITY » FINANCIAL COLLAPSE » The New York Fed, Owned by Multinational Banks, Is Nationalizing Capital Markets

For the first time in the history of the Federal Reserve, it has signed on to a plan with Congress to nationalize the unmanageable debts of global banks and other multinational corporations and put the U.S. taxpayer on the hook for the losses. Conducting the bulk of these programs will be the Federal Reserve Bank of New York, known as the New York Fed, which is a private institution owned by (wait for it) multinational banks.
Because the New York Fed is owned by multinational banks and is allowed to create trillions of dollars out of thin air to conduct bailouts of global banks and multinational corporations since it created this precedent in 2008, it is effectively functioning as a multinational central bank with the Federal Reserve in Washington, D.C. and Fed Chairman Jerome Powell little more than titular props for what’s really going on.
According to the language in the recent stimulus bill (CARES Act) passed by Congress and signed into law by President Trump, together with an interview Fed Chairman Jerome Powell gave to the Today show on March 26, the nationalization of bad debts will work like this: the U.S. Treasury will hand $454 billion of taxpayers’ money to the Federal Reserve. The Fed will, in turn, hand the bulk of this money to the New York Fed. The New York Fed will then create Special Purpose Vehicles (SPVs) using the $454 billion as loss absorbing capital (equity) to leverage its purchases of bad debts to $4.54 trillion. Ostensibly, if debt markets keep sinking and the New York Fed needs to buy up more bad debts from the global banks and multinational corporations, Congress and the U.S. Treasury will put the U.S. into ever deeper debt to oblige our multinational overlords. (Before the last financial crisis, U.S. national debt stood at $11 trillion. It has more than doubled in a dozen years to the current $24 trillion. Much of that growth resulted from fiscal stimulus measures to shore up the U.S. economy that multinational banks on Wall Street destroyed in 2008.)
So far, the Fed has newly announced it will be engaging in outright purchases of corporate bonds in both the primary and secondary markets, exchange traded funds, asset-backed commercial paper along with its ongoing purchases of Treasury securities and agency mortgage-backed securities. It is also making trillions of dollars in revolving loans to multinational trading houses against collateral that includes stocks. (Former Fed Chair Janet Yellen was on CNBC recently advocating for the Fed to consider outright purchases of stocks and junk bonds, effectively nationalizing those markets as well.)
Powell explained the newly hatched plan as follows on the Today show:
“In certain circumstances like the present, we do have the ability to essentially use our emergency lending authorities and the only limit on that will be how much backstop we get from the Treasury Department. We’re required to get full security for our loans so that we don’t lose money. So the Treasury puts up money as we estimate what the losses might be…Effectively $1 of loss absorption of backstop from Treasury is enough to support $10 of loans.”
Some writers have suggested that this amounts to the U.S. Treasury taking over the Fed. But according to the text of the stimulus bill, the Treasury is simply the provider of the taxpayer cash to the Fed. And as we can see by the contracts now being drawn up by the New York Fed to hire Wall Street firms to manage these programs, the contracts are being signed solely by the New York Fed and the Wall Street firms. (See Icahn Called BlackRock “An Extremely Dangerous Company”; the Fed Has Chosen It to Manage Its Corporate Bond Bailout Programs.)

Re: The New York Fed, Owned by Multinational Banks, Is Nationalizing Capital Markets Sat Apr 11, 2020 8:31 am

Admin
Posts : 108328
Join date : 2012-01-04
Location : Woodstock Nation
Even as the privately owned Federal Reserve is projecting a depression that will make the Grapes of Wrath look like a vacation brochure, it relentlessly continues to lard toxic assets--assets that in the good old days fueled bonus pools larger than many countries, not one penny of which went to the public--onto its balance sheet. Once Mega Depression inevitably wipes those assets out, guess who gets to eat all the losses? Yeah, you do. That's the entire point of our privately owned and operated monetary system, rube--so your life can attain significance through your service as runway foam for your betters to land their jets on once their airborne coke-and-credit orgies invariably return to the ground.

Re: The New York Fed, Owned by Multinational Banks, Is Nationalizing Capital Markets Sat Apr 11, 2020 10:50 am

Re: The New York Fed, Owned by Multinational Banks, Is Nationalizing Capital Markets Sat Apr 11, 2020 11:37 am

Admin
Posts : 108328
Join date : 2012-01-04
Location : Woodstock Nation
We are already enslaved.. I think we always have been. We only have the illusion of freedom because that was the verbage in the programming. 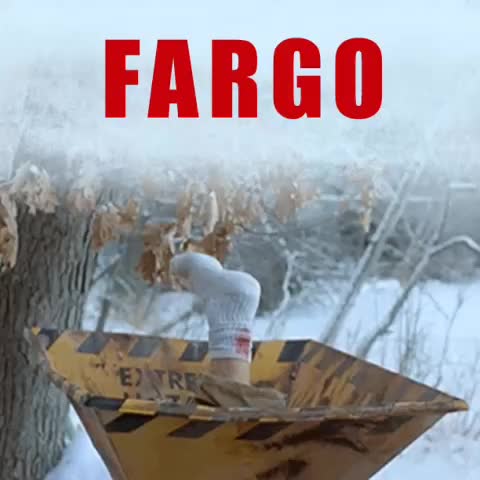 OUT OF MIND » THE INSANITY OF REALITY » FINANCIAL COLLAPSE » The New York Fed, Owned by Multinational Banks, Is Nationalizing Capital Markets