OUT OF MIND » THE INSANITY OF REALITY » ILLUMINATI AGENDA & WORLD DOMINATION » Our Plan vs. His Plan – Ole Dammegard

Our Plan vs. His Plan – Ole Dammegard 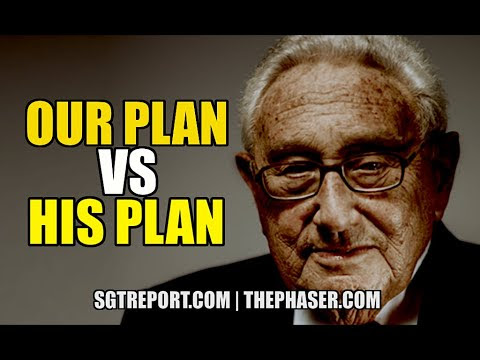 Our Plan vs. His Plan – Ole Dammegard


Ole Dammegard, Danish independent researcher joins Sean at the SGT Report to discuss the unprecedented, surreal situation in which most of us in the world find ourselves today.
Now in his 27th day of lockdown in southern Spain, where Ole’s been based for over 20 years, the military police are in full control and people there are subject to a 1,500 euro fine for leaving their homes if they don’t have grocery store receipts to prove where they’ve been.
He feels we’re either on the brink of the most nightmarish New World Order Scenario or something really, really amazing. In all his years, he’s never seen so much bewilderment among his fellow independent researchers. This lockdown will either become the permanent New World Order or there are mass-arrests being made of Deep State criminals and their overlords, the central banker cabal.
The first we see in the mainstream media, where people like Bill Gates and Anthony Fauci tell us that there will be no “normalcy” until the release of a vaccine for COVID-19 plus an RFID tattoo that tracks your every move.
The second, he says we would see during an imminent shutdown of the Internet, which he says will be primarily to stop the illegal cabal financial transactions, to starve them out, followed by a reboot of the global financial system, backed by gold, although like everyone else, he has zero evidence to support the rumor.
Also like many others, Ole believes the pandemic was supposed to be way worse than what we’re seeing. Last year, Ole became aware of 9/11-style operation, only much more massive called Operation Sea Eagle to take place under the guise of disaster drills on October 23th-24th. Unless exposed, it would have seen attacks on two nuclear plants in Sweden and 39 targets in five EU cities, including London, Manchester, Barcelona, Paris and Rotterdam for the purpose of disrupting the many movements seeking to exit from the EU.
Ole believes that the Event201 drill held during the same period in New York City (and the 2019 World Military Games simultaneously held in Wuhan, China) sponsored by Michael Bloomberg, Bill Gates and he World Economic Forum was a related drill driven by the same Globalist dream of a One World Government, as proposed in an OpEd by Henry Kissinger a week ago.

OUT OF MIND » THE INSANITY OF REALITY » ILLUMINATI AGENDA & WORLD DOMINATION » Our Plan vs. His Plan – Ole Dammegard