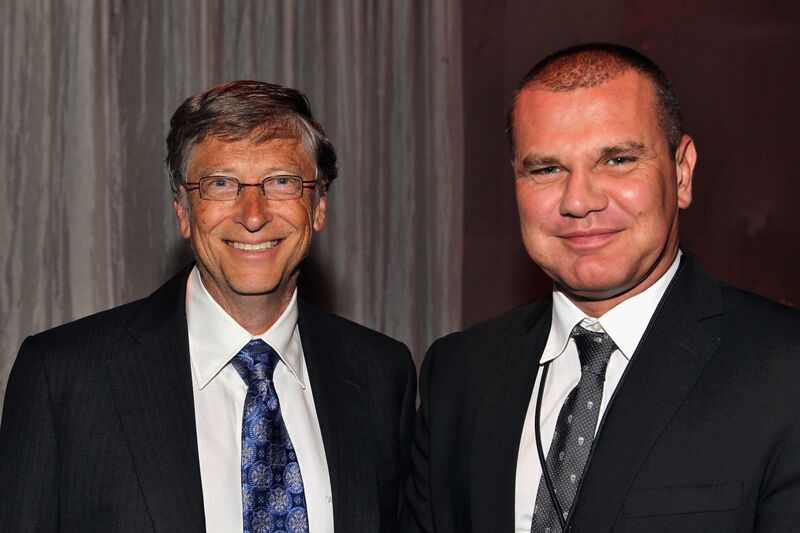 Jeffrey Epstein had very few people he could turn to in his final days. When he needed a backup to handle his estate, he named a little-known biotech venture capitalist named Boris Nikolic in his will. But apparently without Nikolic’s knowledge.
Nikolic said he was “shocked” after hearing from Bloomberg News of his inclusion in Epstein’s will. “I was not consulted in these matters and I have no intent to fulfill these duties, whatsoever,” according to a statement provided by his spokeswoman.
A former science adviser to Bill Gates, Nikolic was part of a circle of scientists whom Epstein cultivated in recent years, especially in biotechnology. He was an immunologist who did his post-doctoral work at Harvard, moving in a well-connected social and academic world that Epstein coveted as a wealth manager.
Epstein transferred his assets, valued at $578 million, to a trust just two days before he hanged himself alone in his cell as guards reportedly slept. The transfer obscures details about where his money will go and may make it harder for his alleged victims to recover potential damages. Nikolic is named a “successor executor,” meaning he would take control of Epstein’s estate if the named executors, Darren K. Indyke and Richard D. Kahn, can’t fulfill their roles.
Epstein was a convicted pedophile who was arrested last month after his private jet arrived in New Jersey on a return from Paris and charged with sex trafficking teenage girls. After that, many of his known associates distanced themselves from him in public statements.
Nickolic is a new name on a long roster of Epstein associates. Over the years, Epstein surrounded himself with celebrities, business executives and politicians — including Ehud Barak of Israel and former U.S. President Bill Clinton — while cultivating the image of a moneyed philanthropist.
Not much is known about Epstein and Nikolic’s relationship and Nikolic said they had no business ties and Epstein didn’t invest in his funds. But both men were clients of the private bank at JPMorgan Chase & Co. As far back as the 1990s, Epstein was known within the bank as a “center of influence,” according to several people familiar with his status. That referred to his ability to help bankers attract lucrative new clients.
Nikolic, 49, would have been such a prospect. After leaving Gates in 2014, he funded more than a dozen firms in gene editing and other health technologies. A prospectus for a successful public offering of one of those gene companies, Editas Medicine Inc., said he controlled a stake worth $42 million. Nikolic waxed enthusiastic about Epstein’s financial advice in discussions with private bankers leading up to the Editas offering, according to one person familiar with the matter. JPMorgan, which didn’t immediately respond to requests for comment, was co-underwriter on the deal.
Nikolic was part of a broad network that overlapped with Epstein’s, said his spokeswoman, Carin Canale-Theakston.
Epstein’s enthusiasm for scientific endeavors and high-profile researchers has been well-documented. He was hosted at Harvard as recently as 2014 by George Church, a biologist who oversees the Harvard Human Genome Project, according to online calendars. Epstein provided funding to the project.
Church founded eGenesis, to develop synthetic organs, as well as Editas. Both firms received early investments from Biomatics Capital, where Nikolic is one of two managing directors. Biomatics, which is based in Boston and Seattle, is run by several former staffers from the Gates Foundation and Gates Ventures.
Church, who didn’t respond to requests for comment, offered a public apology this month for “poor awareness and judgment” in dealing with Epstein. A Gates spokeswoman, Bridgitt Arnold, said that Epstein didn’t provide any services to Gates.
MORE:

(Updates from top with statement from Nikolic representative.)