President Trump on Wednesday said data suggests the US has "passed the peak" of the coronavirus outbreak and accused New York of padding its numbers by adding over 3,700 presumed victims to their coronavirus death toll in one day.

From CNBC, "Trump says US has 'passed the peak' of coronavirus outbreak":

President Donald Trump said the U.S. has “passed the peak” of the coronavirus outbreak, which has infected more than 632,000 people in America.

“While we must remain vigilant, it is clear that our aggressive strategy is working,” Trump said at a White House news briefing with coronavirus task force on Wednesday. “The battle continues, but the data suggests that nationwide we have passed the peak on new cases.”

Trump said new cases are “declining” in New York, which has more confirmed cases than any country outside the U.S. He added that cases are “flat” in Denver and Detroit, while other cities including Baltimore and Philadelphia “are showing great signs of success.”

“Some states are looking at other states and they’re saying I can’t imagine what they’re going through because they’re not in that position. They’re in very good shape,” he said. “I would say that we have 20 states, at least, but you really have 29 that are in extremely good shape. You have others that are getting much better.”

“I see this morning where New York added 3,000 [sic] deaths because they died. Rather than [a] heart attack, they say heart attack caused by this,” he said during the daily briefing of the Coronavirus Task Force, referring to COVID-19.

Responding to a question about the staggering US death toll, which topped 27,000 Wednesday, the president suggested that the Big Apple added the new deaths to the tally “just in case” the victims had the virus.

“If you look at it, that is it. Everything we have is documented and reported great. What they are doing is just in case — that is OK. We have more cases because we do more reporting.”

There's been a lot of promising data suggesting the curve flattened but it's still up in the air whether it will spread again when the quarantines are lifted.

I don't know whether there was any foul play involved with New York boosting its death toll but it's certainly not very scientific. It should be noted the jump in some of the deaths charts out there should not be there as these 3,700 deaths occurred over around three weeks time.


Breaking News: New York City’s coronavirus death toll soared past 10,000 after officials added more than 3,700 people who had never tested positive for the virus but were presumed to have died of it. https://t.co/NXpgwwltWi
— The New York Times (@nytimes) April 14, 2020

As the full scale of the economic devastation becomes clear over the next few weeks and months there's no question politicians are going to be looking to portray themselves as saviors who saved us from mass death as opposed to buffoons who downplayed the virus and encouraged its spread in the name of "fighting racism." 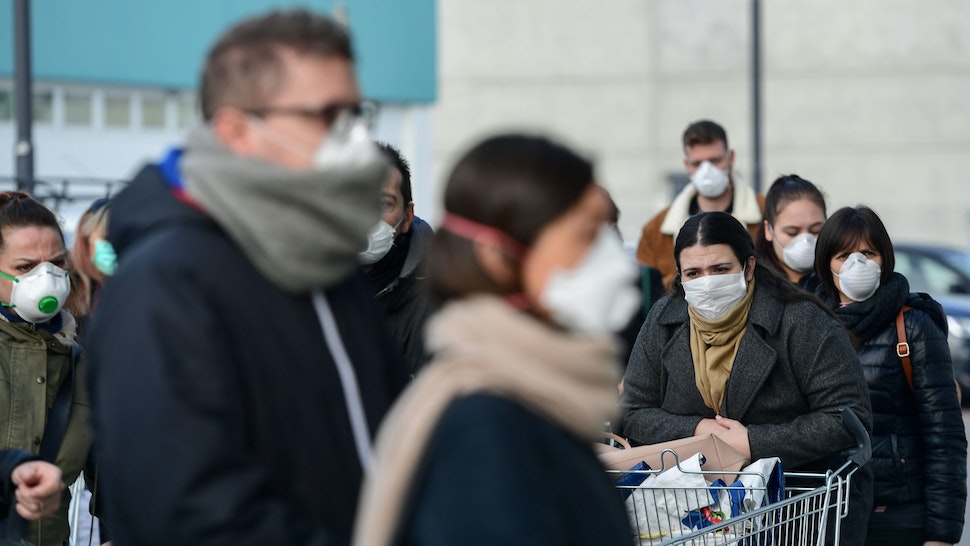 Source:  Frank Camp
On Wednesday, during a COVID-19 press briefing, Maryland Governor Larry Hogan announced an executive order requiring citizens of the state to wear face masks or coverings while out in various public locations.
Violation of the order could be punishable with a hefty fine or even prison time, according to the text.
The order states that “a person who knowingly and willfully violates this Order is guilty of a misdemeanor and on conviction is subject to imprisonment not exceeding one year or a fine not exceeding $5,000 or both.”


Today I enacted an executive order which will require the wearing of masks or face coverings when inside any retail establishments, including grocery stores and pharmacies, or when riding any form of public transportation in Maryland, effective Saturday, April 18, at 7 a.m. 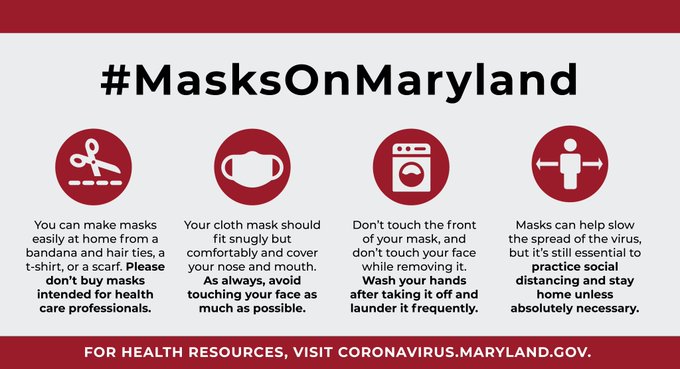 During the briefing, Governor Hogan stated in part:

A few moments ago, I signed an executive order which will require the wearing of masks or face coverings when inside any retail establishments, including grocery stores, pharmacies, and convenience stores, or when riding on any form of public transportation in Maryland. It also requires all essential retail locations to require their staff to wear face coverings and requires those businesses to put into place appropriate social distancing measures in order to keep their customers and their staff safe. To give these retailers time to make these adjustments, this order will go into effect beginning Saturday at 7 a.m.