Halt Infectious Disease, Cancer and Much More With a $3 Remedy 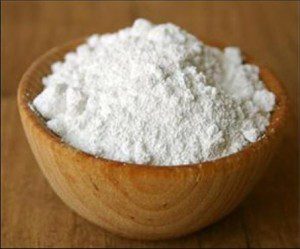 9th November 2012
By Carolanne Wright
Guest Writer for Wake Up World
Baking
soda (sodium bicarbonate) is an extraordinary natural remedy. This
economical and common powder has a wide range of healing possibilities:
acne, cancer, colds, influenza, acid reflux — the list goes on and on.
And don’t forget about all the great uses around the house as well.
Priced around $3 for a large box, baking soda just might be that readily
available and cost effective miracle everyone has been looking for.
The connection between fungus and cancer

The ground
breaking work of Mark Sircus, Ac., OMD and Dr. Simonchini, an
oncologist in Rome, Italy, has shown the tremendous potential of sodium
bicarbonate. Dr. Simonchini originally made the connection between
fungal infections and cancer proliferation. He realized that when a
tumor was flushed with baking soda
(which is anti-fungal), it shrank and completely disappeared within
days. Mark Sircus takes this idea one step further, believing that
baking soda can be ingested as well with remarkable results. Sircus
feels that cancer
is a complex disease and healing goes beyond simply targeting the tumor
— the body needs to be brought into harmony with breathing techniques,
exercise, sun exposure and massage along with bicarbonate therapy. A
striking example of success is Vernon Johnston who cured stage IV
prostate cancer with this protocol. His story can be found here.


Protect against colds and influenza

Cancer
is not the only ailment that is healed by baking soda. Contagious
illnesses like colds and influenza also respond well to sodium
bicarbonate. In 1922, a small booklet was published extolling the
healing virtues of this simple powder. Edward R. Hays, MD said at the
time:
“In 1918 and 1919 while
fighting the ‘Flu’ with the U. S. Public Health Service it was brought
to my attention that rarely any one who had been thoroughly alkalinized
with bicarbonate of soda contracted the disease, and those who did
contract it, if alkalinized early, would invariably have mild attacks. I
have since that time treated all cases of ‘Cold,’ Influenza and
LaGrippe by first giving generous doses of Bicarbonate of Soda, and in
many, many instances within 36 hours the symptoms would have entirely
abated.”
Recommended dosage for colds and influenza:
On
the first day, consume a total of six doses of half a teaspoon
of baking soda in one cup of water. Take at two hour intervals.
Continue the same protocol on the second day, but reduce to four doses.
On the third day, consume only two doses — one in the morning and another at night.
Continue thereafter with one dose in the morning until illness is cured.
Additional benefits

About the Author
Carolanne enthusiastically believes if we want to see change in the
world, we need to be the change. As a nutritionist, natural foods chef
and wellness coach, Carolanne has encouraged others to embrace a healthy
lifestyle of organic living, gratefulness and joyful orientation for
over 13 years. Through her website Thrive-Living.net she
looks forward to connecting with other like-minded people from around
the world who share a similar vision. Follow Carolanne on Twitter
Please note this article was first published on Natural News

aND YOUR bLOOD WILL BE ALKALINE ... NOT ACIDY

a Doctor can not say this without not getting into trouble