» Power Line being hit by lightning in China or was it a UFO?

» At least 1,200 disappearances reported across Latin American country since the start of coronavirus pandemic in March.


Intriguing anomaly found on Saturn’s moon Enceladus, which looks like a huge structure of some kind, as a point of note, Saturn has 62 confirmed moons of which 9 are waiting to be officially named. 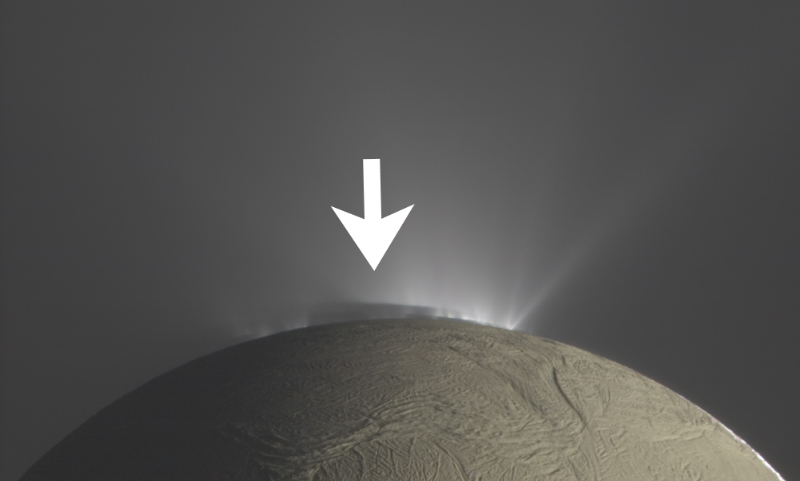 As you can see in the official Cassini probe image, rows of plumes are seen rising from the ice fractures on the surface, and they appear to highlight a huge anomaly, and some have theorized this could be a building or ship.

Enceladus is a small moon with an ocean of liquid water beneath its icy crust which contains hydrogen. Scientists believe that there are hydrothermal chemical reactions similar to those that occur at hot fissures on the ocean floor on Earth.

Hydrothermal vents thrive with microbial life, offering up the potential that Enceladus could be habitable and thriving with alien life.

I don't believe this is a trick of light, the anomaly is real but we can only theorize what it actually is.

It is possible the image we are looking at is not the real Enceladus at all, but a model, and the images were taken in a studio and what we are seeing is a shadow of something projected onto the wall behind.

NASA has allegedly been caught numerous times manipulating or faking images, most notably from the Apollo missions, and its feasible to assume that if they are indeed faking images then there must be a reason behind it, but what are they are not telling us?

A Funny Thing Happened on the Way to the Moon

Was it only a Paper Moon - James Collier - LEM Analysis