Source:  Deborah Franklin
On April 10, an underground documentary with no publicity landed on YouTube and amassed one million views in 24 hours. Despite YouTube’s efforts to hide it, Out of Shadows continues to attract more than a million viewers a day, lifting the mask “on how the mainstream media and Hollywood manipulate and control the masses by spreading propaganda throughout their content.”
“Why do you believe what you believe?” asks Mike Smith, a former star stuntman for Hollywood action films, who produced and self-funded the film. Mike tells the story of how he began delving into the messages of the high-budget films he worked on, after an injury sidelined him. To his shock, he discovered that “we have all been lied to and brainwashed by a hidden enemy with a sinister agenda.”
Mike’s investigation revealed a host of CIA programs he sees as designed to control the public’s beliefs and deflect attention from massive governmental crimes. With the help of Kevin Shipp, a CIA whistleblower, and fellow star stuntman Brad Martin, Mike leads viewers through a labyrinth of horrifying CIA programs that wage psyops (psychological operations) against the American people.
These programs date back to World War II, when the CIA’s precursor injected fake stories into a compliant press. Operation Mockingbird continues today, according to Shipp.  Its task of controlling what the public thinks is now easier, thanks to the media’s consolidation into six mega-corporations. After the war, the CIA’s Operation Paperclip brought top Nazi scientists to the United States. The story of Nazi missile scientists working for NASA is well-known. However, the public is unaware of the Nazi doctors who were paid by the CIA to conduct medical experiments on humans in the United States. These experiments led to Project MK-Ultra, a systematic method of torturing people (especially children) with the stated goal of “controlling an individual to the point where he will do our bidding against his will – and even against such fundamental laws of nature as self-preservation.”
Within hours of Out of Shadows appearing on YouTube, Q posted high praise of it, calling it “best documentary of the year.” Q’s post undoubtedly contributed to the huge surge of people watching, sharing, and commenting on the film. The millions of people who follow Q resonate with the film’s theme. They understand the necessity of breaking through fake narratives imposed by a criminal elite, in order to find the truth. (Note: If you are new to Q, please read my articles “An Introduction to Q” and “Q: The Silent War Continues.”)
A leading Q analyst appears in the film to tell the devastating personal consequences of her investigations into these matters. Liz Crokin was a longtime respected journalist until she began probing into the Podesta emails. She suffered professional ostracism, harassment and stalking, and speaks to us from an undisclosed location.
Liz shares her insights into the Podesta emails, which she says contain weirdly coded communications between John Podesta, former Chief of Staff to President Clinton and chairman of Hillary Clinton’s presidential campaign, and other powerful people. Examples: “The realtor found a handkerchief (I think it has a map that seems pizza-related. Is it yours?) and “I think Obama spent $65,000 of the tax-payers money flying in pizza/dogs from Chicago for a private party at the White House not long ago, assume we are using the same channels?”
Online sleuths discovered that these strange wordings matched code language used by pedophiles. They also noticed that leading businesses, non-profits, and entertainment programs used designs that the FBI states are pedophile code symbols. The media managed to successfully divert attention from these important topics, and to mock and humiliate anyone who attempted to learn more about the elite’s involvement with children.
Out of Shadows shines much-needed light on the darkness that permeates pop culture, targeting young people and desensitizing them to grotesque violence. Why does Katy Perry make music videos like Bon Appetit (almost 900 million views), which “celebrates” cannibalism? Why does teen favorite Billie Eilish make videos like “All The Good Girls Go To Hell,” promoting demonic abuse and destruction? Why doesn’t the media promote stories that uplift and unify us?
In the past, the media could dispel the public’s curiosity about uncomfortable topics by labeling them “conspiracy theories.” In fact, as the film explains, the term “conspiracy theory” was invented by the CIA to ward off investigations that dug too deeply into President Kennedy’s assassination.
However, times are changing, and these bully tactics may no longer work. The life-or-death issues posed by the corona virus have lent new urgency to the public’s complex task of figuring out whom we can trust. The instant success of Out of Shadows indicates that the public is ready to learn the elite’s darkest secrets.
Another sign of the public’s growing disillusionment with the media is the surprise success of Hoaxed, Mike Cernovich’s documentary about fake news, whose theme is “Everything they told you is a lie.” Amazon recently deleted Hoaxed with no explanation, and even removed it from the devices of people who had purchased it. Yet, Hoaxed surged into the best-seller lists, and is now the second best-selling documentary of all time.
And, in a hopeful development, the public just won a massive revolt against Microsoft, after it debuted an ad featuring Marina Abramovic, an “artist” specializing in Satanic rituals. Out of Shadows examines Abramovic, who appears in the Podesta emails hosting “spirit cooking” dinners, and who routinely presides over cannibal-themed gatherings for Hollywood celebrities. The blowback against Abramovic’s ad was so disastrous that Microsoft deleted it the next day.
Out of Shadows ends with the thought-provoking maxim, “The truth is learned, never told.” If we’re going to get through this difficult time, we’ll need to penetrate the lies and unveil the truth. As Q recently urged us, “Think for yourself. Trust yourself.” 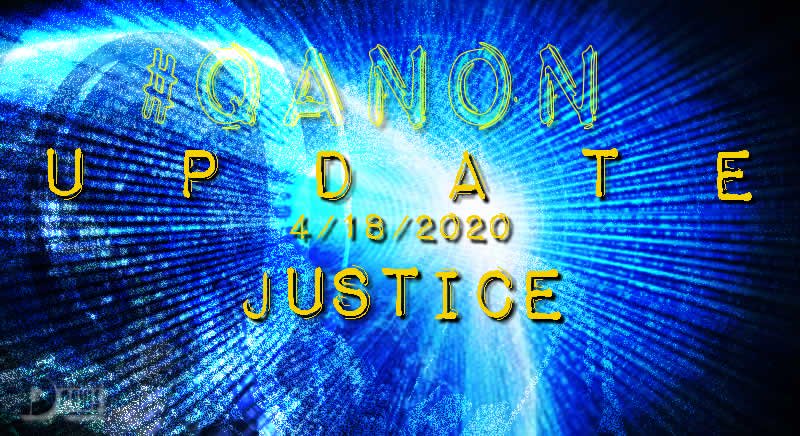