OUT OF MIND » CHANGING ENVIRONMENT & NATURE » NEW TECH FOR A HEALTHY PLANET » New Technology: It’s All About to Change, Controlled No More: Zach Vorhies

New Technology: It’s All About to Change, Controlled No More: Zach Vorhies 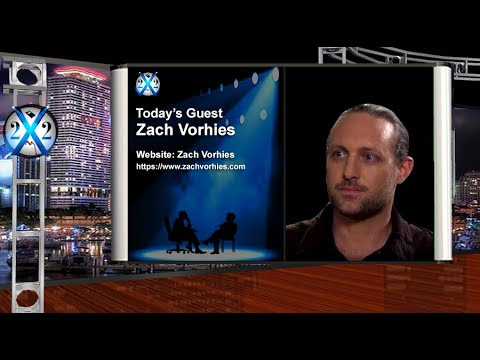 New Technology: It’s All About to Change, Controlled No More: Zach Vorhies

For centuries, our primary energy source has been hydrocarbon-based, and since the 19th century, most of that has been in the form of petroleum. In 1975, the US dollar was cemented as the world’s main reserve currency with the establishment of OPEC and the petrodollar system, which obliged the main petroleum-producing countries to accept payment for their oil in USD and to invest their surplus oil proceeds in US government debt securities.

Many believe that the true motive for the Iraq War was because Saddam Hussein converted all of Iraq’s oil transactions in the Oil for Food Program to euros and that the Deep State-controlled Bush Administration sought to maintain the USD as the international reserve currency and to block a more widespread adoption of the euro as an oil-pricing standard. After the US’ 2003 invasion, Iraq returned the denomination of its oil sales to the US dollar, despite the dollar’s decreased value.
Yet today, the fact that China, Venezuela and Iran freely bypass the USD in their oil transactions without triggering similar reprisals indicates that the dollar is no longer worth defending and that its status as the world’s reserve currency is coming to end. Perhaps more importantly, it indicates that petroleum as a primary energy source is coming to an end. At the fire sale price points we’ve been seeing for the stuff, it will no longer be worth it to take it out of the ground.

Many of us are aware that there are alternative energy technologies that have been actively suppressed to maintain the global economic control system and energy paradigm. This interview with Zach Vorhies gives us a glimpse at how the Deep State operates in this arena today. With the fresh eyes we now have from the Great Awakening, after being brutalized for four years by the political – and now biowarfare – antics of the Deep State, we can really see it in the suppression of all-important clean, cheap energy technologies.
Zach Vorhies, who was a Senior Engineer at Google-YouTube for 8 years is back on the X22’s Spotlight to talk about the dawn of widely-available clean, cheap energy within the next decade. The topic of cold fusion hit his radar while he was working at YouTube and he saw that Google executives, including current CEO, Sundar Pichai lied to Congress when they denied blacklisting any websites. Vorhies had seen in Google’s corporate intranet that several websites were blacklisted in the wake of the Las Vegas shooting. One site however, had nothing to do with the Las Vegas Massacre, Andrea Rossi’s independent cold fusion website, E-Catworld.com, about which FKTV published about a few times, back in 2011.
Further digging led Vorhies to the discovery that Google had their own secret cold fusion laboratory, which has since been made public. So, not only has Google been blacklisting businesses that are competitors of their strategic ventures, they’ve been actively suppressing vital information about an important alternative energy technology, while attempting to develop it as their own intellectual property.
Zach tells of arranging to meet with the head of Google’s cold fusion lab to make an introduction to Rossi, only to be met with a total psychopath, an executive from a cryptocurrency company that Google had acquired who was heir to an old railroad fortune and a Rockefeller crony. A more classic Deep Stater could be scarcely imaginable.
Zach has since become an avid follower of Ken Wheeler, who has further developed Nikola Tesla’s Aethereal Mechanics (explained in more detail in the interview transcript below) and developed SunCell

. Well, this company isn’t just about a cold fusion device, it’s also about a new fundamental theory of physics that will replace Quantum Mechanics and it doesn’t rely at all on the Standard Model.
In fact, it goes back to the Tesla Aethereal Mechanics, in order to explain how it works. And what’s interesting is that this new device, this Brilliant Light Power SunCell

Posts : 16
Join date : 2020-05-01
Age : 98
Location : australia
Different ways of alternative energy sources have been systematically suppressed ever since Tesla first offered his plans for Free energy. It has not stopped the use in the secret underground research centers of the military for a space navy, with antigravity for warplanes. The withholding of the latter is inexcusable as our aircraft may crash without it.

OUT OF MIND » CHANGING ENVIRONMENT & NATURE » NEW TECH FOR A HEALTHY PLANET » New Technology: It’s All About to Change, Controlled No More: Zach Vorhies