OUT OF MIND » BREAKING NEWS & HOT TOPICS » THE GREAT DIE OFF » IT BEGINS: Republican Governors Announce Major Moves To Reopen Economy As Early As Friday 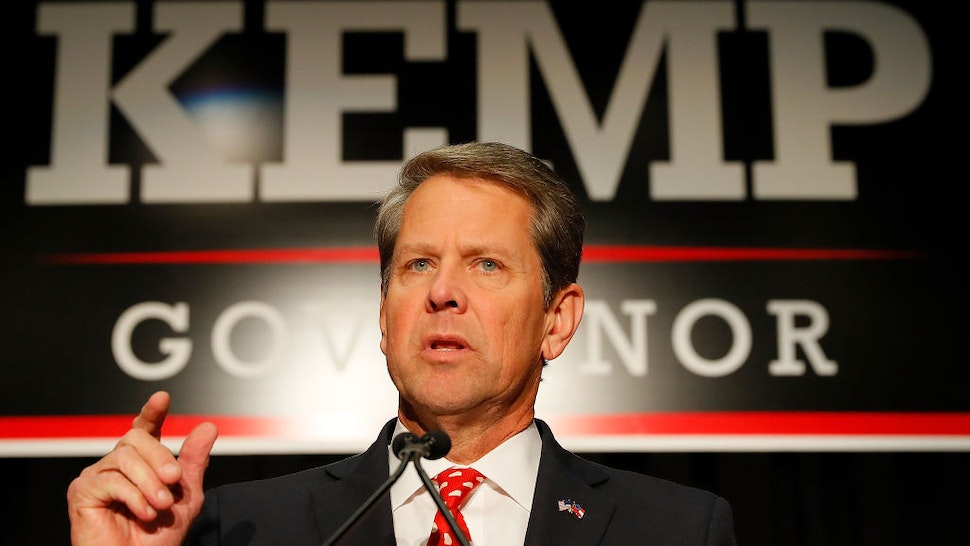 In Georgia, fitness centers, beauty shops, and other businesses are eligible to reopen starting on Friday, while Tennessee will see its stay-at-home order expire on April 30.
“The current White House criteria to reopen America includes three phases, and Kemp said that the state was ‘on track to meet the criteria for Phase One’ by having adequate testing, hospital capacity, and contact tracing of the virus,” Fox 5 Atlanta reported Monday.
In order to meet the federal threshold of “phase one” in reopening, Gov. Kemp said the state of Georgia will be partnering with Georgia Health system to “double down” on testing, according to the report.
“Testing defines the battlefield and aids our long term strategy,” the Republican noted.

With COVID-19 under control in Georgia, the state will be allowed to resume elective surgeries, and “gyms, fitness centers, bowling alleys, beauty shops and salons, barbershops, body art studios, and more would be able to open Friday, April 24,” reported Fox 5 Atlanta.
The businesses will be reopening with new guidance, allowing additional sanitation measures and social distancing, for example.

By April 27, said Kemp, movie theaters and dine-in restaurants will be allowed to reopen, again, with social distancing measures.
“By taking this measured action, we will get Georgians back to work safey, without undermining the progress we all have made in this battle against COVID-19,” the governor said. “Today’s announcement is a small step forward and should be treated as such.”

“Georgians who are small business owners, those people have good common sense and we’re trusting them to use it, but if they abuse it, we will take further action,” Kemp added. “But I believe they can do it as part of this measured approach.”
In Tennessee, residents will see Gov. Lee’s stay-at-home order, dubbed “Safer at Home,” expire at the end of the month, “allowing the ‘vast majority’ of businesses in Tennessee to reopen beginning Friday, May 1,” reported WBIR.
“Our Economic Recovery Group is working with industry leaders around the clock so that some businesses can open as soon as Monday, April 27,” Gov. Lee said. “These businesses will open according to specific guidance that we will provide in accordance with state and national experts in both medicine and business.”
The governor will be working with several county leaders and their health departments to “plan re-opening strategies,” the report noted.
“While I am not extending the safer at home order past the end of April, we are working directly with our major metropolitan areas to ensure they are in a position to reopen as soon and safely as possible,” Lee said. “Social distancing works, and as we open up our economy it will be more important than ever that we keep social distancing as lives and livelihoods depend on it.”
On April 24, state parks will be allowed to begin reopening in phases, the Republican said at a Monday briefing.
“Mayors from Tennessee’s four largest metropolitan areas, including Knoxville, said last week they formed a task force of health and business professionals that will guide the phased reopening process,” WBIR reported. “The task force will begin meeting this week, saying they will publicly announce their initial discussions, findings, and action steps.”
The governor emphasized that maintaining social distancing will be vital while the state reopens the economy.
“The only way we can do that is if Tennesseans remained committed in social distancing,” he said. “It will be lifted as a mandate, but not as something necessary for us to participate in.”

OUT OF MIND » BREAKING NEWS & HOT TOPICS » THE GREAT DIE OFF » IT BEGINS: Republican Governors Announce Major Moves To Reopen Economy As Early As Friday