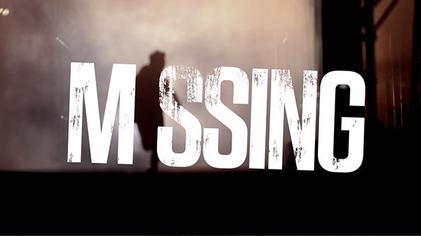 Olympic National Park Disappearances: https://www.youtube.com/watch?v=qYEvM... ► According to the International Union for Conservation of Nature there are more than 4,000 national parks around the world. In the U.S alone, it’s estimated that 270 million people visit their park system each year. In more recent times, many of the parks have have been examined under a closer lens as a result of increasing interest in the disappearances that take place on their soil. If you listen to David Paulides and other researchers who have a vested interest in the topic, something that comes up a lot is that there seems to be a lot of activity and interest on the front end, in terms of reporting on the case; the back end however, in contrast, is where it starts to fall apart with some wanting the case to be swept under the rug and hidden from view. Anecdotally, I think that that assessment is correct, I have come across disappearances in the past where certain parks have vowed to never give up the search, only for it to be shelved and never spoken about again a short time afterwards. Sometimes actually, it’s even worse than that where the official search concludes, but families and other agencies want to continue on, even finding ways to finance their own helicopter searches, which are then refused entry into the park. The coroner often concludes that the passing was highly probable as being caused by hypothermia, but sometimes don’t mention the circumstances leading up to the passing, or struggles to explain why certain actions were taken. Interesting to note here is that sometimes when lucky, the searchers speak to the press and share their insights. They too on occasion, will make a note of how they thought something was odd about the whole situation. I recall one young boy going missing in the Olympic National park, which I’ll leave a link to in the description below, the searchers spoke of finding lone, intermittent foot prints that they believed were the boys. After the find, the expectation was that he would be found in a timely manner, but after an intensive search lasting weeks there was no further trace of him. One obvious seeming conclusion often pops up, that is that the missing must have come into contact with a wild animal and therefore animal predation must have taken place. Only, when you listen to search and rescue personnel speak on this, they’ll often tell you that such a circumstance is quite obvious as to put things as mildly as possible, there is often a scatter and many clues are left behind. In other instances, professional trackers are brought in to help and they too don’t make a lot of progress. Once the authorities are involved, even when it isn’t said outright, sometimes there is an air of suspicion in regards to the missing being taken by a third party. However, in these very specific kinds of disappearance no clues are ever found to point in that direction other than the fact that the missing cannot be located and search dogs are unable to find a scent. Perhaps indicating that the missing is not in the area any more, or alternatively may have strayed into an area that has lessened the scent for one reason or another. Mount Rainier National Park: Strange and Unexplained Disappearances