The Latest On The Prosecution & Attempted Extradition of Julian Assange

The Latest On The Prosecution & Attempted Extradition of Julian Assange Sat Apr 25, 2020 1:41 pm

The Latest On The Prosecution & Attempted Extradition of Julian Assange 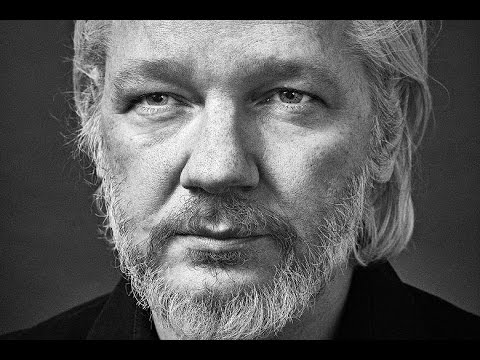 The amount of censorship of information on our planet at the moment is staggering. To be honest, the censorship along with the manipulation of peoples perception with regards to global events really took off prior to the cold war. Our world was full of propaganda then, and it’s full of propaganda now. Only today, we have seen the emergence of an Orwellian type “fact checker” that’s going around the internet and social media deleting any evidence and information that seems to contradict mainstream media narratives.
The deletion, censorship and ‘flagging’ of information is unprecedented, and when it comes to the coronavirus specifically, social media giants are now hinting to the idea that they will censor, flag or even ban information that does not come directly from the World Health Organization (WHO) or government health authorities. One of the latest examples comes from Vimeo, they deleted a documentary called “trustWHO” which explores the influence that the pharmaceutical industry, among others, has on the WHO. You can read more about that here. If you’re interested in Wikileaks documents exposing the same type of corruption within the WHO, you can access those links within another article I recently published, here.
When it comes to Julian Assange, most of the world knows why they hunted him, and why he’s been treated the way he’s been treated and tortured in prison. The same goes for people like Edward Snowden, it’s because they expose lies, corruption, deceit, immoral and unethical actions that their own governments, as well as governments around the world have participated in. He exposed these characteristics that seem to represents the backbone of the Western military alliance and the American empire. He exposed, in the words of John F. Hylan, former Mayor of New York City, the “real menace of the Republic”, the “invisible government, which like a giant octopus sprawls its slimy legs over our cities, states and nation.” He exposed the ones “who virtually run the United States government for their own selfish purposes.” (source)(+seizes+our+executive+officers%2C+legislative+bodies%2C+schools%2C+courts%2C+newspapers+and+every+agency+created+for+the+public+protection]source)
Transparency is what Julian Assange is all about, and the American empire, more so the global empire, has been desperate to keep its secrets and prosecute anyone or anything that threatens this transparency.In order for this empire to justify the invasion and infiltration of other countries, it must attempt to justify their actions, creating an “enemy” on the other side. Wikileaks exposed the US government, and other government connections to terrorist organizations, creating them, funding them and even arming them. That’s just one of many examples.
Here’s an article I wrote regarding award winning Australian Mark Davis who explains the smear campaign mainstream media is using against Assange. Journalist Greg Bean compares his work to the time that the printing press was invented, putting ‘information’ in the hands of the people, right where it should be.
Right now, mainstream media is giving no attention to Assange, and when they do, they simply smear him in an attempt to sway public opinion about him, and justify the immoral and unethical actions they are taking against him, and journalism as whole.
advertisement - learn more
Do we really live on a planet right now where those who expose truth, expose corporate corruption, and those who want what’s best for the world and want to change the world, are locked away, murdered, silenced, censored, and thrown in jail?
The good news is, when something like this happens it only makes things more and more obvious. Julian Assange and Wikileaks were never a threat to national security. That’s simply the excuse to lock him up. Today, national security is used as an umbrella term to classify information that exposes wrongdoings of the global elite, or information that threaten their interests. The type of information that Assange exposes, and media outlets are exposing in several different fields, from politics to health, has huge implications for the world, and huge implications and potential to shift human consciousness because it assists in many people having a large perception shift about the world we are living in, and what we choose to accept.
Despite all of the Orwellian type of measures and action against information and people like Julian Assange, it’s simply a sign that we are making progress and indeed moving forward. The world is waking up. At the end of the day, we are the ones who accept the systems that surround humanity. Collectively we are choosing it, and collectively we accept it, but collectively we are no longer accepting it, and collectively we are changing it. And the more censorship happens, and figures like Julian Assange are persecuted, the more we wake up and collectively see that something else is going on here.
In the fourth episode of The Intercept’s weekly show, host Glenn Greenwald focuses on the case and prosecution of WikiLeaks founder Julian Assange. Glenn talks to human rights lawyer Jennifer Robinson, who represents Assange, and Washington Post media columnist Margaret Sullivan, who is an outspoken and consistent defender of press freedom. It’s a great discussion for those who are interested.
https://youtu.be/gG_9j6aquaY
https://www.collective-evolution.com/2020/04/23/the-latest-on-the-prosecution-attempted-extradition-of-julian-assange/
Thanks to: https://www.collective-evolution.com