OUT OF MIND » OUT OF MIND » COVID-19 » Dr Tenpenny: This is the Biggest Scam Ever Perpetrated on the Human Race

Dr Tenpenny: This is the Biggest Scam Ever Perpetrated on the Human Race 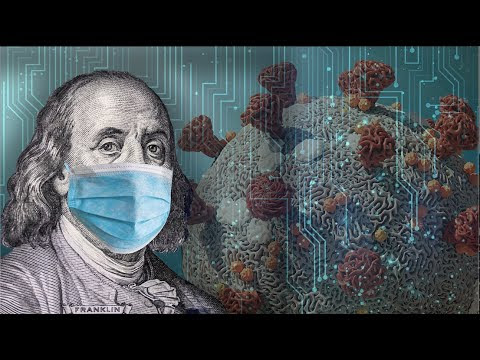 Dr Tenpenny: This is the Biggest Scam Ever Perpetrated on the Human Race

Spiro Skouras is joined by Dr Sherri Tenpenny, physician, author, speaker and publisher of Vaxxter.com to The two assess the lockstep global response to the coronavirus false flag.

With Trump de-funding USAID and UN initiatives like Climate Change and the WHO, plus stopping much of the drug- and human trafficking that used to grease the wheels of the Deep State, the latest gambit seeks to tap the public coffer in the name of a vaccine, which Spiro notes, “not only provides unlimited funding, but also provides blanket legal immunity to Big Pharma for any harm attributed with the treatments produced during the declared emergency, including all drugs and vaccines.
“This blanket immunity is provided by the US government under the PREP Act and provides the drug and vaccine manufacturers the ‘Ultimate Blank Check’ during a declared emergency. As Dr. Tenpenny points out, the vaccine and drug manufacturers have zero incentive to produce a safe product, as the declared emergency not only rolls back regulatory standards and removes them from any and all liability, but it also ensures the government will purchase their products.”
This becomes all the more disturbing with the looming spectre of not just mandatory vaccines but compulsory vaccines. In the UK (Tavistock central), they’re working on a law that would jail individuals who make “anti-vax” posts on social media.
Dr Tenpenny and Spiro discuss the endless ways that the global response to the coronavirus is an epic hoax, from the openly deliberate inflation of deaths being attributed to it to the tests, some of which were reported to be infected and likely giving false positive results.
As Dr Tenpenny says, “When they said, ‘Well, everybody’s got to get tested.’ What are they testing for? If there are 36 known coronaviruses that have been around for six decades – for sixty years, these viruses have been known and been typed and it’s an RNA virus, so each time it goes through somebody…it morphs into a new subtype.
“What are they testing for? Are they testing for the fact that you had coronavirus influenza-like illness 7 years ago and now you have an antibody to that? Is that what they’re finding? Are they are they specifically looking for the SARS-CoV2 antibody? Has it been around long enough for anybody to do that?
“We know there are at least 30 sub-strains of that virus. We keep talking about ‘The Virus’, like there is one. There’s the virus…from the beginning, the Wuhan virus outbreak and whatever it was was different than was happening in Iran; different than what was happening in Italy; different than New York; different than California – and even The New York Times ran an article, I think last week, that said they know there’s at least 30 of subtypes of this family of this particular virus, already…so what are we testing for?
“…if you get an IgG antibody, does that mean you’re currently sick and you’re recovered or does that mean that you had an IgG antibody from the virus that you had 17 years ago? What does that mean?
“And if you have an IgM antibody and you are completely asymptomatic, does that mean you’re ‘infected’ and you might be like Typhoid Mary, spreading stuff around?
“They mixed all that data together, they threw it all in a pot, so none of it has any validity, none of it. None of it! And since we don’t know what the true denominator is, we have no understanding about incidence and prevalence and…the death rate is absolutely irrelevant.”
The question becomes, ‘What the Hell are they going to put in the vaccine?’
To date, vaccines have NEVER BEEN TESTED for:
• synergistic toxicity
• carcinogenic potential
• mutagenic potential
• teratogenicity (causing birth defects)
• potential to impair fertility

OUT OF MIND » OUT OF MIND » COVID-19 » Dr Tenpenny: This is the Biggest Scam Ever Perpetrated on the Human Race