The Dead Zone and the Cure 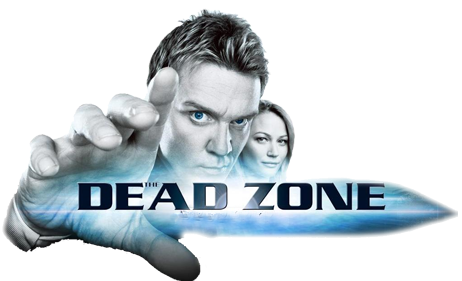 The Dead Zone TV series ran between 2002-2007, starring Anthony Michael Hall, who played Johnny, a small town public school teacher who gains extraordinary psychic powers after he wakes up from a car accident that had left him comatose for 6 years.
In the 14th episode of the second season, entitled “Plague”, Johnny must help the local health inspector identify and find the source of a mysterious virus before it kills off the entire town.
1. The school is put on “lockdown”.
2. Everyone must wear masks, due to “political pressure”.
3. The town’s local health inspector in charge searches frantically for the animal vector, saying it would take the CDC months to identify it.
4. China is mentioned as a possible source of the deadly virus.
5. Johnny has a fitful dream, in which he clairvoyantly identifies the deadly pathogen and sees that chloroquin “suppresses the enzymes” of the virus.
6. The school nurse derides Johnny, saying that there’s no cure for the virus he identified and that chloroquin would ever work, as it’s an “anti-malarial drug”.
7. The infected patients all take chloroquine – all make swift and full recoveries.
8. The health inspector says, “The CDC would have figured it out eventually – but not in time.” Johnny saved everybody’s life.
CHLOROQUINE IS BEING ACTIVELY SUPPRESSED BY THE MSM
Chloroquine and its milder cognate, hydroxychloroquine have been approved medications since the 1950s. Hydroxychloroquine is on the World Health Organization’s List of Essential Medicines, the safest and most effective medicines needed in a health system. In 2017, it there were five million prescriptions written for it in the US, mainly to treat rheumatoid arthritis, lupus and porphyria.
A new Chinese study shows treatment with chloroquine reduces viral loads significantly faster than non-chloroquin therapies, reduces fever more quickly and earlier intervention produces greater results. A half dose was also found to be effective and no adverse events were reported.
On Monday, Italian pharmacology scholar, Annalisa Chiusolo told The Jerusalem Post that, “COVID-19 damages the hemoglobin, impairing the ability of red blood cells to transport oxygen throughout the body, compromising the lungs and resulting in Acute Respiratory Distress Syndrome (ARDS).”
Chiusolo says that SARS-CoV-2…needs porphyrins for its survival – and probably for its replication – so it attacks hemoglobin, the protein that carries oxygen in the blood, which translates to less oxygen available for the body.”
Because men have higher hemoglobin levels than women and children, they have more of this “fuel” available for the virus and are therefore more susceptible to COVID-19.
The pneumonia caused by the coronavirus is also more prevalent in elderly patients and those with diabetes, which Chiusolo says is linked to increased levels of glycated hemoglobin, which become elevated with age and with diabetes.
Anthony Fauci’s National Institutes of Health has known for at least 15 years that chloroquine is an effective inhibitor of coronaviruses, having studied it during the SARS outbreak.
On August 22, 2005, the NIH published an article under the heading “Chloroquine Is a Potent Inhibitor of SARS Coronavirus Infection and Spread,” in which researchers reported that, “concentrations of 10 μM completely abolished SARS-CoV infection.”
In addition, they reported that, “chloroquine has strong antiviral effects on SARS-CoV infection of primate cells…These inhibitory effects are observed when the cells are treated with the drug either before or after exposure to the virus, suggesting both prophylactic and therapeutic advantage.”
In other words, chloroquine helps prevent COVID-19!
How could Anthony Fauci downplay chloroquine? Why would he rather collapse the global economy?
Back in February, Dr. Didier Raoult, the most-cited microbiologist in Europe had such spectacular success using HCQ to treat victims of SARS-CoV-2 that he said, “it’s game over” for coronavirus.
But try telling that to Yahoo News, who belittle him, the same way the entire Mainstream Media has been trashing chloroquin, with some pushing the narrative that Trump is advocating it for some corrupt purpose.
The evil of these Globalists knows no bounds.
The Association of American Physicians and Surgeons officials Dr Michael Robb and Dr Jane Orient wrote in a letter to Arizona Gov Doug Ducey, a Republican, to rescind his executive orders forbidding prescriptions for the prevention of COVID-19, saying, “We believe that there is clear and convincing evidence of benefit both pre-exposure and post-exposure.”
Citing observational data through April 20 from multiple countries, “about 2,333 patients treated with hydroxychloroquine, some in combination with zinc or azithromycin. Of those, 91.6% improved clinically.”
Also, there was a 1,900% difference in mortality of elderly (.5% vs 10%).
“Based on this evidence, we request that you rescind your executive orders impeding the use of CQ and HCQ and further order that administrative agencies not impose any requirements on the prescription of CQ, HCQ, azithromycin, or other drugs intended to treat or prevent coronavirus illness that do not apply equally to all approved medications that may be used off-label for any purpose,” they wrote.
I do think the time has come, when we, as citizens need to stand up to these corrupt authorities who want to bankrupt us with this lockdown and to prevent the use of a proven cure, while they enforce compusory injections upon us with their bioweapon.

» The Quake To Make Los Angeles A Radioactive Dead Zone/ It is already a dead zone most people just do not know yet!
» The Ocean Is Suffocating:Dead Zone Bigger Than Scotland Identified in Gulf of Oman
» Gulf of Mexico DEAD ZONE Check out this Video - Skin Eating RASHS DONT EAT THAT SEAFOOD
» Gulf of Mexico hypoxic 'dead zone' forecasted to exceed 17 250 square km (6 660 square miles)
» Dead Men Tell No Tales in Broward County: 3 Recent Whistleblowers Who Ended Up DEAD