The Montauk Project: The idiotic conspiracy theory that inspired ‘Stranger Things’ Tue May 05, 2020 9:49 am 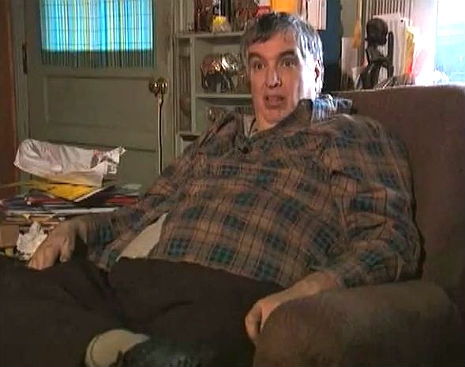 This is a segment from my Disinformation TV series that originally aired late nights on UK television’s Channel Four network in 2000 and 2001. This and many more bits from the series are streaming at Night Flight Plus. Get a full year membership for $29.99 ($10 Off) for a limited time with discount code: DANGEROUSMINDS.
In January of 1999, I started to put together the pilot episode of what would become a two series run of a show produced for Britain’s Channel 4 called Disinfo Nation if you lived in the UK, and Disinformation in the rest of the world. The very first day of shooting was such an outrageous experience that it was really never topped during the subsequent two years of production, 24 zany months that saw me going to fetish clubs, listening to the sounds of plants communicating and “investigating” behind the scenes of various ludicrous conspiracy theories.
A film and video producer I knew by the name of Chica Bruce—well known around New York for her work on Yo! MTV Raps—had become an aficionado of the “Montauk Project” conspiracy theory book series and when she heard about the TV pilot order I’d gotten from Channel 4, she strongly encouraged me to do a segment on her new obsession. I thought this was a good idea, having read several of the Montauk Project volumes myself, books I considered to be mind rot at its absolute finest. (It has been said that the Montauk Project books inspired the Stranger Things TV series.)
Chica had become acquainted with the key players in the conspiracy, as well as several “Montauk experiencers,” as she put it, disturbed young men who had “feelings” that they too were a part of the nefarious goings on at a disused Air Force base on Long Island. How this generally occurred, she explained to me, is that they would read the Montauk Project books and their own repressed memories of working on the project would resurface. There were more than ten “Montauk Boys,” but fewer than twenty. Chica, a very attractive woman, was apparently the sole female traveling in such a circle, for reasons that would soon become pretty obvious. She scheduled interviews with two of the main Montauk players—and possibly a third—during a weekend shoot on Long Island. I also planned to interview Chica herself and have her show me around the site of the former Montauk Point Air Force base. I found her innocent willingness to buy into the obvious tall tales these clowns told added an entirely new layer to the story I wanted to tell. Chica could put herself through metaphysical logic loops that would have left someone with a less hardy appetite for weirdness feeling dizzy. Having a photogenic character like her to play off Jabba The Hutt-like Preston Nichols and Stewart Swerdlow—an effete goateed married man who told me on camera that he was sent back in time to assassinate Jesus Christ—was pretty perfect.
I always endeavored to present the conspiracy theory material with a completely straight face. I was heavily influenced by Chris Smith’s classic American Movie and the films of Christopher Guest. I wanted to make “real” mockumentaries. The goal was to produce something that lived up to a conceit of a title like Disinformation (meaning a mixture of truth and lies used as an information smokescreen) and the show’s cheerfully snarky tagline: “If you’re not wondering if we made this stuff up, we’re not doing our job right.”
The idea was to force the audience to ask themselves if it was real or if it was scripted—several times—during the course of each show. For that to work, it had to seem like I believed it, too, no matter how preposterous or insane what the subjects were saying was. I also had to convince the interviewees that I bought into their reality, too.
I hit upon my interviewing style on the first day and it really worked for me: I’d ask extremely detailed questions, designed to elicit extremely detailed answers and then I’d have plenty to work with in the edit room. But there was an additional, less obvious psychological benefit to this approach. Here’s an example of what I mean by that: In the case of my interview with Preston B. Nichols, I went through every single page of his totally crazy books and instead of asking broad questions like “So tell me about your involvement with the Montauk Project…” I’d ask something more along the lines of “How were you recruited for your first job on the base or did you apply for the job? Was it a friend or a family member who told you about the job? I guess I’m a little unclear about how you found yourself there in the first place” and then he would be obliged to clarify it for me.
I’d follow that up with “Did you have to pass any sort of top secret security clearance before you started work there?” and I would drill down from there.
You see what I was doing, demonstrating a better than usual familiarity with the backstory—I’d clearly done my research, which showed respect—but not getting it quite right so he’d be obliged to correct me on a small detail. I was a TV guy slickster in an expensive suit on his turf, so it was imperative that I disarm whatever nervousness or intimidation my persona presented him with and get him on my side from the very start or I wasn’t going to be able to get the sort of footage I needed. This little trick—and the fact that I can keep a straight face with the best of them—worked wonders for me. 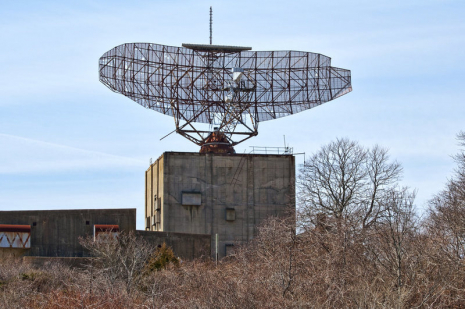 Preston Nichols’ home was a tiny old house that looked extremely incongruous among the million dollar McMansions that surrounded it. As we drove closer and saw the weed-covered yard and modified school bus in the driveway, it became obvious to us that we were indeed in the right place. Nichols lived there with his father, a morbidly obese old fellow who watched football perched on a La-Z-Boy

recliner. He reacted to the crew and myself like Gollum would after being exposed to light for the first time in years. He was so fat that it was hard for me to tell if he had any bones. He didn’t even bother moving as we tried to set up around him and he passed gas frequently, in front of us, without any shame.
Their home was one of the filthiest places I’ve ever seen and a huge stack—and I do mean huge, there were at least 500 cans—of Spam (yes, the processed meat product) sat piled in one corner, stacked neatly on a wooden palette. Semi-eaten cans, with spoons stuck to them, were seen all over the place, as if it was all the pair ate. Directly from the can. There was junk everywhere. The bathroom was a rusty, pissed-covered scandal. The toilet seat had been cracked completely in half and then put back together with several rolls of thick cellophane tape. Preston wore a sweatshirt that had dried food and Spam gravy spilled all over it. It was not pretty and he smelled real bad, too.
Although he was obviously quite suspicious of me—and not without good reason, of course—I got exactly what I needed from the interview (Except for one thing: Preston’s dead mother had constructed a memorial shrine to the actor Yul Brynner, an entire wall of framed photographs, newspaper clippings and magazine articles next to the massive pile of Spam. Afterwards, in the van, I asked the cameraman if he’d gotten some good shots of it, but alas he had not, thinking it had nothing to do with the story. No Spam pile, either.)
Next up was Stewart Swerdlow, a curious fellow who told me in great detail, not only of his involvement with the project, but of his time spent in federal prison for a crime he told me that he’d been brainwashed to commit. I also met his new wife who explained that she’d been introduced to him while he was in prison by a psychic who told her that Stewart was her soul mate, and soon afterwards she divorced her husband for him. Stewart himself, as you will see, admits ruefully that he’d been “manually deprogrammed” by Preston Nichols, as he quite self-consciously alludes to this incident during the interview.
Lastly there was Chica Bruce herself, valiantly trying to convince me that I had not seen what I had just seen with my own two eyes—that Preston was a fat fibber/closet case using conspiracy theories for ulterior motives and that Stewart being a blatant New Age con man (He was purveying “color therapy” at the time and offered to “do my colors” for a discount. I passed). I did an interview with Chica and then she took me on a tour of the decommissioned air force base (now a state park).
As we walked around the park—it was fucking freezing—she kept asking me things like “Don’t you feel that? C’mon man, you don’t feel ANY like inter-dimensional weirdness going on here? NOTHING?”
“No, sorry, I ‘feel’ nothing.”
Chica was earnestly looking for the Montauk Project conspiracy. There was a conspiracy all right, just not the one that she was looking for…
With this background, have a look at “The Montauk Project”:

Re: The Montauk Project: The idiotic conspiracy theory that inspired ‘Stranger Things’ Tue May 05, 2020 11:13 am

Posts : 3722
Join date : 2017-02-15
One of my good friends was mk ultra. He talks about the montauk island that he was experimented on there a lot when he was very young. He was also in the military unlike most people who say they are mk. Remember all those bugs disease, and those new hornets taking over right now all come from the expereiments there. The animal to human transmission ones too. This is when the paper clip nazi scientist were brought and allowed to flourish.
I am not saying everyone is mk or has been an experiment there and you have to remember some people are metnally ill becasue of heavy metal poisoing, vaccines, nutritional depletion and perdictive programming, people just see things so much and it becomes their story. Some people mk are real and they are not going to talk publically about any of it, they have to pretend it never happened and try to live a normal life, talking about it sets them off and it is a emotional spiral.