As Western intelligence continues to investigate China’s handling of COVID-19 as it spread throughout Hubei province in December, disturbing evidence continues to emerge that the Chinese Communist Party (CCP) engaged in a massive cover-up of what was going on.
Now, we’ve learned that the Wuhan Institute of Virology – which was conducting controversial experiments into animal-to-human transmission of bat coronaviruses, altered their database in an apparent attempt to distance the lab from the outbreak.
[url=https://www.zerohedge.com/s3/files/inline-images/wiv wuhan]

[/url]
“Days before the Wuhan wet market was bleached, whistleblowers were punished and virus samples were destroyed, someone at the high-security Wuhan Institute of Virology censored its virus database in an apparent attempt to disassociate the laboratory from a novel-coronavirus outbreak that would become a global pandemic,” reports the New York Post‘s Miranda Devine, citing a UK intelligence analyst who found the alterations via open-source methods.
Notably, the alteration occurred two days before a gene sequencing lab was reportedly ordered by the Health and Medical Commission of Hubei Province to destroy samples of the new disease and withhold information.
According to the report, the alterations – conducted on the evening of Dec. 30 – were substantial, and occurred the day before the CCP notified the World Health Organization about the outbreak of a cluster of pneumonia cases in Wuhan.
The primary database contact is none other than Shi Zhengli – now known as “batwoman” for her controversial experiments, including the creation of a ‘chimeric’ coronavirus that can infect humans. According to the report, Zhengli was in Shanghai for a conference when she was summoned back to Wuhan to deal with the outbreak which had been detected in two pneumonia patients. While on the overnight train back to Wuhan, the database was altered. 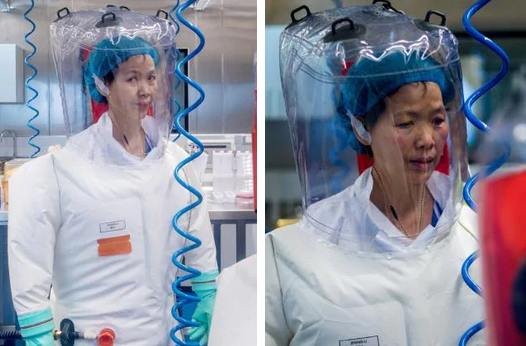 Most of the changes were to delete the keywords “wildlife” or “wild animals.” This is significant, because global health researchers say the virus jumped from bats to humans via another wild animal — the crucial “missing link” in the COVID-19 transmission chain.
Shi used to boast that her bat-virus database was unique because it included data on virus variants in other wild animals.
Was her database censored to keep prying eyes away from references to cross-species transmission of viruses in wild animals?
For instance, the title of the ­database was changed that night from “Wildlife-borne viral pathogen database” to “Bat and rodent-borne viral pathogen database.”
“Wild animal” was replaced with “bat and rodent” or “bat and rat” at least 10 times in the database. Also, a reference to “arthropod vectors” was removed.
Keywords that might facilitate searches potentially connecting the database with the outbreak also were deleted. “Wild animal samples,” “viral pathogen data,” “emerging infectious diseases” and “cross-species infection” were keywords associated with the original version.
On Dec. 30 they were replaced with “bat,” “rodent” and “virus.” –New York Post

“It looks like a rushed, inconsistent effort to disassociate the project from the outbreak by ­rebranding it,” according to the UK intelligence analyst who discovered the alterations. “It’s a strange thing to do within hours of being informed of a novel-coronavirus outbreak.”
“If the WIV had found the missing link between bat virus RaTG13 and SARS-CoV-2 [the coronavirus that causes COVID-19] from an animal vector, it would have been in Shi’s database,” he added.
Read the rest of the report here.
Source: Database Of Wuhan’s ‘Batwoman’ Altered 48 Hours Before COVID-19 Samples Ordered Destroyed