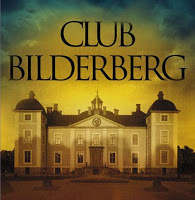 While the attention of most Americans was focused on whatever trivia
dished out from the mainstream media such as the current hot celebrity
or the David Petraeus incident, it appears that the Bilderberg Group has
arranged what some have described as an impromptu meeting in Rome,
Italy.

Yet, although much of the European press is dark on the issue, which is
unfortunately characteristic of the mainstream media in any nation, some
Italian newspapers are reporting the information regarding the meeting.


According to 21stCenturyWire,
the agenda apparently centered around the fate of EU countries such as
Italy, Spain, and Greece, three nations that have been hit hard with the
worldwide derivatives crisis and the subsequent imposition of
austerity.

Various newspapers from all across Italy are reporting that around 80
members of the Bilderberg Group, particularly the Bilderberg Steering
Committee, have been called to Rome for a semi-secret meeting to discuss
the unfolding events of the engineered crisis.

In contradiction to the traditional methods of secrecy used by the
Bilderberg Group such as renting entire hotels for days on end and
dispensing with the guests and even some of the workers during the
conference, this Italian Bilderberg meeting is taking place at the same
time as another popular event, the Rome Film Festival.

Thus, instead of meeting in total secret, it appears the Bilderberg
Group is attempting to hide its treachery in plain sight while blending
in with the rest of the crowd of actors, actresses, directors, and
general celebrities.

In this instance, one might suspect that the strategy of the group was
to use the Film Festival as a cover for the attendees. If any were
sighted at the Hotel de Russie, the sight of both the festival and the
meeting, they could always claim they had only come to attend the film
festival, do a short interview on the importance of film in Italian life
and their favorite movie, and remain largely ignored in favor of the
real celebrities walking about.

In a cruel twist of irony and outright disdain for the “little people,” and as J.G. Vibes of the Intel Hub writes, Italian newspapers estimate the cost of the Rome meeting to be around 100,000 euros for 80 people in attendance.

Brandon Turbeville is an author out of Florence, South Carolina. He
has a Bachelor's Degree from Francis Marion University and is the author
of three books, Codex Alimentarius -- The End of Health Freedom, 7 Real Conspiracies, and Five Sense Solutions and Dispatches From a Dissident. Turbeville
has published over 175 articles dealing on a wide variety of subjects
including health, economics, government corruption, and civil liberties.
Brandon Turbeville's podcast Truth on The Tracks can be found every
Monday night 9 pm EST at UCYTV. He is available for radio and TV interviews. Please contact activistpost (at) gmail.com.