NASA Planetary Defense Coordination Office on high alert this week as Earth passes through debris cloud Tue May 12, 2020 10:41 am 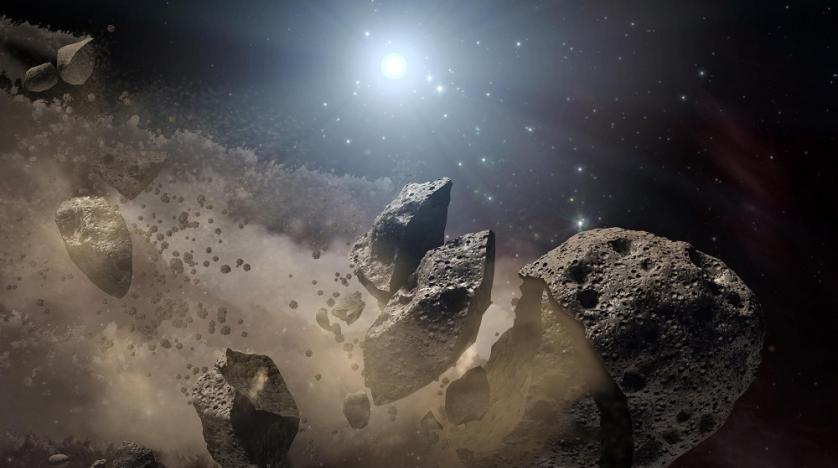 Several space rocks are expected to cross paths with earth this month, but the largest one, and potentially the most dangerous, is the Apollo-class 1997 BQ asteroid, as researchers believe that any space objects measuring close to one kilometre in diameter could have devastating consequences for our planet.

NASA disclosed that 1997 BQ asteroid, also known as 136795, will “closely approach” Earth on the evening of 21 May, sweeping round at a speed of around 11.6 kilometre per second. The space rock was first observed back in January 1997 and is measured at between 0.668 and 1.493 kilometers in diameter, judging by its brightness, which makes it “roughly” comparable in size to the Golden Gate Bridge, the space agency notes.

(INTELLIHUB) — NASA’s Planetary Defense Coordination Office will be on high alert this week as Earth passes through a portion of space with a highly pronounced debris field, Mike from Around the World asserted on a recent Pastor Baul Begley podcast that was streamed live last week.
​“Eventually it’s going to get bad but we don’t know how it’s going to be,” Mike explained. We can’t escape a certain portion of it… we are 100% going to pass through a very dangerous part of space and that is unavoidable.”


Mike told the pastor that NASA and other agencies will be closely monitoring the situation between May 11 and 15 to see if there will be an “impact” with Earth.
​“…the PDCO, the Planetary Defense Coordination Office is going to be very busy with Air Force Space Command and other entities to track inbounds that would threaten the Earth,” he said. “Something like that we could face during the month of May something similar to Tunguska a couple of times—that’s a real potential.”


Mike also told Pastor Bagley that insiders have been talking about a “cyclical” event that “happens to this Earth often” which Mike explained could make for some “pretty bad” times.
“It’s just a very unstable time and we could really see some blowback from this,” he said. “Nobody really knows how bad it is going to be–eventually it’s going to get bad but we don’t know how bad it’s going to be.”
​“If we see small fragments that is even worse here’s why,” he explained. “Small fragments if they are [coming in] at a repetitious type of rate that means was we are going to pass through is going to cover a big portion of the planet which means that a lot of places on this earth are going to be burned up because if the inbound debris.”